Will There Be Season 2 Of 'Squid Game'? Know Everything About The Hit Netflix K-drama

Will There Be Season 2 of Squid Game? Read on to know more about the hit recently released K-drama on the online streaming giant, Netflix. 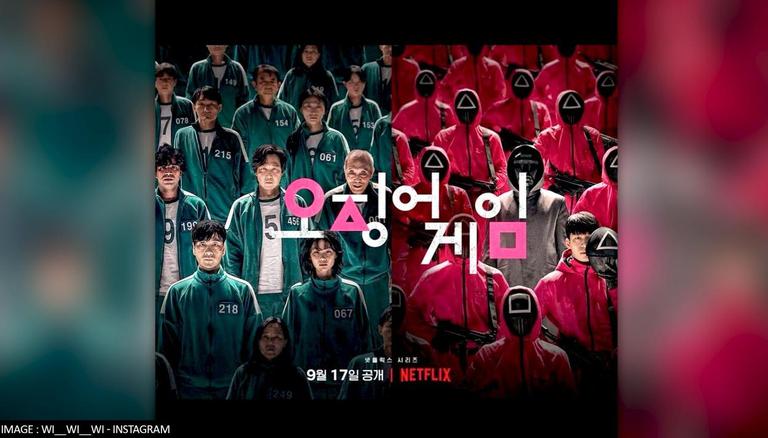 
Recently released K-drama, Squid Game on the online streaming giant, Netflix has swept the global audience ever since its premiere on September 17. It has risen to the top of the streamer's Top 10 in at least 66 countries. The action-adventure K-drama depicts a terrific, Battle Royale-style Game, where 456 people, all with huge debts, gamble their lives on a $38 million dollar payout.

Penned and helmed by Hwang Dong-hyeok, the series star Park Hae-soo, Lee Jung-jae, Jung Ho-yeon, and others in essential roles. Goblin star Gong Yoo also makes a cameo appearance in the K-drama. As the new Netflix show goes on to win hearts with its expertly written characters and 'what-would-you-do' dilemmas, many of its fans have started suggesting similar shows. Many fans are also expecting a possibility of Squid Game season 2.

Will There Be Season 2 of Squid Game?

Furthermore, Squid Game wouldn't be the first K-drama to get a renewal from the OTT platform. Earlier released historical zombie drama, Kingdom and high school romance drama Love Alarm were also renewed. Kingdom also got a spinoff film this year.

The streaming platform is yet to drop any hints on whether the nine-episode K-drama will be renewed for a new season or not. It has been 10 days since its premiere. Observing the streamer's pattern of waiting a few months to renew its US shows, one can wait for the time being to get any appropriate information. First announced in 2019, Squid Game's production took over two years to complete.

Fans are hoping if the season is renewed, Seong Gi-hun's (Lee Jung-Jae) story to continue. As deadly games take place all over the globe, with rich men from several countries gambling, many fans are wondering if some other country may become the venue for the second season.

Speaking about the renewal of Squid Game to Variety, the drama's helmer Hwang Dong-hyuk said that writing the first season by himself took a lot out of him. He said that writing the hit K-drama was 'harder than normal for him as it was a series, not a film.' He revealed it took over six months for him to 'write and rewrite' the first two episodes.

The filmmaker revealed that he is not planning to jump straight into a new season. Instead, he informed the outlet that he is currently writing a film named KO Club, which has an inter-generational war premise. He stated that he does not have 'well-developed' plans for the new season. But if he does in the near future, he would 'want multiple experienced directors' for the series.

WE RECOMMEND
From 'Thalaivii' to 'Kota Factory 2,' latest films & shows to binge on OTT this weekend
'Hometown Cha Cha' to 'Hospital Playlist': Here's list of famous K-dramas to watch
Listen to the latest songs, only on JioSaavn.com