As Netflix series, You is all set to release the third season, makers recently announced the fourth season that has left the fans rejoiced. Take a look. 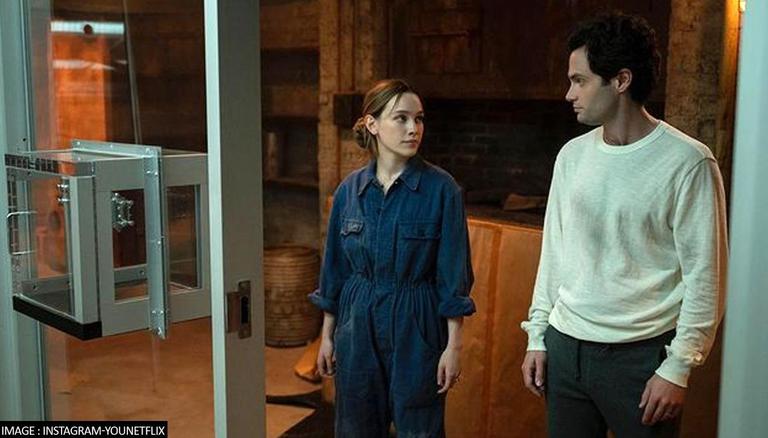 
Ahead of the release of the Netflix series, You season 3, the makers have announced the renewal of the show for the fourth season and have escalated the curiosity of the fans.

You is a popular American psychological thriller series created by Greg Berlanti and Sera Gamble based on the 2014 novel by Caroline Kepnes. The series follows the life of a bookstore manager who falls in love with a customer and develops a toxic obsession.

Fans reactions to 'You' Season 4 renewal

As Netflix recently took to its official Instagram handle and shared a video clip of the upcoming You season, they revealed that the series has been renewed for the fourth season ahead of the release of You season 3. The moment fans came across the news, it created a buzz on the internet and the fans began expressing their delight in the comment section. Many fans took to Netflix's official Instagram post and stated how excited they were for the upcoming seasons and also poured heart emojis in the comments section. Some fans also expressed their surprise at how the makers suddenly renewed the series for season four when season 3 was yet to be released, while others were glad to know that they had the fourth season to look forward to after they watched You season 3. Take a look at some of the fans reactions to Netflix renewing You for the fourth season.

You cast, plot and more

Backed by Warner Bros. Television, in association with Alloy Entertainment and A+E Studios, the first season of the show followed the story of a bookstore manager and a serial killer who falls for a customer and later develops delusional and toxic obsession. The second season follows his life when he moves to Los Angeles and falls in love with a local heiress. Furthermore, in the third season of the show, the story will continue ahead with the serial killer married to the local heiress he met in the last season and they will be raising their child.

the cast members of You season 3 include Penn Badgley as Joe Goldberg, Victoria Pedretti as Love Quinn, Travis Van Winkle as Cary Conrad, Shalita Grant as Sherry Conrad, Tati Gabrielle as Marienne, Dylan Arnold as Theo Engler, Saffron Burrows as Dottie Quinn and others. Season 3 has been slated to release on 15 October 2021.

WE RECOMMEND
'Meenakshi Sundareshwar': Netflix releases 'Matrimony' trailers of Sanya Malhotra starrer
'Squid Game': Korean speaker calls out Netflix series for ‘botched’ English subtitles
Netflix's 'Squid Game' to explore opportunities to 'create roadmap' for its video game
‘You’ season 3: Makers release poster with promise of Joe and Love 'killing it' together
'Chucky' TV series: All you need to know about the cast, Twitter review, episodes and more
Listen to the latest songs, only on JioSaavn.com