French archaeologists have found 2,000-year-old remains of an upper-class infant, believed to have been lived during Roman rule, decades after Jesus' birth.

French archaeologists have discovered 2,000-year-old remains of an infant, whose family is believed to have been "very rich" because of the sheer number of items found near the burial site of the child. The remains were discovered by the team of INRAP archaeologists, who were conducting a preventive survey for a planned airport expansion. Scientists suggest that the infant may have lived during the Roman rule when France was under the reigns of either Emperor Augustus or Tiberius between 27 BC to 37 AD, three decades after the birth of Jesus Christ.

According to INRAP, about twenty terracotta containers were found around the coffin, including remains of a half-cut pig and two hens. The pots contained food and drink related to the funeral banquet apparently kept for the deceased child. As per INRAP, some pots and vases may have contained medicinal products, which would be confirmed after the chemical analysis of the items. An iron hoop, along with a bent rod was also found near the coffin of the child, which scientists believe could have been a toy. 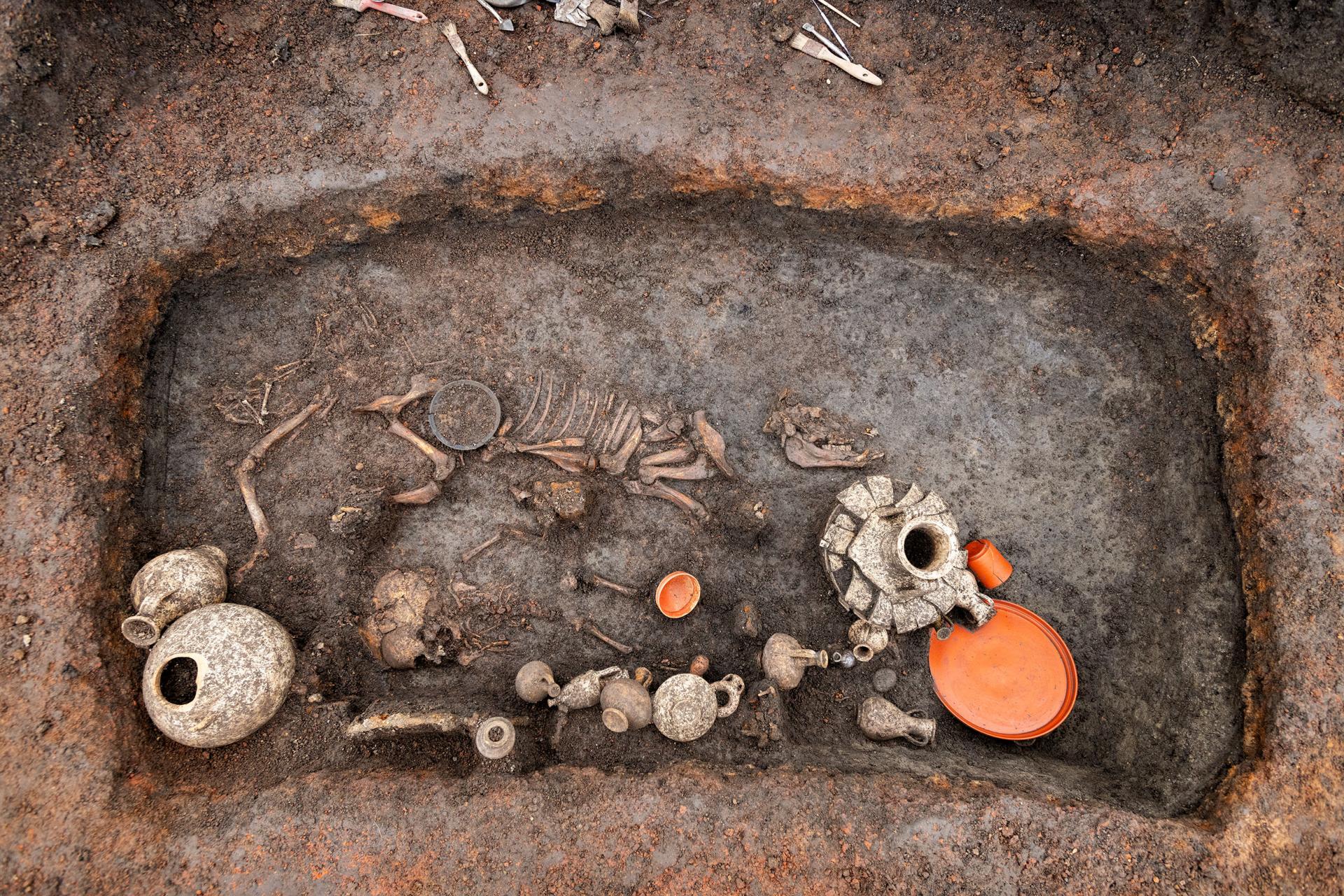 Read: Remains Of Dinosaur Fossil Thought To Be 230-million-year-old Discovered In Brazil

The burial site also contained a puppy placed at the feet of the deceased outside the coffin. The puppy wore a bronze collar and a bell, which are unusual because during the time dogs often accompanied their owner near their coffin, but the context of a collar and a bell remains unclear. The site also included a tooth of an older child, which scientists believe may have been belonged to one of the siblings of the infant.

Read: Skeleton Remains Of Man And His Slave Unearthed From Ashes At Pompeii

The site is believed to be the oldest child's burial place ever found in France. It was discovered in December last year near the Clermont-Ferrand airport, where the excavation work is planned to last until February. Only a few child graves provided a significant amount of items, however, still less than the one found recently, which proves that it belonged to a very rich family from the era.

Read: Mexico: Remains Of 59 Bodies Found Over A Week At A Site In 'cartel Battleground'