63-year-old Dadi's viral dance video on Chaka Chak is winning hearts over the internet. Check out her flawless moves and outstanding expressions here 
Atrangi Re's track Chaka Chak is making the entire nation groove to its peppy beats and the song is all over the internet with different artists from all age groups performing on the track. Recently, a 63-year-old Dadi's viral dance video on Chaka Chak has taken all over social media and garnered a lot of attention.

This video has won more than a million hearts on the internet. Dressed in a green and red bordered saree almost similar to Sara Ali Khan's look in Chaka Chak, the 63-year-old Dadi can be seen acing the Chaka Chak hook step. Her gorgeous smile during the entire dance video is making her performance look effortless. In fact, her enthusiasm seems to be so contagious that whoever watches her might feel like getting up and start shaking a leg on the track.

Some of the users commented wow and fabulous along with heart emojis, take a look: 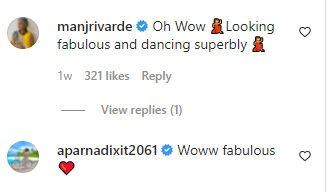 While other users praised her for her flawless moves with hearts and heart-eyed emoji's, here take a look: 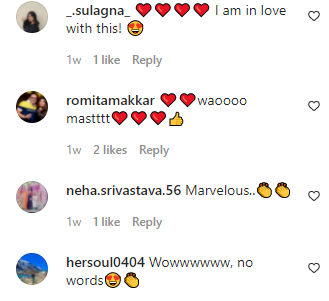 Some also praised her for beauty and looks, take a look: 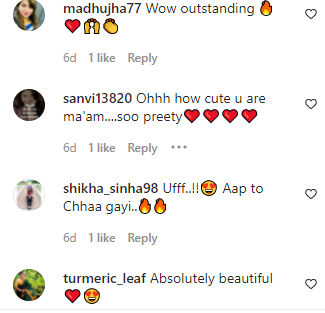 Fans are loving her dance so much that the video now has over two million views.

Ravi Bala Sharma has around 156k followers and she never fails to win the hearts of her followers with her flawless moves and amazing to the point expressions. Her moves have made the entire internet fall in love with her. Her fans are loving it so much that the video now has over two million views. Ravi Bala is the internet's favourite dancing Dadi and she eventually became famous during the lockdown when she started posting her dance videos. Since then, she has been posting many dance videos and her fan following is growing day by day as the entire nation is mesmerised by her outstanding moves.

She has emerged as a perfect example of age not barring one to follow one's passion and it shouldn't be a hindrance in achieving one's dreams.

WE RECOMMEND
Atrangi Re song 'Little Little' first look unveiled, Dhanush is a delight to watch
Sara Ali Khan and Rupali Ganguly groove to 'Atrangi Re' song 'Chaka Chak', Watch
'83', 'Don't Look Up', 'Atrangi Re': Here's what to watch on OTT & theatres this weekend
'Atrangi Re': Akshay Kumar, Dhanush starrer’s music album to be launched by AR Rahman
Aanand L Rai opens up on how his direction is influenced by 'actors' love'; WATCH
Listen to the latest songs, only on JioSaavn.com