More than 100 sick and injured Koalas have been found in Australia’s bushfire ravaged areas by a dog named Bear since the fire began last year.

More than 100 sick and injured Koalas have been found in Australia’s bushfire ravaged areas by a dog named Bear since the fire began last year. As per reports, the fires have burnt an estimated area of over 18 million hectares and has destroyed over 5,900 buildings. The fire has also killed hundreds of millions of animals and over 30 people.

According to reports, the pooch was disowned by its owners due to its obsessive-compulsive disorder that restricted it from playing joyfully with others. However, the canine was rescued by the University of the Sunshine Coast which eventually trained Bear to find and rescue Koalas. According to reports, it is the only dog in the entire world which could sniff out both Koalas' Faeces and fur.

In order to rescue wounded and hurt animals, the University first uses drone camera to locate the koalas hide in trees and then send the dog to sniff and find out their exact location. According to reports, most of the koalas have been found in Two thumbs wildlife sanctuary in New South Wales, Nerriga in southern Table]ands and Kandanga in Queensland.

The bushfires ended in march, however, the team still believes that dozens of sick and injured koalas are stuck there. Speaking to International media, Dr Romane Cristescu, a member of the team said that they were still in the quest of animals who are struggling to find food highlighting that many were on the edge of starvation. He added that their goal was to release them after they are “plump” and into the wild after sufficient food is available for them. The Australian Bushfire began in June 2019 with several uncontrolled fires that peaked during December to January. 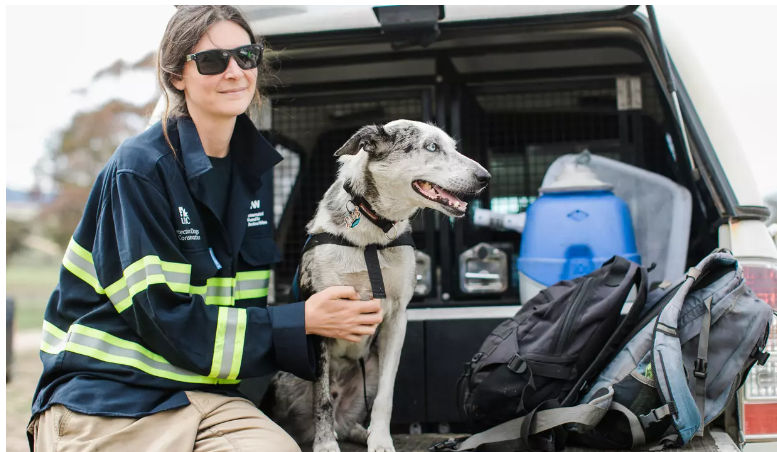