Brazil: Man Visits Doctor For Back Pain, Discovers He Has An 'extra' Kidney

Marking a rare case in medical literature, a man discovered that he had three kidneys after he approached doctors for lower back pain in Brazil.

Marking a rare case in medical literature, a man discovered that he had three kidneys after he approached doctors for lower back pain. According to reports, the 38-year-old Brazilian discovered his ‘extra organ’ after doctors at Hospital do Rim in Sao Paulo, Brazil conducted a CT scan to evaluate his back following his complaint.

The scan showed that man had slipped disk, a common condition wherein the cushion-like disk between the spinal vertebrate moves out of place, international media reported. However, what left medics bewildered was an added anatomical feature in his body. The doctors discovered that like a typical human, he did not have two kidneys, but three. 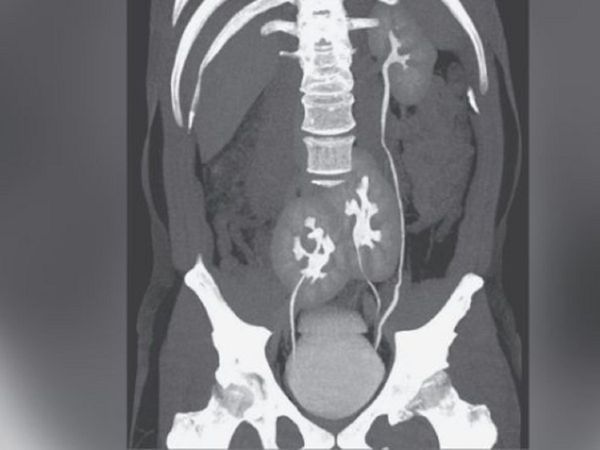 Two on the right side

Possessing three kidneys is a rare condition and there have only been less than a hundred such cases in the entire medical history. A report of the case was published in journal The New England Journal of Medicine which revealed that while there was a normal looking kidney on his left, there were two fused kidneys located near his pelvis on the right side.

"A 38-year-old man presented with low back pain associated with a herniated disk. A computed tomographic scan incidentally showed the presence of three kidneys."

Normally, each kidney is connected to the urinary bladder through a single duct called a ureter. In this man's case, one of the pelvis kidneys was directly connected to the bladder via a ureter. However, the ureter of the other pelvis kidney joined the ureter of the normal kidney on the left-hand side before it entered the bladder, the case report stated.

According to the report, such conditions emerged during embryonic development and since it does do not cause any medical problem, people do not discover it unless via a non-related medical diagnosis. According to media reports, the man has not shown any symptoms of kidney problem and his organs function normally. Meanwhile, doctors have suggested that he did not need any special medical attention for his extra organ. According to reports, they gave him oral painkillers for his back pain.

PEOPLE HAVE PLEDGED SO FAR
LATEST NEWS
View all
11 hours ago
Video: Dog pushes wheelchair of specially-abled human, netizens all hearts
8 hours ago
UK: Car gets carried away by waves as driver unloads jet ski, netizens in splits
9 hours ago
Leaf-tailed lizard beautifully blends in with surrounding, netizens call it 'spectacular'
6 hours ago
Video of puppies listening to bedtime stories from a stuffed toy wins internet
9 hours ago
Good News: 9-year-old boy with cerebral palsy walks 42kms and raises £91,700 for charity