Welsh butcher said that the carrots made of meat became popular amongst the people and turns out everybody loves them, the customers were flocking his shop.

A Welsh butcher, annoyed by vegans for naming plant-based food after meat, has reportedly created carrots using minced meat and parsley that has the internet rolling in the aisles. Tom Samways, the owner of T Samways High-Class Butchers in Cardigan cooked meat alternative for carrot and posted the pictures on Social media.

The 36-year-old was immediately flocked by the customers at his shop and he managed to sell over 300 meat carrots in a single day. The meat vegetable was prepared with minced pork that glistened orange colour like that of carrot, and Tom replaced the stem with branches of parsley.

Tom told the media that the meat carrots had become quite popular amongst the people and people loves them. He said that the whole thing started out as a joke on social media and was a part of a gimmick. He further added that he had no idea that the dish will be loved so much that the shop will run out of stock. 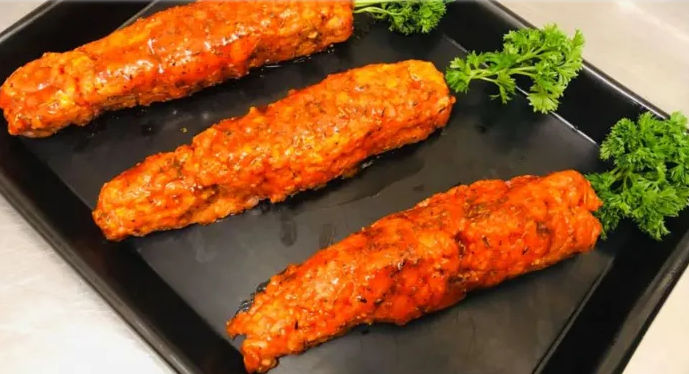 Tom reportedly said that the meat carrots were mostly just pork kebabs, only shaped like carrots. Tom’s Tweet on his now temporarily deactivated account about the meat carrot has been shared widely and was retweeted more than 12,000 times. It has been liked by more than 64,000 people so far. Users have left an exhilarated response to Tom’s unique food creation.

not 1 vegan is annoyed by this https://t.co/FTnWDmpebX

Rattled by someones diet. Dear me.

That’s interesting. Veganism must be really starting to be a threat then if butchers are getting snowflakey and upset about it.

Does it really bother people THAT much about what other people chose to eat?? People r sooooo weird😭 https://t.co/AkvjmCgq4t

Read Matt Riddle Responds To Randy Orton’s Twitter Jab, Asks Him Not To Smash His Head