Dubai 'Jetman' Vincent Reffet Dies While Training In The Desert

One of Dubai’s very renowned “jetmen”, Vincent Reffet, who was known for flying over the world’s tallest buildings died on November 17.

One of Dubai’s very renowned “jetmen”, Vincent Reffet, who was known for flying over the world’s tallest buildings passed away on November 17 while training in the desert. His organization Jetman Dubai released a statement saying that Vincent Reffet, who was 36 year old, from Annecy, France, was killed during the training. However, it did not reveal much details about the incident.

As per the reports by AP, the incident was not immediately acknowledged by the Dubai Police. The statement issued by his organization read, “Vince was a talented athlete, and a much-loved and respected member of our team. Our thoughts and prayers are with his family and all those who knew and worked with him”. (In this Sept. 27, 2013 file photo, base jumper Vince Reffet, of France, leaps from the 300-meter Open Deck of the Malaysia's landmark, Kuala Lumpur Tower during the International Tower Jump in Kuala Lumpur. Image Credits: AP) 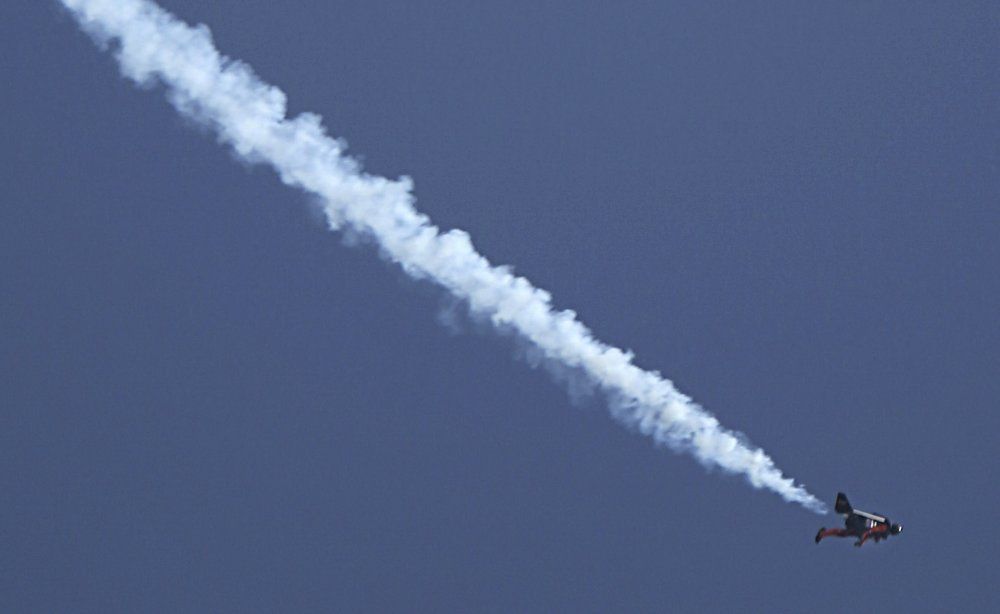 Reffet was known for various stunts that he had performed. He had also set a world record when he BASE-jumped off the Burj Khalifa. The jetman had won various gold medals for competing as a free-flying skydiver on a team. In the year 2015, Reffet was quoted by the AP saying, “It’s the sensation of freedom. Already, you know, when I am skydiving, I have like this feeling of freedom I can like pretty much go where I want but always going down”. He added, “With this machine … I can fly like a bird”.

During the month of February, a video surfaced on the internet which showed the daredevil performing a spectacular stunt into the skies above Dubai in its latest 'Jetman' manoeuvre. Reffet took off from the ground and climbed up to 1,800 metres (nearly 6,000 feet) similar to Marvel's Iron Man, as per the reports.

The Jetman has earlier launched themselves into the air by jumping from high rise platforms. Reffet said it is the result of effective teamwork where each small step generated huge results. He added that everything was planned and carried out accordingly. He further said that he was elated by the progress that was achieved.

Read: Save Daredevil Campaign: Here Is All You Need To Know About It