Actor Mark Wahlberg recently shared a video of his son, Brenden Joseph taking a middle shot of the basketball court with caption, “putting in that work".

Actor, producer Mark Wahlberg recently shared a video of his son, Brenden Joseph taking a middle shot of the basketball court with caption, “putting in that work” on March 1 and it has created a stir online. From celebrities to players of other sports, everyone has applauded the boy for being a “basketball star”. Within a few hours, the short video has been viewed 8,72,000 times with thousands of comments Tom Brady, Jimmy Butler, Mario Lopez, Tyrann Mathieu were among the people who found the video “amazing”.

Most internet users posted the 'fire' emoji as a reaction and one of them even said that he was “speechless”. One of the Instagram users also lauded Brenden's smile after he makes a successful shot even with the rebounded ball. Others wrote phrases like, “he's great”, “awesome”, “oh come on”. A netizen also wrote that  Wahlberg's son made the shot look “so easy”.

A user wrote, “The basket is cool. What’s better is how much he looks EXACTLY like you. Right on” 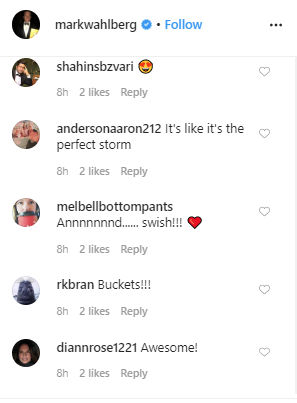 Another user said, “He is like a Secret character from NBA Jam”. 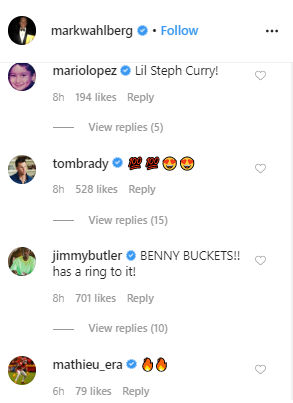 Not the first time

This is also not the first time that Wahlberg flaunted his child's skills in basketball and had shared a similar video on May 3, 2019. In the previous video, a woman’s voice can be heard talking to Brendan while he plays the game, saying, “You know what is hard? Making a half-court shot. Try it! Throw one!”. Then Brenden walks up to the half-court line and takes the shot with only one hand followed by the woman's cheer and Brenden being stunned by his own shot and said, “that was just a half-court shot”.

The actor who is also popular for having an intense workout routine is himself a basket player. In August 2018, he reportedly said that he and his co-star in 1995's The Basketball Diaries, Leonardo DiCaprio used to play many games together. He further has revealed that both actors have had an annual basketball game at Wahlberg's house. Besides basketball, the 48-year-old's children have reportedly also taken interest in football and horseback riding.