Sumatran orangutan mom cradling her baby went viral when the video was shared by Chester Zoo on their Instagram handle and left many people emotional. 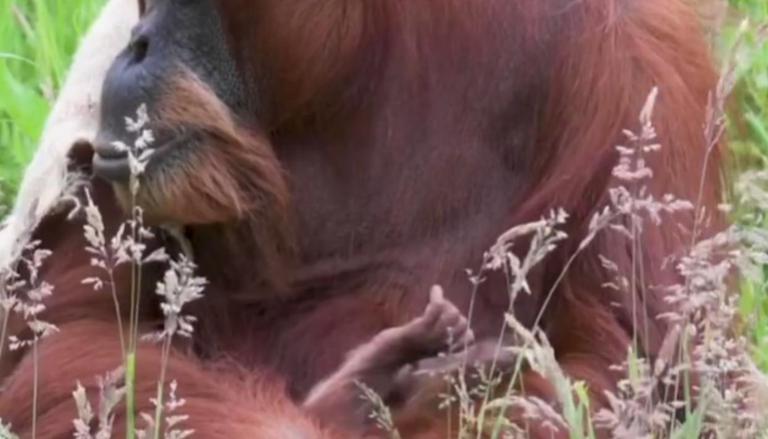 
Be it humans or animals, there is nothing purer than watching the love a mother has for her children. When one sees such moments between animals, the love of your own mother comes into your mind and it can make us emotional. Similarly, Chester Zoo posted a video on their Instagram handle where they had captured a moment of innocence between a Sumatran Orangutan mother and her newborn child.

Chester Zoo's Instagram handle has 279k followers and they constantly share content with animals being the star of the show. They posted the Orangutan video and received over 27 thousand views, while the video was liked by more than seven thousand people. The video was captioned: "BABY SUMATRAN ORANGUTAN BORN. The way mum Emma gently cradles her precious newborn. With just 14,000 left in the wild, these apes are critically endangered, making this little one’s arrival incredibly special."

Have a look at the video:

Several users took to the comment section and appreciated the love between a mother and a child. One user commented, "They are so beautiful and the mother looks so proud of herself! Congratulations to her." While another user, who had already visited Chester Zoo before and had met the Sumatran Orangutan mom, said that, "Her name is Emma and the zoo is very lucky to have her." In most comments, people had commented with a heart or a crying emoticon. The video was very well received by everyone online and made everyone really emotional.

In a similar act of love and care between two loving creatures, a dog gets afraid of drains while taking a stroll with the owner and does not want to step on the metal grills on the footpath. The dog wanted to walk in the opposite direction but the owner decides to pick up his big dog named Brodie and complete their stroll. The reaction by the owner impressed a lot of people for his quick thinking and his love for the dog.