The internet and social media, in general, is often filled with unverified stories. While some stories are uploaded as a matter of joke for people to have lighthearted fun, some stories take it a little further and provide completely fabricated news to people. These stories, when gone viral, can make people believe in false claims as share it ahead without having prior evidence to prove them wrong. One such story has now come forward.

Also read: Fact Check: Money under PM Garib Kalyan Yojana to be taken back if not withdrawn? 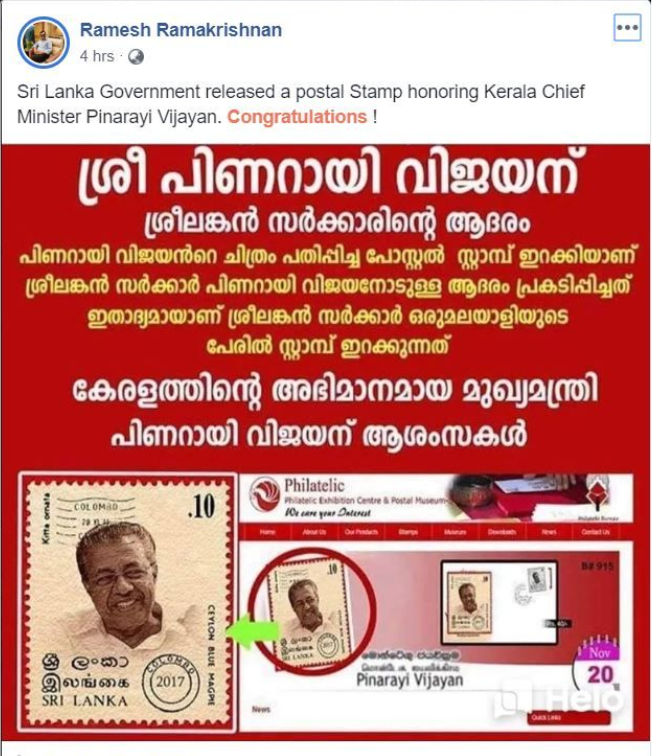 Also read: Fact Check: Did NASA issue an alert about the earthquake in Delhi beforehand?

The Pinarayi Vijayan stamp was not visible on the official website of Sri Lankan post. In the photo above, it is noted that the stamp was actually released in 2017, but after going through a catalogue of official stamps, it is concluded that the Pinarayi Vijayan stamp was not released at all and the claim is indeed false. Besides, one detailed look at the stamp can also give away that it is indeed a photoshopped image.

As the post about Sri Lanka issuing a stamp to honour Kerala's Chief Minister Pinarayi Vijayan started going around on the internet, people searched to find whether the story is true. This resulted in a surge of search results for the same. CHeck it out below - 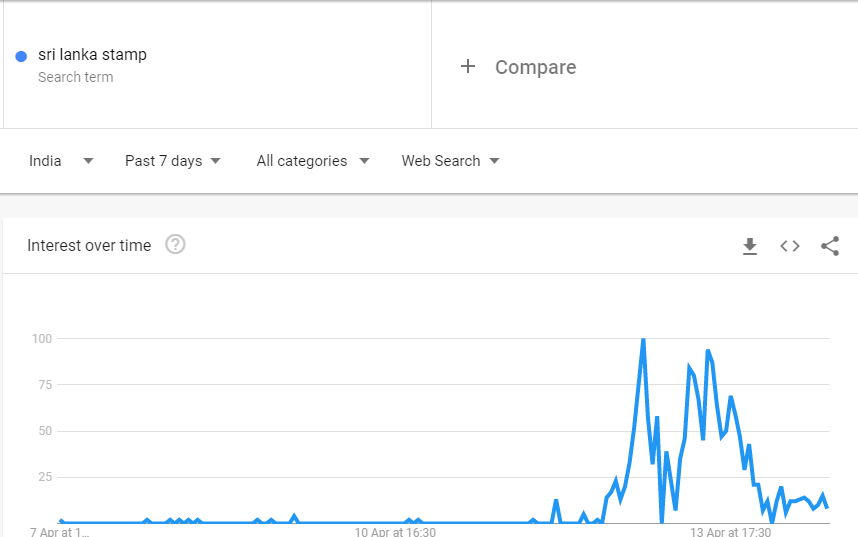