A video of Italian military carrying dead bodies in big trucks was shared on Twitter by a citizen of Bergamo. Read to know whether this is a real or fake video.

A video that surfaced online a few days ago took the internet by storm. The video was supposedly of the Italian military carrying dead bodies of people who lost their lives due to coronavirus. As there are many fake as well as real videos being shared all across social media, it is important to know whether this video is fake or real.

What is the video all about?

A resident of the city of Bergamo shared a video of the roads on which lines of Italian military trucks can be seen driving somewhere on March 18. The citizen, Eugenio Iafrate, posted the video and wrote in the caption, “Bergamo this evening. Army truck transporting coffins". Here is the tweet: 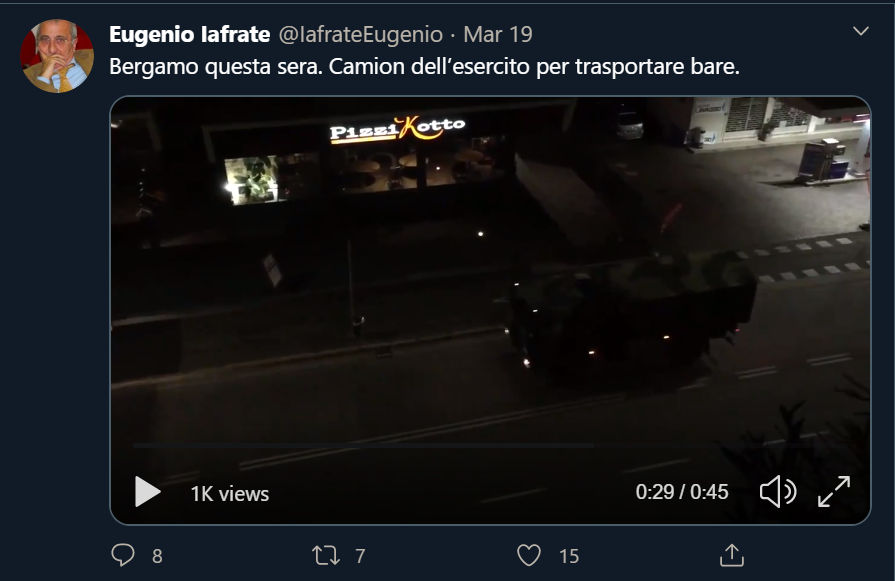 Is this video really of the Italian military carrying dead bodies?

Bergamo is one of the wealthiest and the most well-organised cities in Italy, as per an article in another leading news source. The crematoriums cannot cope up with the number of deaths and hence this action was taken. As Corriere della Sera, a national newspaper, reported, the crematorium in Bergamo can only accommodate 25 dead bodies at one time.

This video of Italian military transporting coffins shared by Eugenio has shaken up many people all across the world. People have been sharing the same on their Whatsapp as well as other social media portals. The Italian military video has been shared by many in order to make people aware that a simple move of staying at home can go a long way and save many lives. 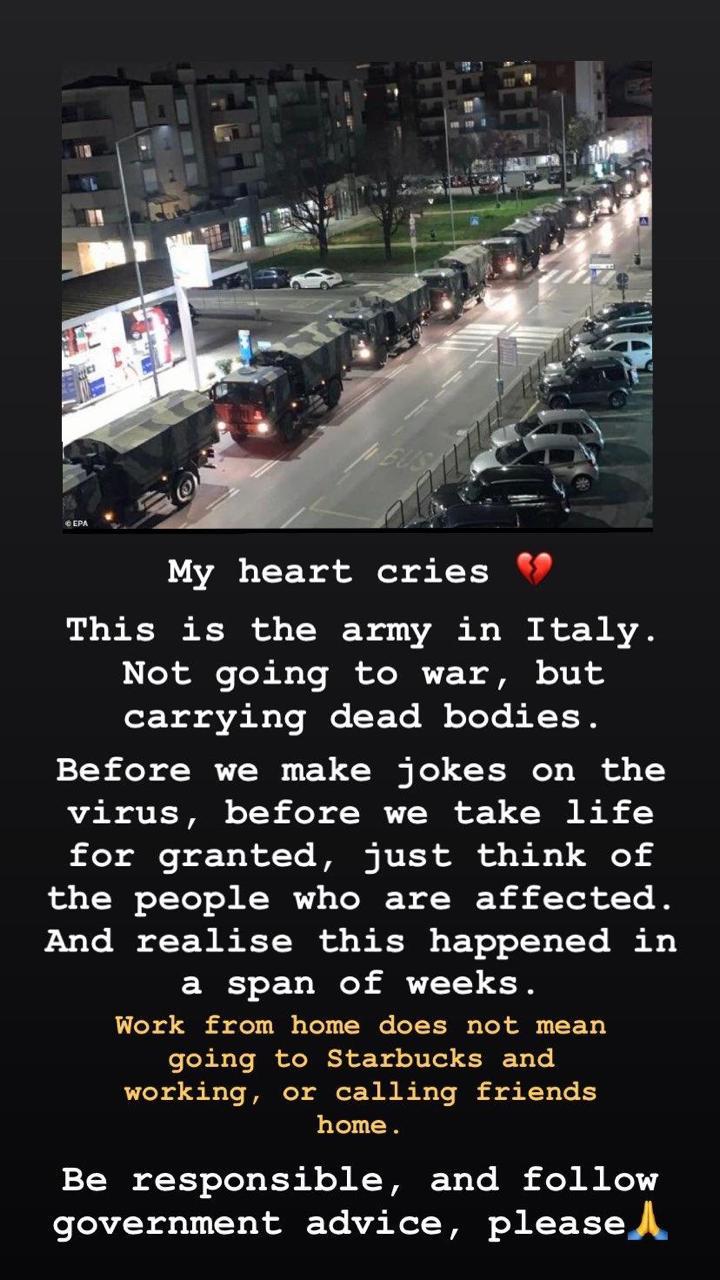 For those who still call it “just a flu”, or complain against #StayAtHome policy. A pic from #Bergamo: among richest cities in Europe, top healthcare system. These trucks from the Italian army move coffins to other towns. Local crematorium is full, too many deaths. pic.twitter.com/hl6uBIzFYP

Trucks of the Italian Army that transfer some of the dead bodies to another region to have them cremated.
If your heart doesn't tremble in front of these images,
I don't know what to do.
Stay home.
🇮🇹❤🙏 pic.twitter.com/uzC8OOnyEc