Fact Check: A message is going viral on social media which shows an alleged image sent by NASA taken on April 5 at 9 PM during the candle-lighting event.

The event of lighting candles at 9 PM on the windows and balconies was made successful by the citizens of India. Many people joined in this process of showing solidarity and togetherness in the fight against coronavirus. A viral message shows an image of India decorated with lights from space. People are sharing this and claiming that the image was sent by NASA.

A message is being shared across many social media handles where people are sharing an image of India decorated with lights, claiming that it is the picture from the time when everyone lit candles and diyas at their homes at 9 PM. The posts and messages talk about how India was shining with lights while the world struggled against coronavirus. Here are some posts from Facebook, Twitter, and Whatsapp of the NASA picture of India on April 5, 2020. 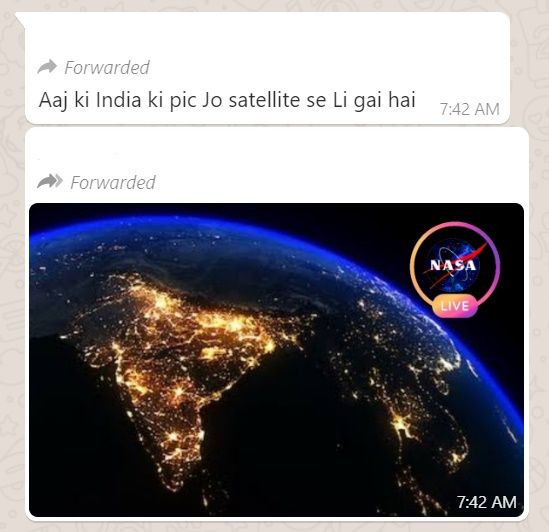 The image is a stock image that is available on the site Shutterstock. It is also important to note that the name of the image on Shutterstock is '3D Rendering Earth Night Asia'. The image is watermarked by NASA in the viral post, but a simple sweep through NASA's Twitter or Instagram account shows that the image is not posted by them.

ALSO READ | Fact Check: Will The 9 PM Event On April 5 Lead To An Electricity Grid Failure?

The viral image was shared on Facebook, Twitter, and Whatsapp with great enthusiasm as people thought it is the image of India when everyone lit diyas and candles at home. The image's watermark of NASA shows the icon of the space centre with a black background. NASA's logo has a white background. The watermark also has the symbol of LIVE, which can be seen on a person's profile on Instagram when they go LIVE. Since NASA's Instagram was not LIVE on April 5 at 9 PM, it can be said that the image is fake.

ALSO READ | Fact Check: Has PM Modi Announced That Lockdown Will Be Extended Up Till May 4?

The search for the image from NASA by people can be seen on Google Trends. As the event ended at 9.09 PM on the evening of April 5, the searches for the image spiked at 10.30 PM. It also saw an immediate fall after that. People tried to also search for NASA satellite images of India. 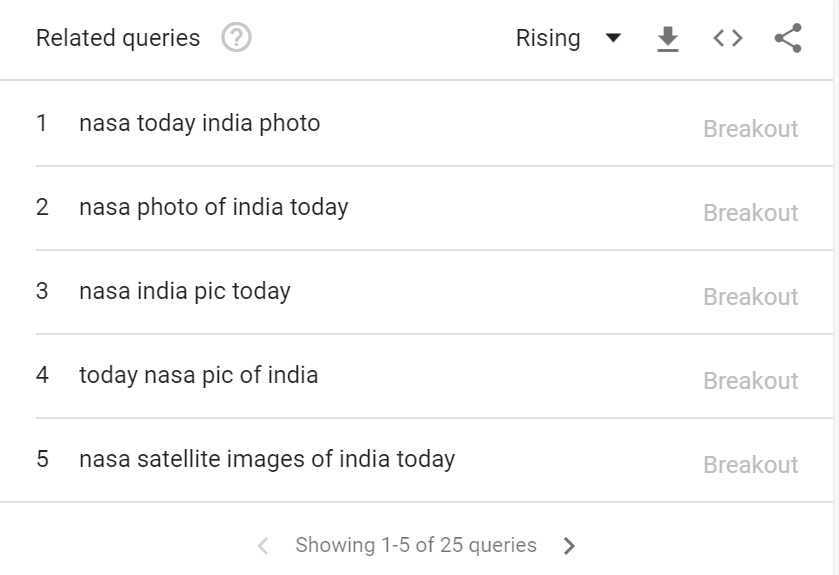 ALSO READ | Fact Check: Are The WHO Lockdown Protocol And Procedure For COVID-19 In India True?