Fact Check: Is The Audio Clip Of Pentatonix With 8D Technology A New Innovation?

Fact Check: A Whatsapp message along with an audio clip claims that the music is made using a new technology made by Pentatonix. This technology is 8D music.

Since the time the world has gone into a lockdown due to coronavirus, people are looking for various different ways to entertain themselves. A recent example is an audio that is getting viral on Whatsapp as well as other social media portals. This audio is claimed to be a new type of music technology developed by Pentatonix known as 8D music.

A Whatsapp audio is being shared across the country under the name of Pentatonix 8D style technology music. The message claims that the audio must be listened to only wearing headphones. It also talks about how it will give the listener the feeling of listening to the song with their brain rather than with ears. The effect that the music will create will make it seem like it is not coming from the headphones but from your brain instead. 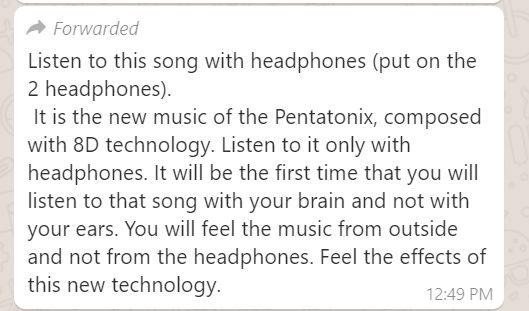 The song is also being shared on Twitter and people claim that it is blowing their mind. It has also been uploaded on YouTube multiple times as people seem to be enjoying the music. Here is the tweet with a clipped version of the music:

This is a complete version of the song:

ALSO READ | Fact Check: Has Someone In Goa Dressed Up As A Ghost To Make People Stay At Home?

The audio clip does not belong to the pop group Pentatonix. There are no official videos on YouTube as well as on their social media sites that they have published such a song. Another important thing to note that 8D technology in music is not a new one. People have been using these sound effects on many songs to make mixes and remixes.

ALSO READ | Fact Check: Is The Financial Year 2020 Extended By The Indian Government?

After listening to the clip, everyone is wondering, " What is 8d technology music?" As per an article in an international daily, 8D music is truly not 8D in nature but is a combination of different processing methods. It is a technique that uses intense audio effects that gives one a feeling that the sound is coming from their head instead of the headphones. The 8D technique has been a part of the musical world for a long time and is not a new innovation. 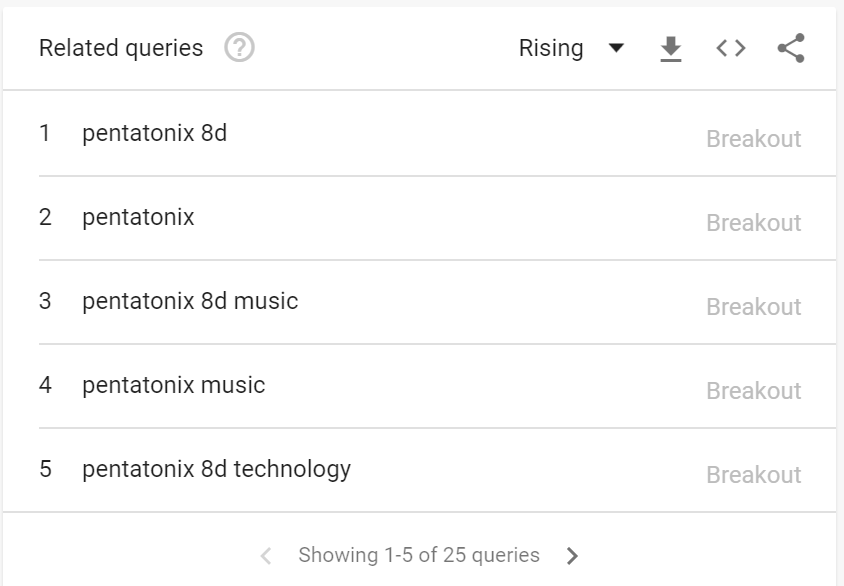 ALSO READ | Fact Check: Is Khar-Bandra On High Alert Due To The Coronavirus Outbreak?