PM Modi on Friday will travel to West Bengal & Odisha to take stock of the situation in the wake of Cyclone Amphan. Here is PM Modi's tentative schedule

Prime Minister Narendra Modi on Friday morning emplaned in Delhi to travel to West Bengal and Odisha to take stock of the situation in the wake of Cyclone Amphan wreaking havoc in the two states. According to Republic TV sources, PM Modi is scheduled to arrive at Kolkata airport at 10:45 am from where he will fly in a helicopter to conduct an aerial survey. Sources add that PM Modi will be accompanied by West Bengal CM Mamata Banerjee.

At around 11:30 am, PM Modi will attend a meeting at Basirhat along with state officials after which he will leave once more for Kolkata airport. Sources say that PM Modi will arrive at Bhubaneswar Airport around 3 pm from where he will conduct an aerial survey of the flood-affected areas in a MI-17 helicopter. PM will take part in another review meeting in the capital city of Odisha and will return to Delhi by 8:30 pm. 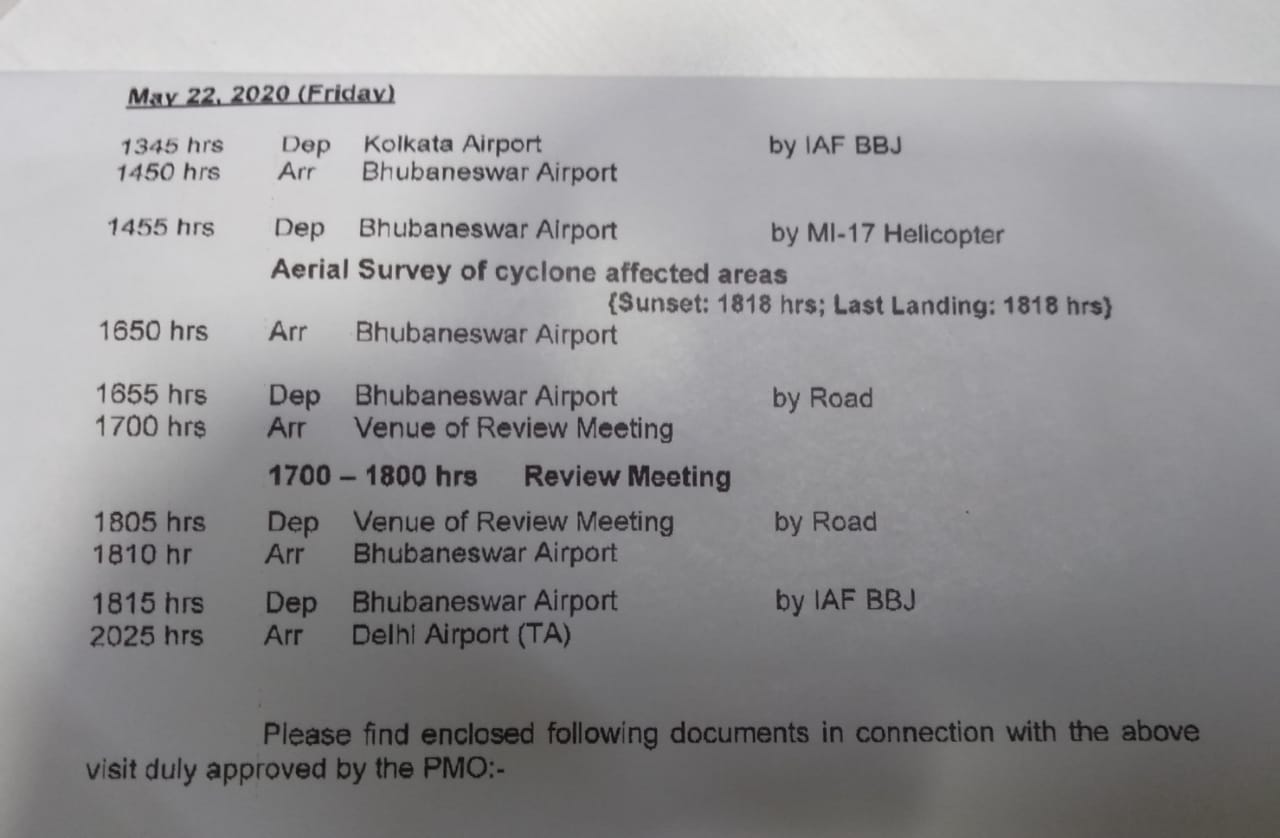 The extremely severe cyclonic storm has weakened and moved to Bangladesh, the IMD said. This will be the Prime Minister's first visit outside the national capital after coronavirus lockdown was imposed on the midnight of March 24. His last tour was to Prayagraj and Chitrakoot in Uttar Pradesh on February 29.

'Efforts are on to ensure normalcy'

In a series of tweets on Thursday, PM Modi said no stone will be left unturned in helping those affected by Cyclone Amphan. "Have been seeing visuals from West Bengal on the devastation caused by Cyclone Amphan," the Prime Minister tweeted. National Disaster Response Force teams are working in the cyclone-affected parts, he pointed out.

"Top officials are closely monitoring the situation and also working in close coordination with the West Bengal government. No stone will be left unturned in helping the affected," he said.

Tomorrow, PM @narendramodi will travel to West Bengal and Odisha to take stock of the situation in the wake of Cyclone Amphan. He will conduct aerial surveys and take part in review meetings, where aspects of relief and rehabilitation will be discussed.

Have been seeing visuals from West Bengal on the devastation caused by Cyclone Amphan. In this challenging hour, the entire nation stands in solidarity with West Bengal. Praying for the well-being of the people of the state. Efforts are on to ensure normalcy.