CBI on Monday conducted raids at seven locations in connection with the FIR lodged against Yes Bank Founder Rana Kapoor and others, officials said.

The Central Bureau of Investigation (CBI) on Monday conducted raids at seven locations in connection with the FIR lodged against Yes Bank Founder Rana Kapoor and others, officials said. According to reports, the raids were conducted at premises linked to Rana Kapoor, DHFL, RKW developers and DoIT Urban Ventures Pvt Ltd. DHFL Bandra office in Mumbai was also raided.

On March 7, CBI filed an FIR against Rana Kapoor, DoIT Urban Ventures, a company linked to Rana Kapoor family, DHFL, promoter of DHFL Kapil Wadhawan and others under sections 120 (B) (Criminal Conspiracy), 420 (Cheating) of Indian Penal Code along with section 7, 12 & 13 of Prevention of Corruption Act. The Economic Offence Wing (1) of CBI has lodged the FIR in New Delhi. 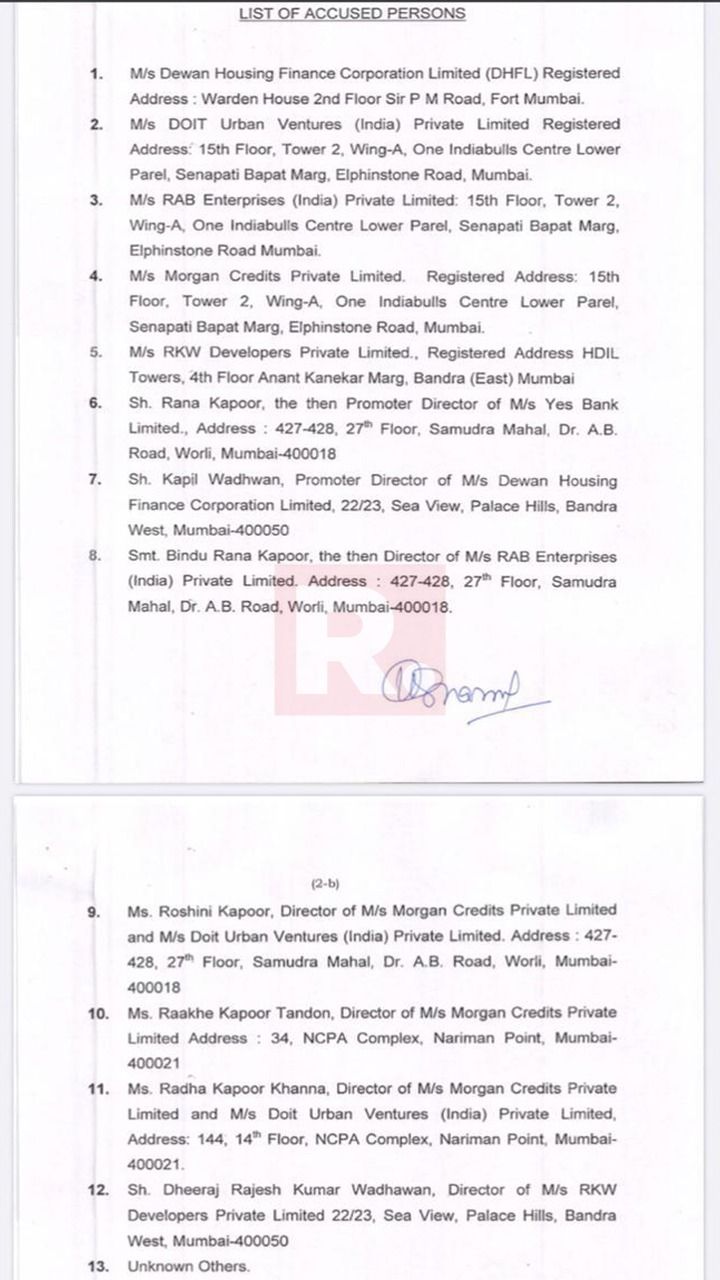 According to CBI's FIR, "Rana Kapoor entered into criminal conspiracy with Kapil Wadhawan and others for extending financial assistance to DHFL by Yes Bank Limited in lieu of substantial undue benefits to himself and his family members through the companies held by them. From April to June 2018, Yes Bank invested Rs 3,700 crore in short term debentures of DHFL. Simultaneously, Kapil Wadhawan paid Rs 600 crore to Rana Kapoor and his family members in the garb of the loan of Rs 600 crore given by DHFL to DoIT Urban Ventures Pvt Limited (A Rana Kapoor Group Company)."

Kapoor’s arrest by ED on Sunday came within two days of Finance Minister Nirmala Sitharaman saying she has asked the Reserve Bank of India (RBI) for a report on what caused the problems at Yes Bank. Meanwhile, RBI on Sunday assured depositors their money is safe amid the bank being placed under a moratorium.