The BJP has declared the list of 52 candidates that will be contesting in the upcoming Jharkhand assembly elections scheduled to start on November 30.

The BJP has declared the list of 52 candidates that will be contesting in the upcoming Jharkhand assembly elections scheduled to start on November 30. This comes as the Election Commission (EC) announced the assembly polls date for Jharkhand on Friday. Addressing a press briefing, Chief Election Commissioner (CEC) Sunil Arora said that voting to 81-seats of Jharkhand Assembly will be held in five phases.

The Union Minister of Home Affairs chaired a meeting with the central election committee of the BJP met on Saturday, November 9. PM Modi along with other cabinet ministers like Rajnath Singh, Nitin Gadkari, JP Nadda and others also attended the meeting. The committee decided the following names of the people who will contest the upcoming legislative assembly elections.

After the meeting, BJP National general secretary Arun Singh said that "BJP declares 52 candidates out of 81 seats for Jharkhand Assembly elections. The candidates include 30 sitting MLAs. 10 sitting MLAs have been dropped”. 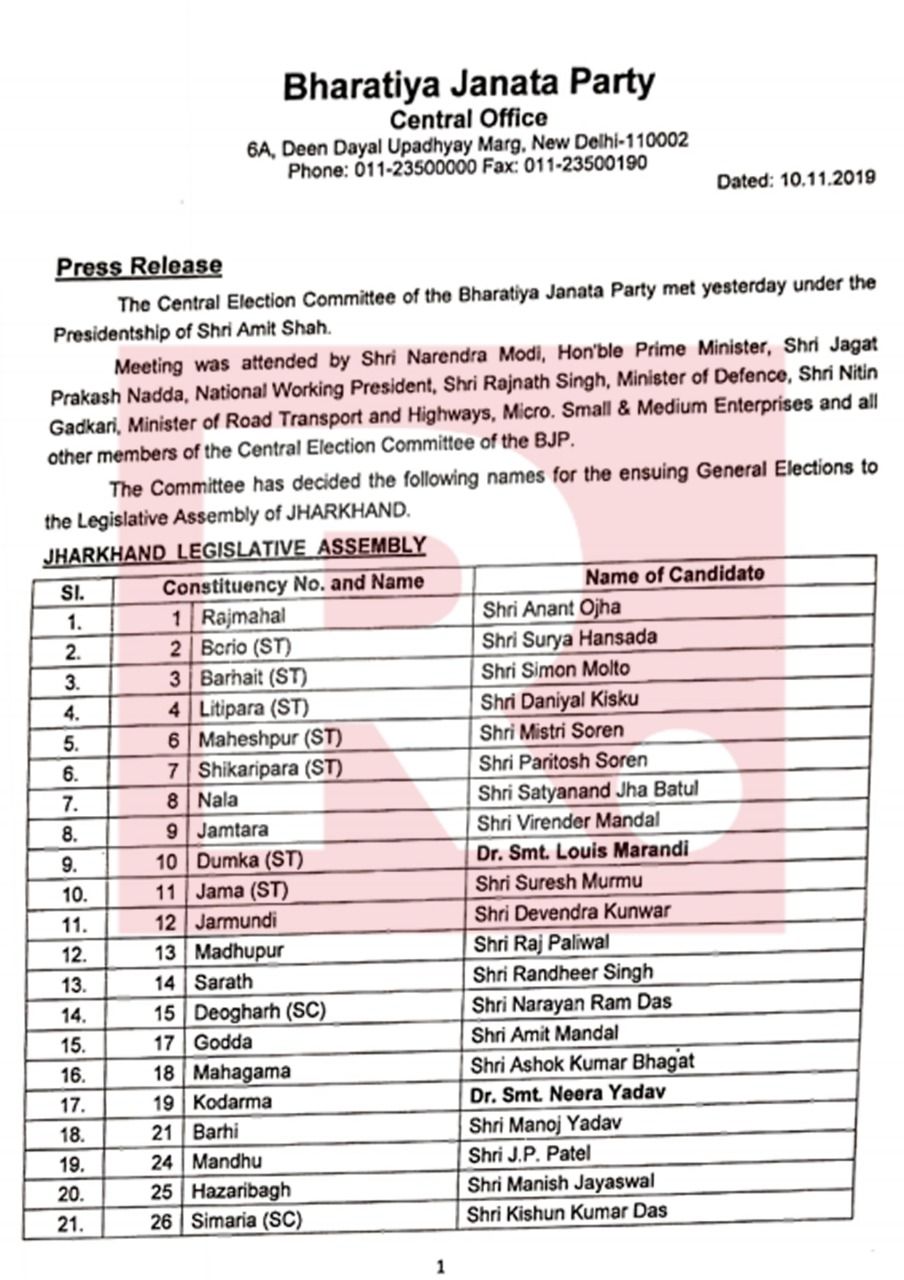 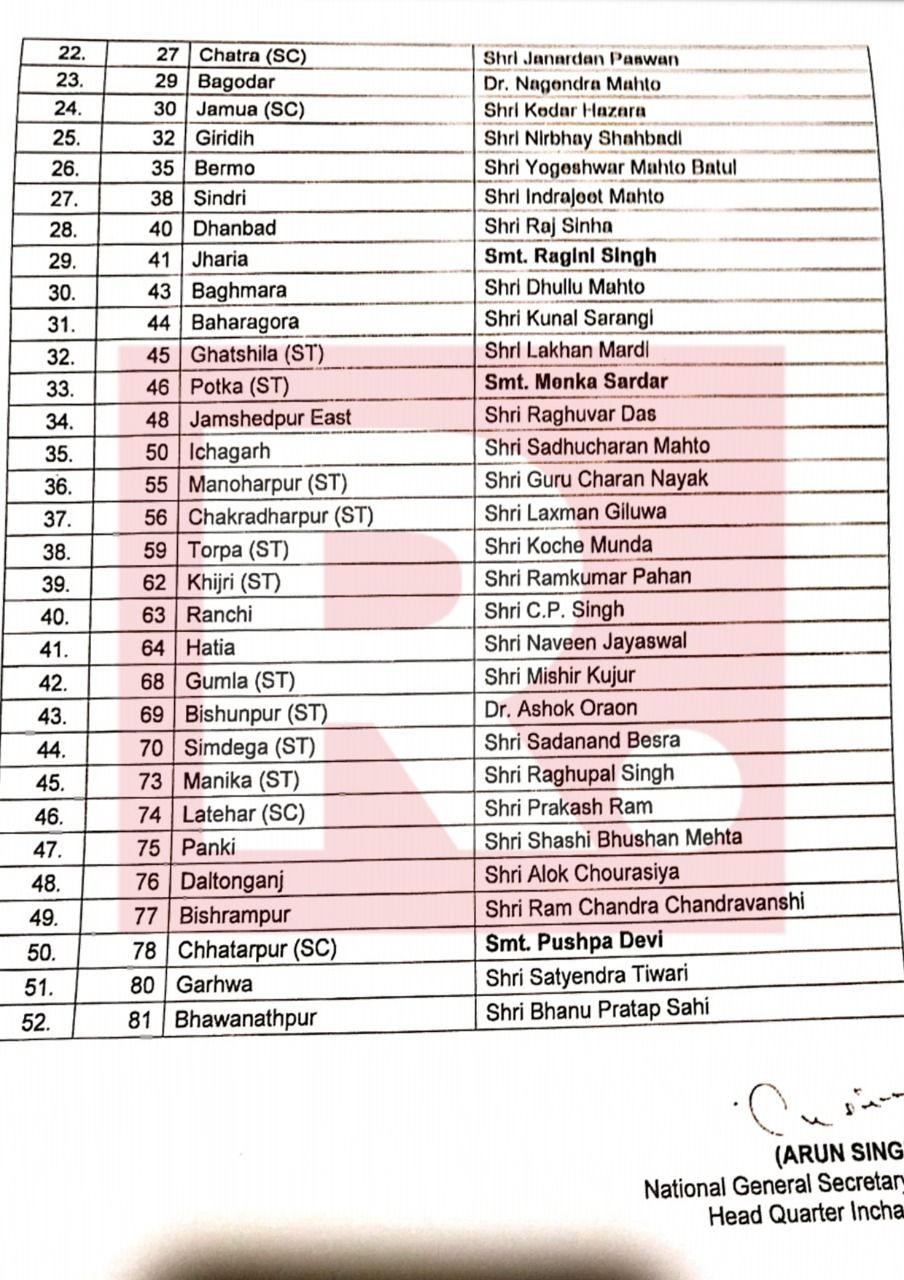 Third BJP-ruled state to head to polls in  2019

Jharkhand will be the third BJP-ruled state to head to the polls this year, following Maharashtra and Haryana, which voted on October 21. The BJP currently rules the state in an alliance with the All Jharkhand Students' Union (AJSU). In Jharkhand, the BJP is led by Chief Minister Raghubar Das. The BJP rose to power after winning 35 seats in the 81-member house. Its ally, the AJSU, won 17, taking the NDA past the majority mark. The BJP's performance also saw it reduce the Congress to just six seats. The party also swept the state in Lok Sabha polls, winning 12 of 14 parliamentary seats.

Read: Nithya Menen: Here is a list of top movies done by the 'Mersal' star