As many as 5,601 ceasefire violations by Pakistan were reported along the LoC in the last two years and Indian troops responded to them befittingly. 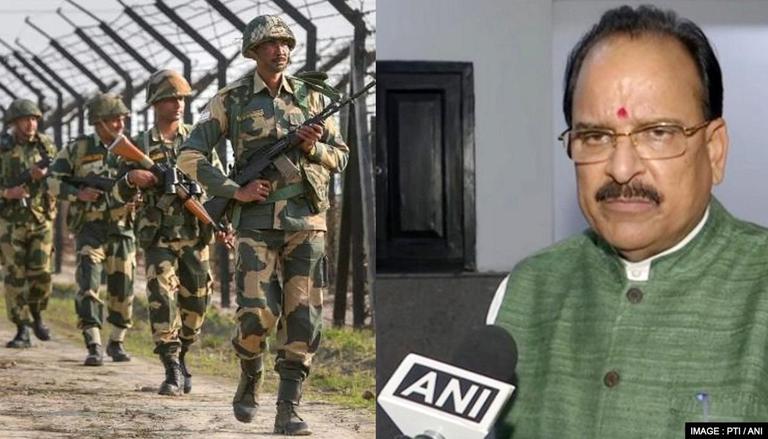 
Minister of State for Defence Ajay Bhatt, while replying to a question in Rajya Sabha said more than 5,600 ceasefire violations were reported along the Line of Control (LoC) in the last two years. The minister categorically accused Pakistan of a record number of ceasefire violations. However, Bhatt said that the Indian soldiers replied befittingly to the Pakistani soldiers and confirmed, "substantial damage" to the Pakistani posts and personnel. While reiterating the exact numbers of ceasefire violations, the Minister confirmed the number as 5,601 from November 30, 2019, to November 29, 2021. Further, the Minister of State for Defence, replying to another question in the lower house on Monday said that the Indian troops are given "free hands" to counter the aggressions of Pakistani soldiers.

"A total of 5,601 instances of ceasefire violations were reported along the LoC under the operational control of Indian Army in Jammu and Kashmir from November 30, 2019, to November 29, 2021," Bhatt said in Rajya Sabha.

According to him, the Indian soldiers made "substantial damage" to Pakistani posts and personnel during retaliation.
"Troops deployed on forward posts enjoy complete freedom of action in responding to Pakistan ceasefire violations. Substantial damage was inflicted on Pakistan posts and personnel during retaliation by the Indian Army," the minister added. It is worth mentioning that ceasefire violations from the Pakistani soldiers are quite regular in the border areas of Jammu and Kashmir despite both India and Islamabad having signed a ceasefire agreement in all sectors on 25 February 2021, this year. Notably, the two countries had earlier signed a ceasefire agreement in 2003 but it was repeatedly violated.

"194 industrial licenses issued to private firms for arms and ammunition"

Meanwhile, while replying to another question, Minister of State for Defence Ajay Bhatt informed the lower house that a total of 194 industrial licenses have been issued to private firms for manufacturing items like air defence guns, night-vision devices, ammunition, howitzers, destroyers, frigates, artillery guns, ballistic protection items and radars since 2016. "License to manufacture defence equipment is granted by the licensing authorities namely, Department for Promotion of Industry and Internal Trade (DPIIT) and Ministry of Home Affairs under Industries (Development and Regulation) Act and Arms Act respectively, in consultation with Ministry of Defence," Bhatt informed the Rajya Sabha.