Around 20 BHU teachers have written to President Ram Nath Kovind appealing him to revoke appointment of Feroze Khan as Assistant Professor in Sanskrit dept.

Around 20 Benaras Hindu University teachers including the retired ones have written a letter to President Ram Nath Kovind appealing him to revoke the appointment of Feroze Khan as Assistant Professor in the Sanskrit Department of BHU. The teachers contend that Khan could have been appointed in any other faculty except Sanskrit because in "other faculties doors are open for teachers of all religion". Khan appeared for an interview at University's Art faculty on Wednesday while students continued to protest over his appointment.

"Please revoke the faulty appointment of Feroze Khan as Assistant Professor in the Sanskrit Department of the varsity. We would have been very happy had he be appointed in any other faculty except the Sanskrit because doors have other faculty are open for all," stated the letter. 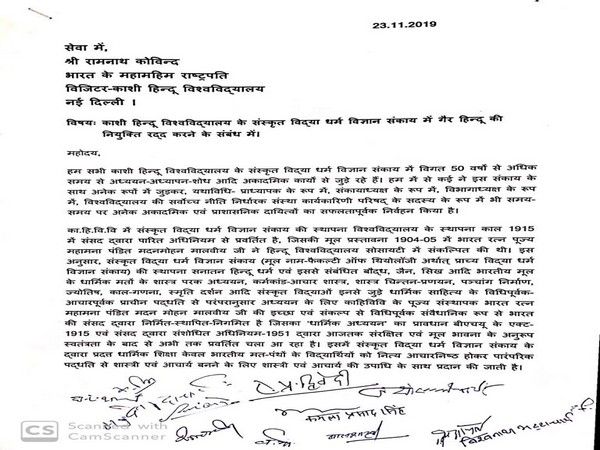 Protest resumed after a break of ten days

The agitating students had claimed that the protest was not against the appointment of a Muslim professor, but the appointment of a non-Hindu in a subject closely connected with the religion. Prof Khan was appointed by BHU selection committee comprising Vice-Chancellor Prof Rakesh Bhatnagar on November 5. The protestors had claimed they called off the dharna on the assurance from the head of the Sanskrit department under SVDV faculty that they would get a response within 10 days on their demand.