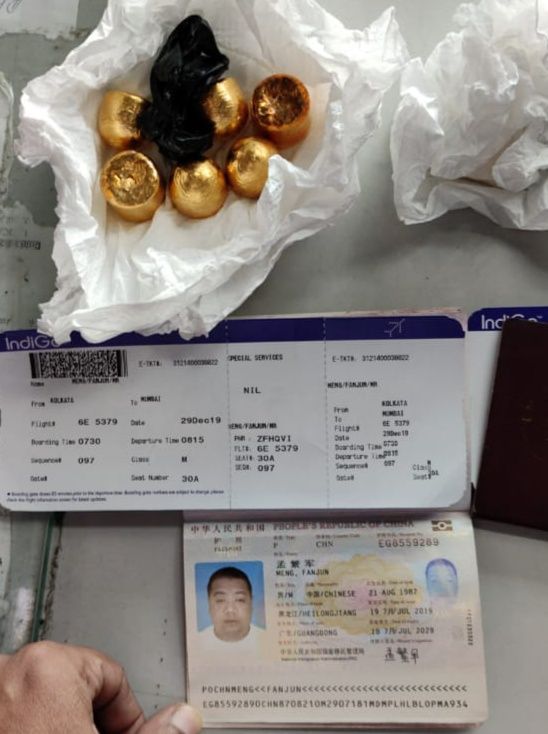 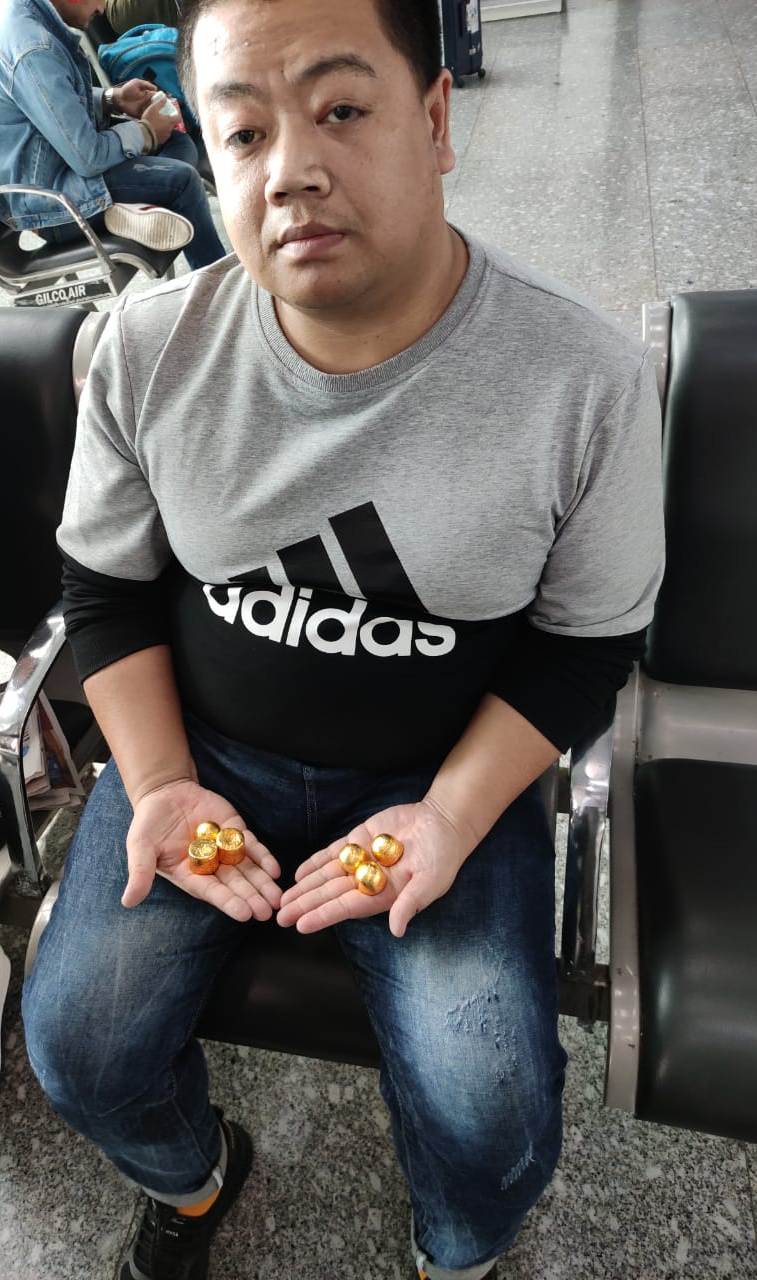 On enquiry, it was learnt that both passengers had no check-in luggage and they had arrived from Guangzhou, China by Indigo Airlines on Sunday. Later, both the Chinese Nationals along-with the recovered 09 gold pieces weighing about 1884 gms worth approximately INR 75 lakh were handed over to Customs Officials for further action in the matter. 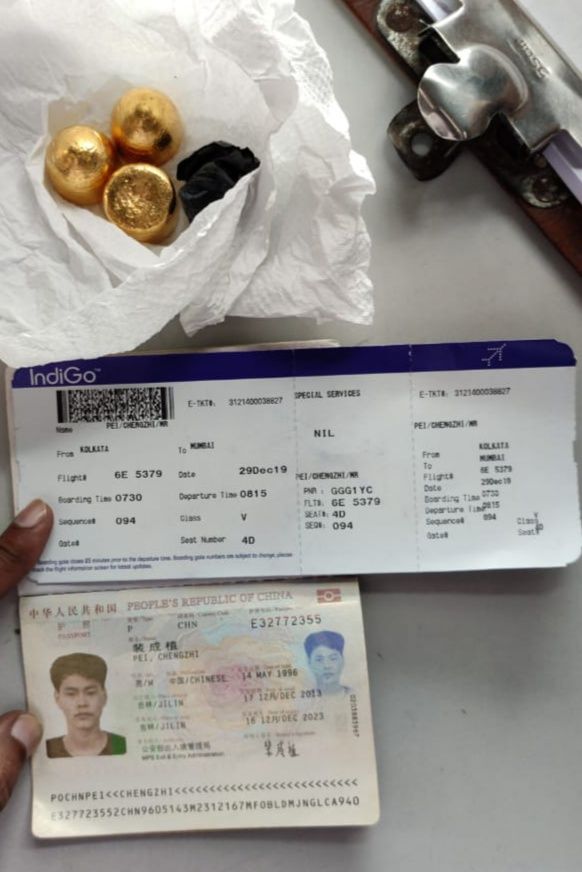 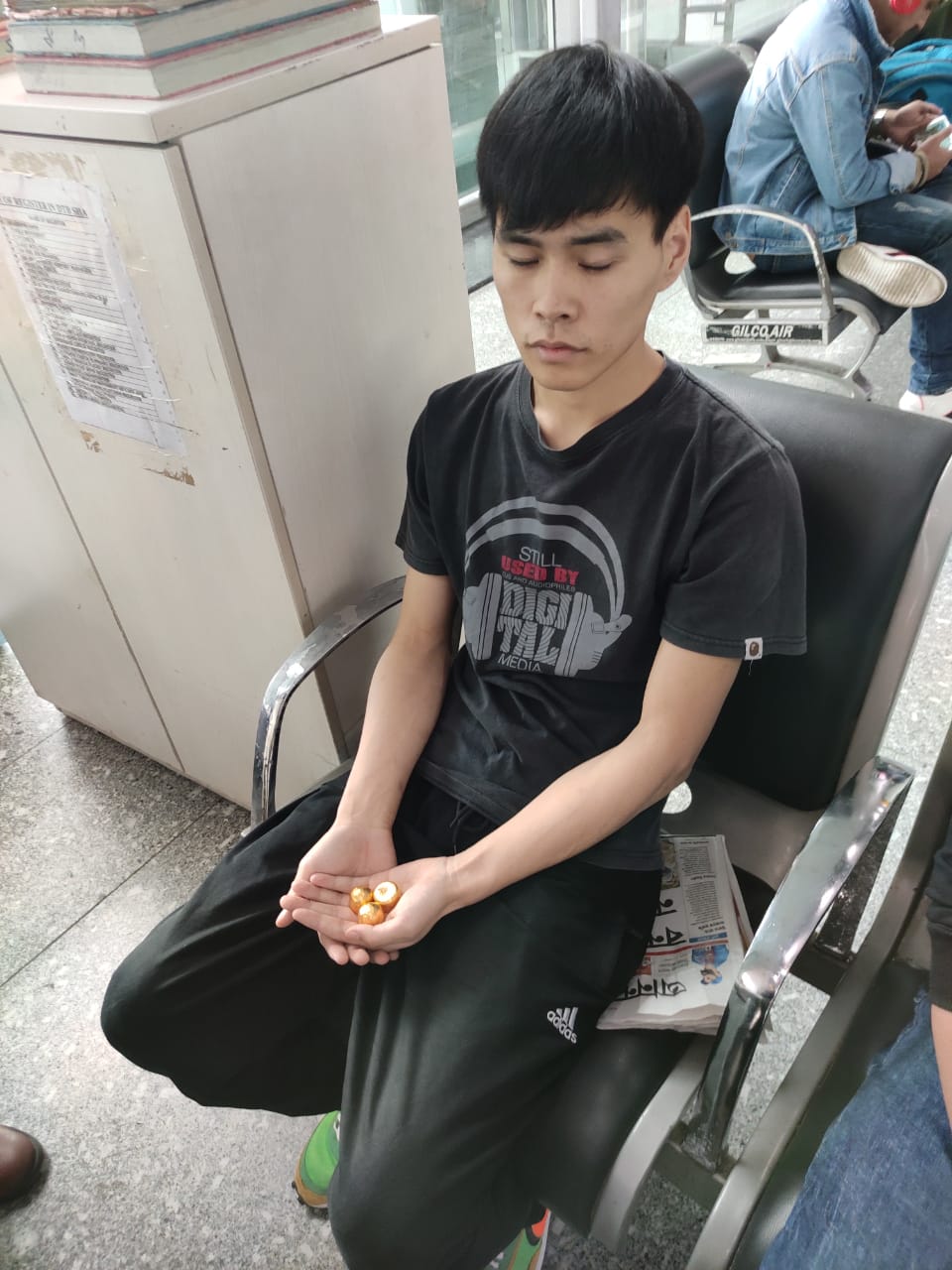 READ | Gold Worth Over Rs 88 Lakh Seized At Chennai Airport

Earlier on Saturday, CISF personnel seized four gold bars weighing about 804 gram worth Rs 32 lakh from a passenger at Netaji Subhash Chandra Bose International Airport on Friday. After noticing the unusual movement of the passenger, the CISF officials intercepted him at the pre-embarkation security check (frisking) at domestic security hold area (SHA) of the Kolkata airport. On suspicion of smuggling, the passenger was taken at a separate place in SHA for thorough checking. The passenger, identified as Sanju Vasita, who was allegedly trying to smuggle gold and about to board the Pune- bound flight from Kolkata airport was taken to a separate place for interrogation. During the examination, CISF officials found four gold bars wrapped with carbon paper and black colour insulating tape, concealed by the passenger in his rectum.