The Congress' communal spin over Defence Minister Rajnath Singh performing Shastra Puja appears to have backfired as Republic TV has found a picture of former PM Manmohan Singh's wife Gursharan Kaur do the ritual in 2009 at the launch of INS Arihant in Visakhapatnam. After Defence Minister Rajnath Singh had performed the Shastra Puja on receiving the Rafale in France, the Congress not only mocked the ceremony on Wednesday but also called the BJP communal. Senior leader Mallikarjun Kharge called the ceremony a 'tamasha'. Recent entrant to the party, Alka Lamba also communalised the event as asked what the BJP would say if former Defence Minister AK Anthony or former President late APJ Abdul Kalam performed rituals from their religion.

However, Congress' communal charge and narrative that the Shastra Puja belongs only to Hindus has been proven wrong. Not only leaders and their relatives of other faiths, but even Defence personnel from across faith perfoem the ceremony. The picture, found by Republic TV's Subodh Kumar. shows the former Prime Minister's wife performing the Shastra Puja busts the 'communal' spin of the Congress to the ceremony. The ceremony has become a pan-India sentiment as it is connected to the security of the country and pride of India's military prowess. 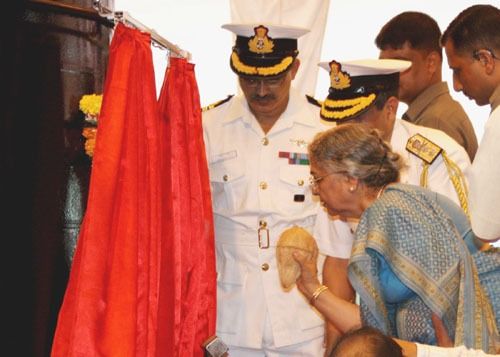 Republic found several pictures of soldiers from various faiths other than Hindu performing Shastra Puja. On Tuesday, was performed SR Khan, Commanding Officer of BSF in Shillong, Meghalaya. It was also performed by Sub Maj Mohammad Anif, Sena Medal of 9 KARNATAKA BATTALION  NCC BANGALORE during Navaratri. Another image shows the ritual being performed by Naga Regiment in Kumming in 2015.