Defence budget 2021 is set to reflect a modernisation plan of Armed Forces for the next 5 years, likely to attract the highest ever hike in the upcoming budget 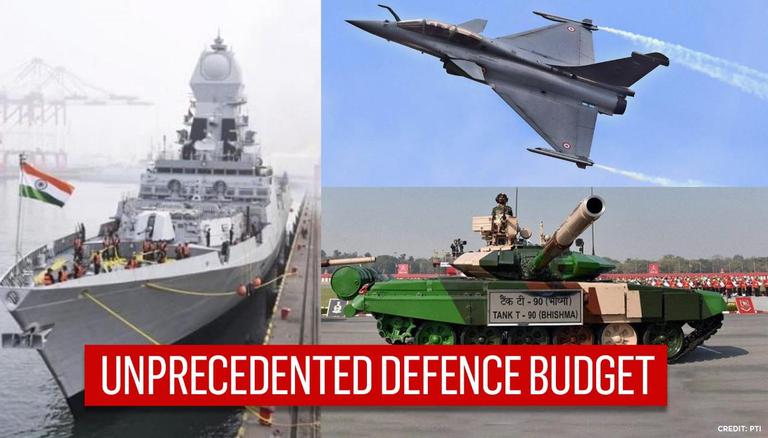 Defence budget 2021 is set to reflect the modernisation plan of the Armed Forces for the next 5 years which is likely to attract the highest ever hike in the upcoming budget for the sector and a 2-year roll-on acquisition plan is also being made. Indian Defence forces are moving ahead with pace to become 'Atmnirbhar' with minimum dependence on foreign weapons, equipment and technology. In order to achieve self-reliance, Defence budget can be hiked to reach 6 lakh crore figure.

General Narawane also emphasized on the need for technological advancements that require a high budget. In view of the challenge of the China People's Liberation Army in Ladakh and the continued treachery of Pakistan along the Line of Control, a long-term outline of military preparations is being prepared in the Ministry of Defense's Military Department. After the creation of the post of Chief of Defense, the defence budget of this time will be allocated on the basis of the joint modernization roadmap of the three armies.

According to defence sources, in view of the ongoing tension along the border, there may be an unprecedented increase in the budget for the situation of war on two fronts. The Chief of Defense Staff has been supervising a 5-year Safeguard Modernization Plan. Not only this, a two-year annual roll-on plan is also being made under the Integrated Capability Development Plan to make arrangements to counter the enemy in the capacity of the three armies.

Talks are going on with the Finance Ministry to create a Defense Modernization Fund which gets carried out to next year in case it is not spent without getting lapse. The Ministry has emphasized that military procurement and construction of infrastructure facilities such as roads and bridges etc. goes on for a long time, so it is not possible to spend the budget in a year.

There have been indications that not only will the budget be arranged for the expenditure in the defence sector for one year but also according to the estimate of the next five years in the budget. It is estimated that this time there will be an unprecedented increase in the defence budget, giving a strong message to China.

The Ministry has sound reasons for more defence budget this time. The target is to complete the work of the integration of the three armies in the next 3 years. For this, these three new commands have to be created:

Two other commands whose blueprints are being prepared by involving the three armies are:

The Defense Ministry is also continuously working on reducing its pension budget which has increased from Rs 1,17,000 crore to 1,33,000 crore. Initiatives have been taken to increase the age of retirement of soldiers. According to defence sources, work is also underway on a scheme for the officers of the Short Service Commission so that the expenditure of pension on this head can also be eliminated.

Two major steps are also being taken for the in-house resources of the defence forces. A Defense Renewal Fund will be created in which funds will be raised from the monetization of defence sector land. Secondly, Rs 40,000 crore will be raised in the next 8 years through National Building Construction Corporation Limited on the lines of self-financing to build 80 thousand houses of soldiers.

Apart from this, the Ministry of Defense has leased land from governments in many states and the state governments require land for roads and other facilities.

These plans will be instrumental in strengthening the defence forces with the spirit of 'Atmnirbhar Bharat' .