A painting worth Rs 2 crore of Rajiv Gandhi sold to former Yes Bank CEO Rana Kapoor has raised some very uncomfortable questions for the Congress Party. The painting was sold by Priyanka Gandhi Vadra and has been termed as a "clean transaction" by the Congress. But Republic TV has accessed some crucial evidence which casts a shadow over the Congress party’s role.

Top sources within the Enforcement Directorate have confirmed that the painting bought by Rana Kapoor for Rs 2 crore from Priyanka Gandhi was from the proceeds of crime. Sources say the painting was originally the property of the Congress which was used during the centenary celebrations. But in a reply to an Income Tax notice, Priyanka Gandhi allegedly passed this off as her own property which was sold to Rana Kapoor for Rs 2 crore.

It is learned that the worth of the painting was done arbitrarily rather than by an expert. “Rana Kapoor has over 40 exquisite paintings/portraits. All of them have a valuation certificate. But surprisingly only, in this case, there is no valuation certificate,” said a source to Republic TV.

Republic TV has also accessed four documents which indicate that perhaps Rana Kapoor was under pressure to buy the portrait. Transcripts of messages exchanged between senior Congress leader Milind Deora and Rana Kapoor also indicates that some amount of pressure was being put on Rana Kapoor to pay for the portrait.

Several text messages were exchanged between Milind Deora and Rana Kapoor in 2010. The transcripts have been accessed by Republic TV.

In a message sent by Milind Deora on May 29, 2010, to Rana Kapoor, he said, “Rana uncle, I received your letter dated May 28th and have sent the same to PG. A meeting with her or her family won’t be possible now but I will try and arrange it sometime later. Her mother and she want the cheque by early next week itself. Even my father has been informed by them and he is also been trying to reach you unsuccessfully. Unfortunately, this has taken really long. Can you reply to this SMS and tell me the exact date by when the cheque can be given to her as I MUST communicate the same to my father and her ASAP. I know you are receiving SMSes so I would really appreciate your reply.” 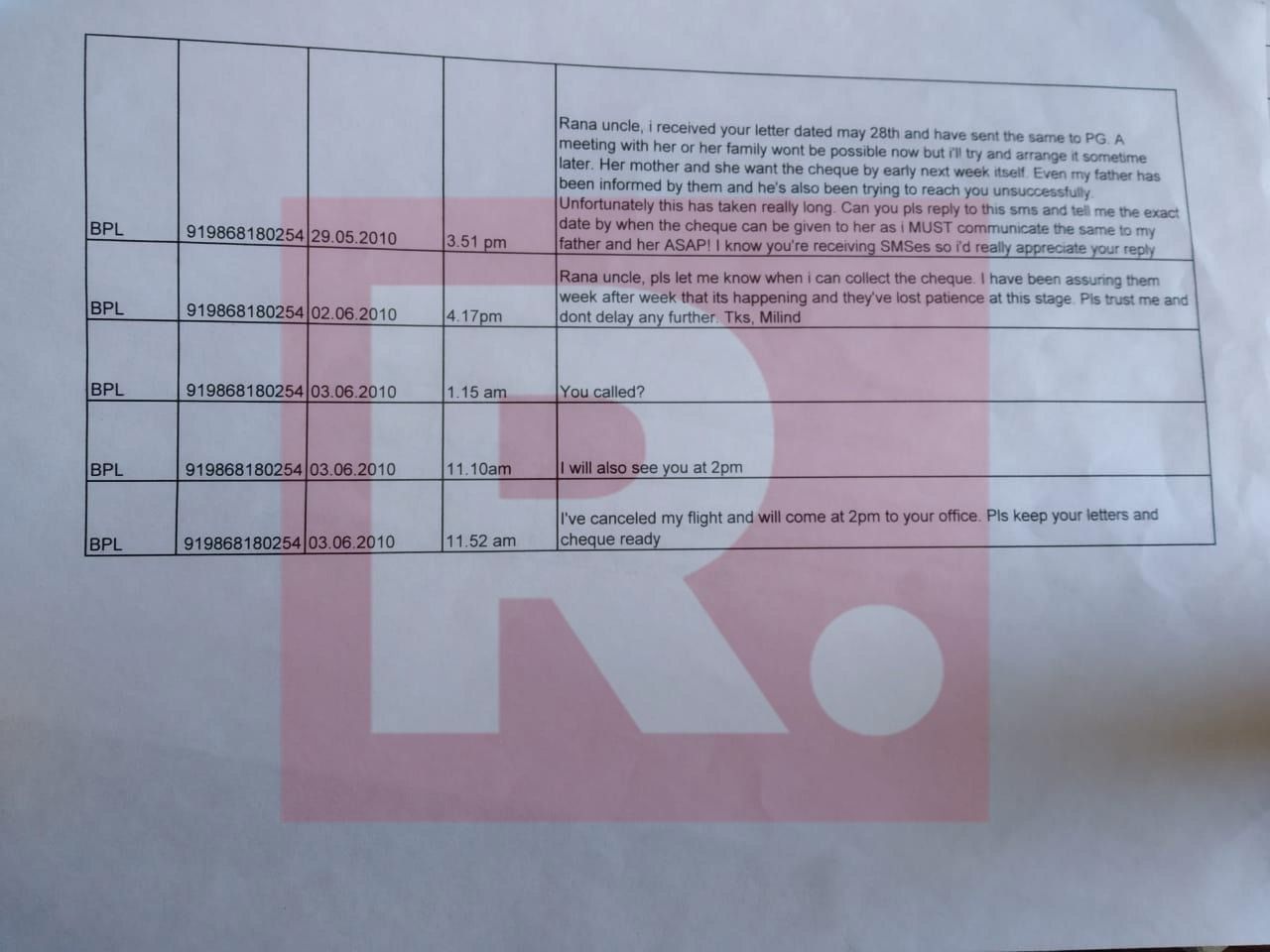 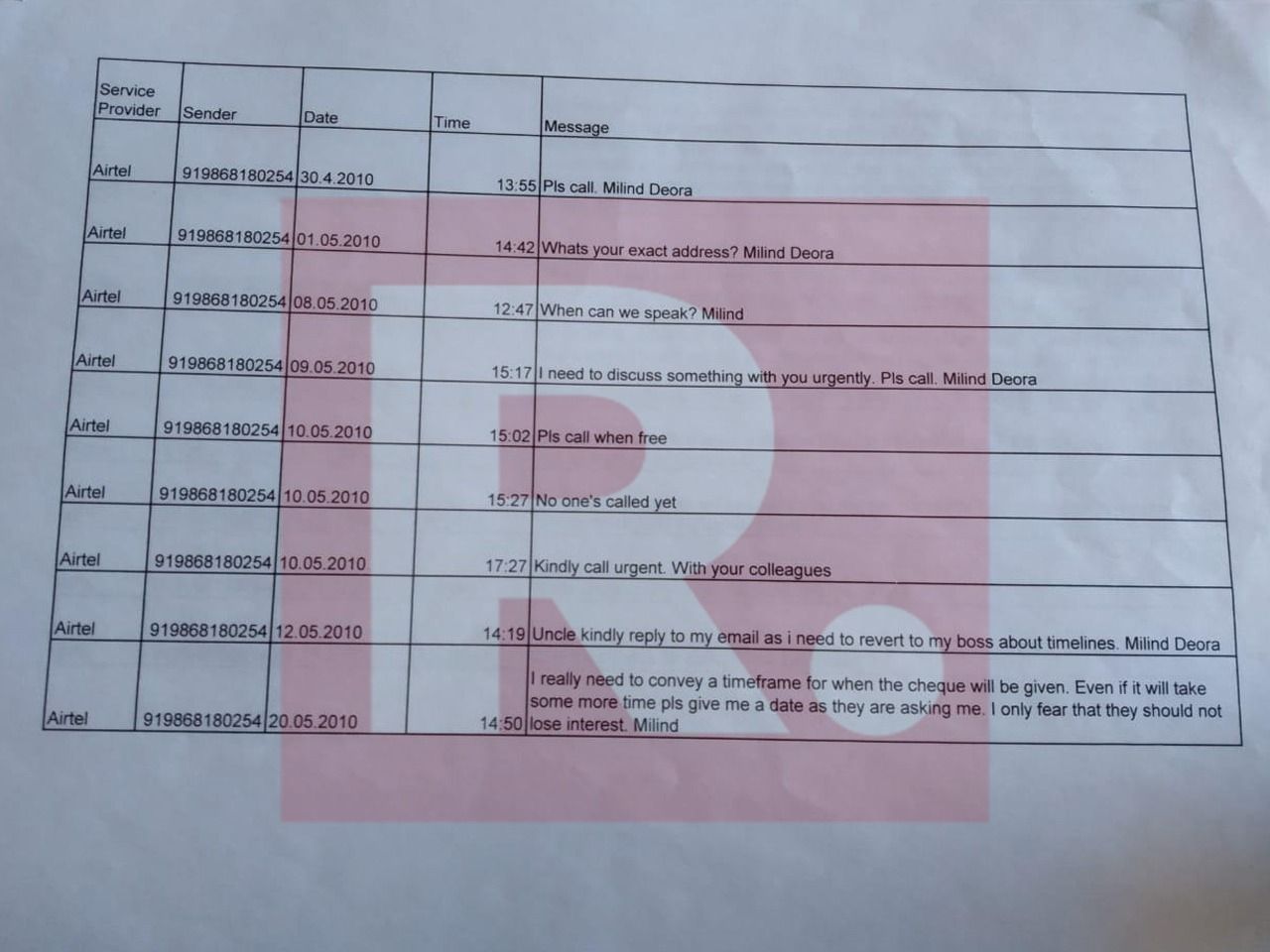 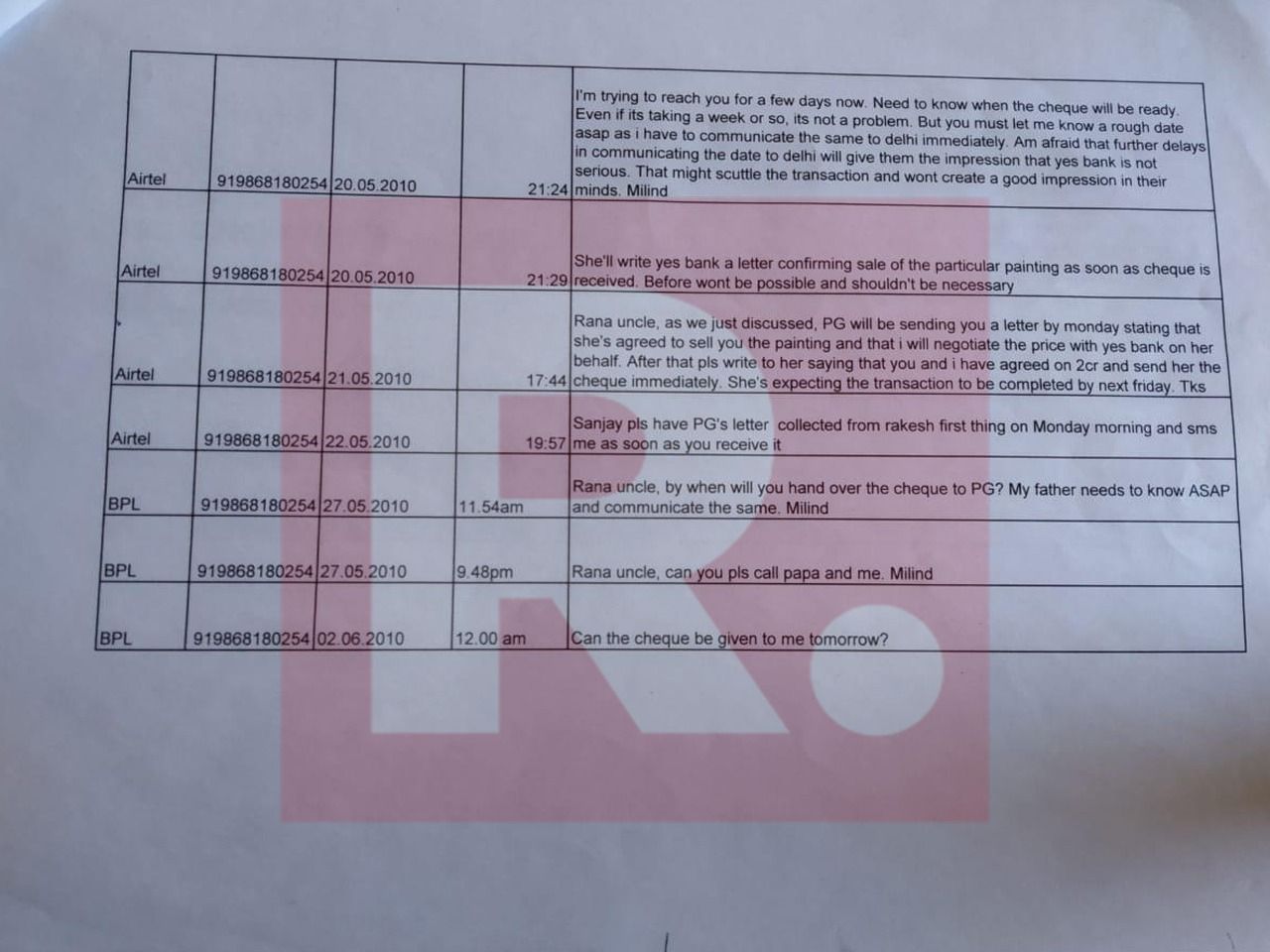 The letter written by Priyanka Gandhi to Yes Bank’s founder on June 4, 2010, confirming the sale of Rajiv Gandhi’s painting for Rs 2 crore has sparked another controversy. The letter, a copy of which is available with Republic TV, reads, “Thank you for purchasing the portrait of my father, Shri Rajiv Gandhi painted by Shri MF Hussain which was presented to him in 1985 at the ceremony of Congress Party’s centenary celebrations and is present in my ownership and possession.”

Priyanka has further written in the letter, “I acknowledge receipt of a letter dated June 3, 2010, as well as your payment by cheque dated June 3, 2010, drawn on your HSBC account of Rs 2 crore, representing full and final payment toward subject painting.”

Rana Kapoor bought the painting after a letter from Milind Deora dated May 1, 2010. In the letter by Deora, a copy of which is available with Republic TV, he wrote, “regarding the painting of Mr. Rajiv Gandhi, that you express a desire to purchase, I would suggest that you write to Mrs. Priyanka Gandhi directly, outlining your interest.”