Farmer In Andhra Pradesh Latches Onto The 'Modi Wave', Moulds Tomatoes With 'Modi And India' To Amplify Sales

The unprecedented sea of saffron that could be witnessed on the streets of Varanasi at PM Narendra Modi's Varanasi roadshow, raised a crucial question- Is there a Modi wave?

The unprecedented sea of saffron that could be witnessed on the streets of Varanasi at PM Narendra Modi's Varanasi roadshow, raised a crucial question- Is there a Modi wave?

While the mega-roadshow with BJP flags and showering of petals may have indicated of a 'Modi wave' in one way, however, people in their personal endeavors have taken this political enthrallment to another level...this time with tomatoes.

As the name 'NaMo' lingers in the political discourse, a farmer in Andhra Pradesh has taken things up a notch, and has found a brilliant marketing strategy to enhance his sale this election season.

Branding his tomatoes with Prime Minister Modi, literally, a farmer is putting plastic moulds of 'Modi' on one side and the 'Indian map' on the other.

A tweet that has now gone viral, as reported by a local news channel, the farmer claims that his tomatoes have been selling at a 25% premium and are being exported.

So, this farmer in hometown is putting plastic moulds of Modi on one side and India map on the other aide. Claims his tomatoes are selling at a 25% premium. Mostly being exported. pic.twitter.com/wsOzOMpfxW

Finding a way to up his sales by gripping on the political fad, this farmer exhibiting his inclination has embellished his tomatoes with the 'Modi wave'

From farmers to even local markets, the political trend is catching momentum, as last month from sarees featuring PM Modi, Priyanka Gandhi and Rahul Gandhi, even Modi jackets and Rahul jackets stormed the markets. 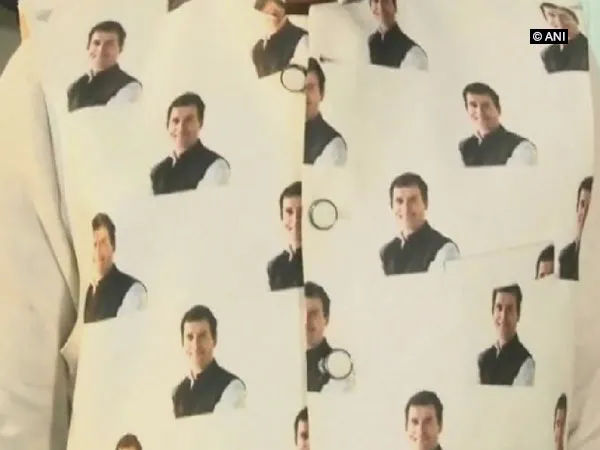 READ| 5 Reasons That Consolidate On The Pivotal Question- Is There A Modi Wave?

As politics meet fashion, these Bandhgala jackets with PM Narendra Modi or Rahul Gandhi's face printed on them, have become the latest rage in Madhya Pradesh's Jabalpur market.

Earlier this in March, in Rajasthan's Bhilwara, which is known as the textile hub of India, women, as a gesture of extending support to the Indian Army, draped air strike themed sarees, replicating the strikes on terror launch pads in Pakistan's Balakot. The sarees featured the face of Prime Minister Narendra Modi, along with a group of armed Indian Army personnel, while another portion of the dress had imprints of fighter jets.