In the IAF Helicopter crash, the pilot was Wing Commander Prithvi Singh who hailed from Agra. He was also the commanding officer of the 109 helicopter squadron. 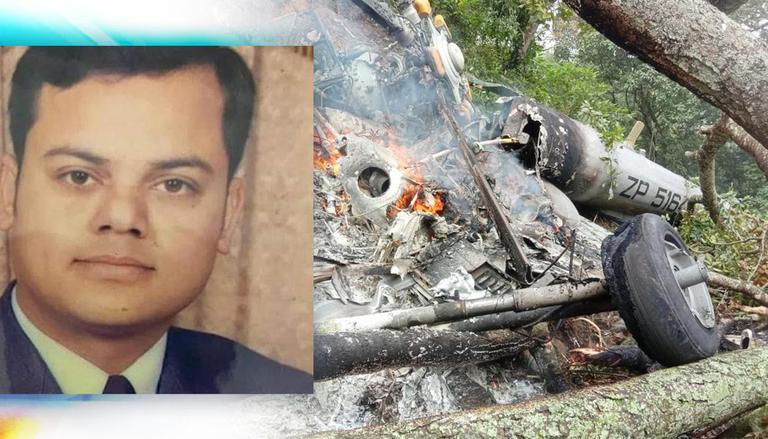 
The incident of the IAF Mi-17V5 helicopter crash has shaken the entire country as the nation lost its first Chief of Defence Staff Gen Bipin Rawat, his wife and other brave officials. Meanwhile, Agra is mourning a two-fold tragedy as Wing Commander Prithvi Singh Chauhan who was flying the chopper also lost his life. The Wing Commander, 42, was posted at the Indian Air Force Station in Coimbatore but he was born and raised in Agra. His parents still reside in the Saran Nagar area of Agra.

Prithvi Singh Chauhan was the pilot of the Mi-17V5 chopper and also the commanding officer of the Sulur-based 109 helicopter squadron:

He was the pilot of the Mi-17V5 chopper and also the commanding officer of the Sulur-based 109 helicopter squadron pic.twitter.com/GY8lhruLN9

CDS Bipin Rawat along with his wife and his staff was travelling to Wellington Staff College to deliver a lecture at 2:45 PM when his chopper lost all communication and crashed near Tamil Nadu's Coonoor.

Reportedly, the CDS was taken to a nearby Military hospital, but he succumbed to injuries. However, one person survived the crash - Group Captain Varun Singh SC. As per reports, the mortal remains of CDS Rawat and other Armed Forces personnel killed in the chopper crash are expected to arrive in Delhi by December 10.

READ | All about Lk Sai Teja, one of 13 martyrs in IAF chopper crash along with CDS Bipin Rawat

Meanwhile, Prime Minister Narendra Modi on Wednesday called a meeting of the Cabinet Committee of Security (CCS). Union Home Minister Amit Shah, External Affairs Minister S Jaishankar, Finance Minister Nirmala Sitharaman, Defence Minister Rajnath Singh, NSA Ajit Doval, along with other senior officials were present at the meeting. Details of the Coonoor chopper crash and the untimely demise of the CDS is said to have been discussed in the 30-minute long meeting.