The Railway Ministry on Thurs said that Indian Railways will be opening its reservation counters for booking of reserved tickets in a phased manner from May 22.

'These reservation counters will open from May 22'

"Zonal Railways have been instructed to decide and notify the opening of reservation counters as per local needs and conditions. These reservation counters will open from May 22 in a phased manner, along with dissemination of information about their respective locations and timings as per the local needs and conditions," reads an official statement issued by the Ministry.

The statement also read that the Shramik Special trains will continue to be handled by local State governments as per the existing protocols. 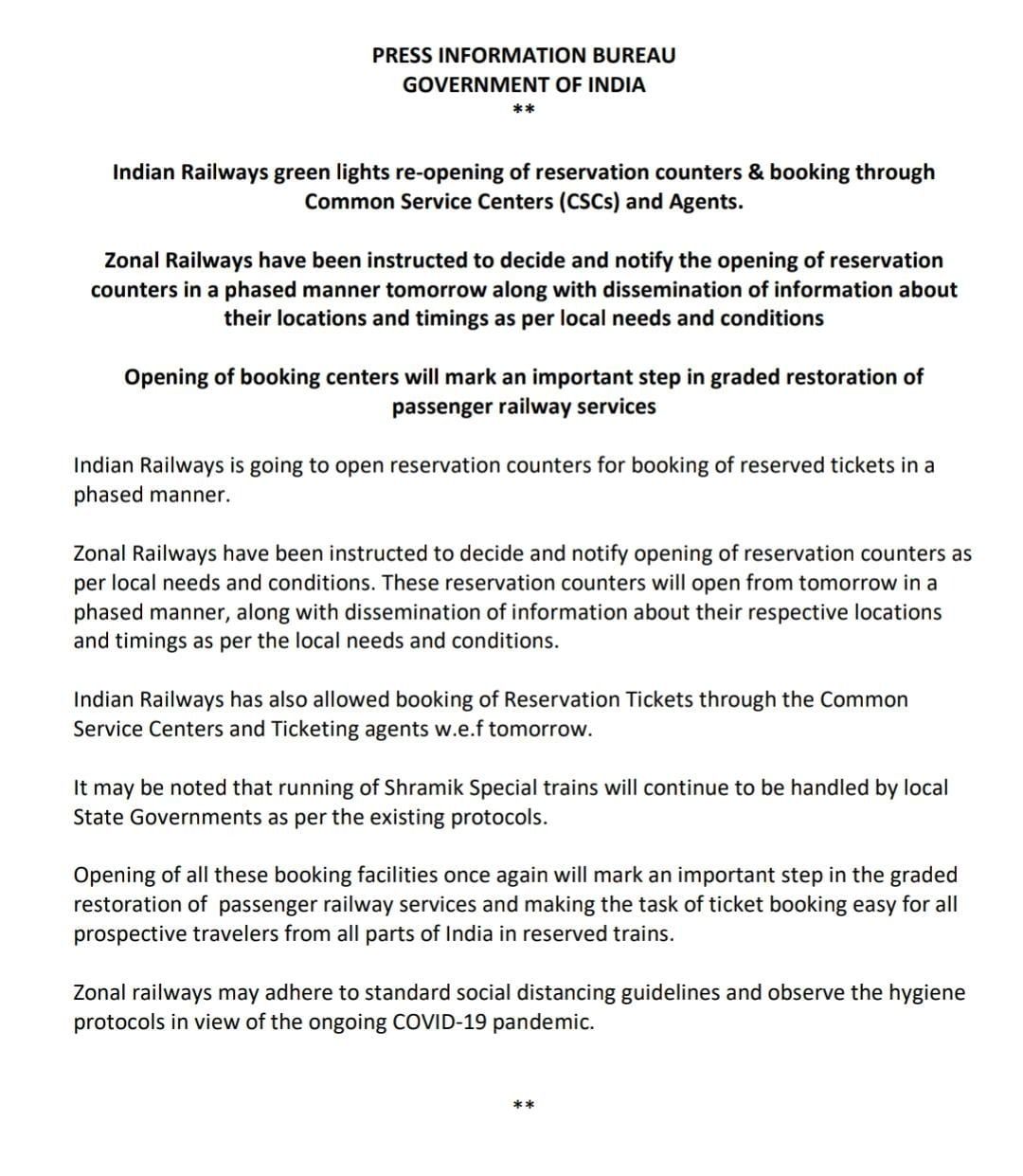 'We have to take India towards normalcy'

In a discussion with party colleague Sambit Patra on Thursday, Union Minister of Railways Piyush Goyal said that booking of train tickets will resume at nearly 1.7 lakh common service centres across the country from Friday, making the service accessible to those in remote locations where the availability of computers and internet is negligible or absent.

He said that the opening of ticket counters at stations will be graded as a protocol needed to be developed to ensure that there is no crowding there.

"We have to take India towards normalcy. We are developing a protocol to identify the stations where counters can be opened. We have to ensure that there are no large crowds gathering at counters to book tickets, so we are studying the situation and devising a protocol towards it," Goyal said. "We will also soon announce the resumption of more trains," he further said.

He also said within 2.5 hours of opening bookings for the 100 pairs of special trains on Thursday, four lakh passengers had booked tickets. People have also started reverse bookings to come back to work, he added.