the Yediyurappa government, on Monday, has set up a task force to formulate ways to attract foreign investors who are/have withdrawing from China amid COVID

As Karnataka's Coronavirus (COVID-19) tally remains resolutely below 1000, the Yediyurappa government, on Monday, has set up a task force to formulate ways to attract foreign investors who are/have withdrawing from China. The task force headed by the state Chief secretary comprises of principal secretaries of Commerce and Finance departments, several nominees from Korean, Japan, Indo-American, Indo-French trade organisations. The task force will identify sectors to attract investment, key projects and measures to fast-track clearances. 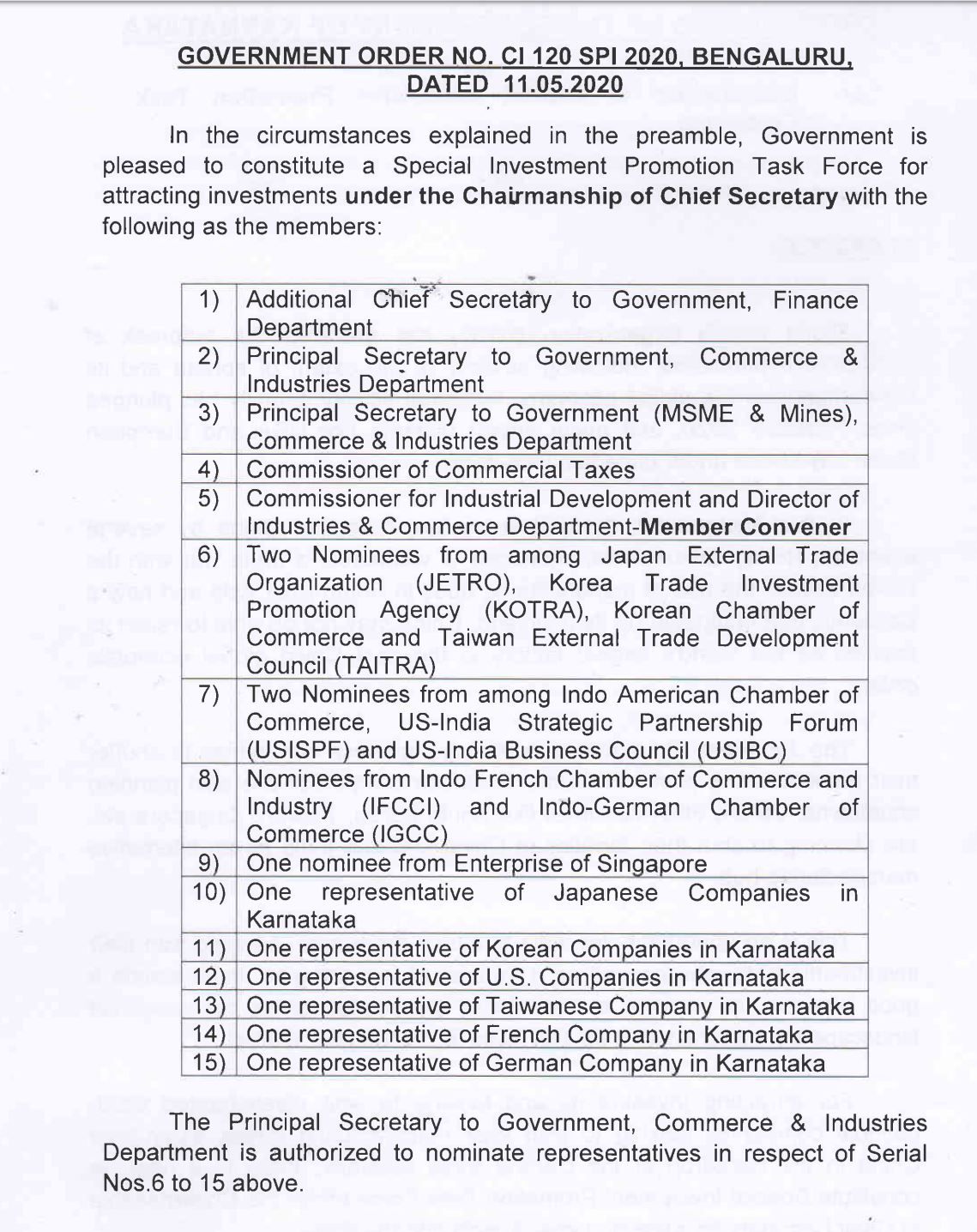 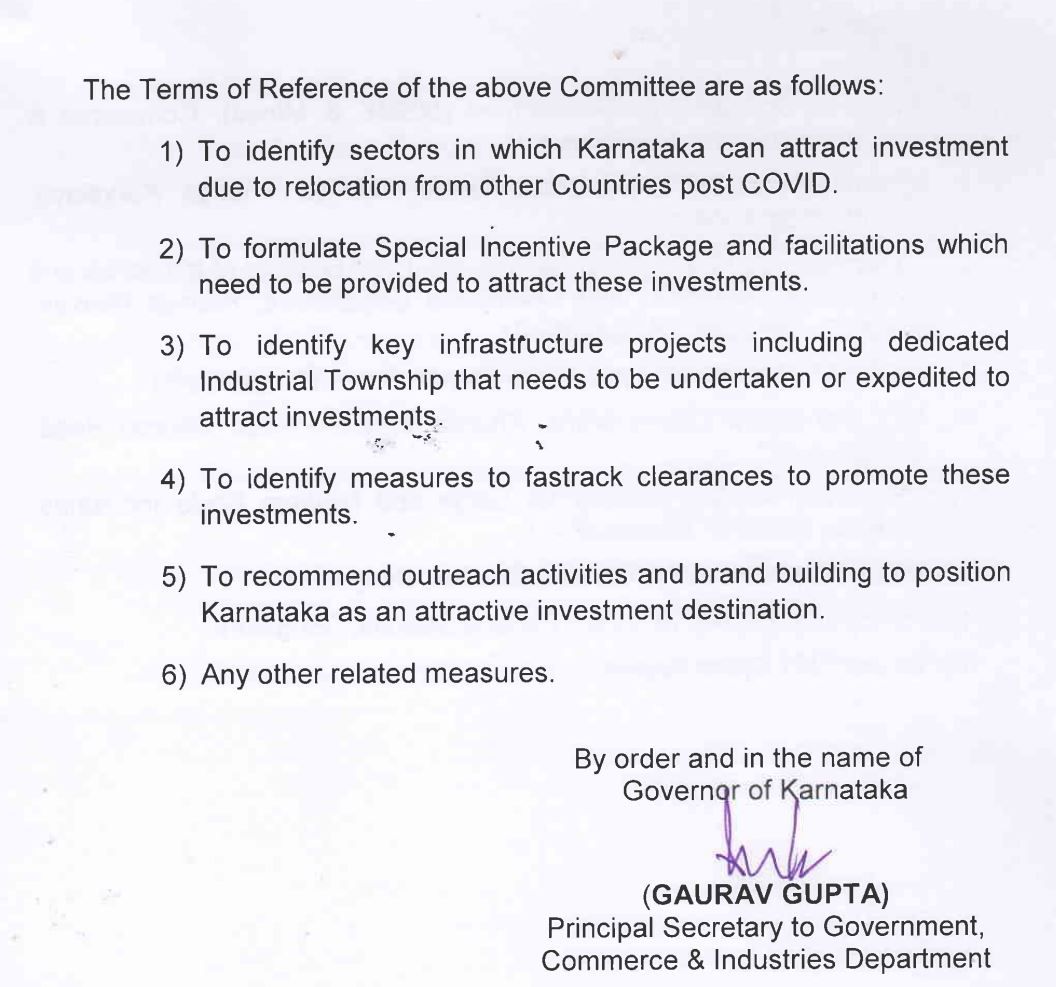 On April 30, after allowing some activities outside the containment zone from April 23, Karnataka Chief Minister B S Yeddiyurappa announced that all industrial activities will be allowed to resume across the state in all areas except containment zones from May 4.  Karnataka had gotten into controversy when it barred all migrant labourers from leaving the state via Shramik trains, in a bid to restart industrial activities with required manpower. After facing severe backlash, the government rescinded the order an wrote to nine states for approval to run Shramik trains from Karnataka.

On May 6, the Karnataka government announced â‚¹ 1,610 crore relief package for farmers, MSMEs, handloom weavers, flower growers, washermen, barbers, auto, and taxi drivers among others. Chief Minister BS Yediyurappa said that the relief package will provide Rs 5000 to 230,000 barbers and 775,000 drivers in the state. It will also provide Rs 5000 each to more than 7.75 lakh auto-rickshaw drivers. Further, he said that flower growers will be given one-time compensation of Rs 25000 per hectare. Currently, Karnataka's COVID tally stands at 848 cases with 31 deaths.