Khalsa Aid has been nominated for the Nobel Peace Prize. Canadian MP Tim Uppal, Mayor of Brampton Patrick Brown, and others have officially nominated them 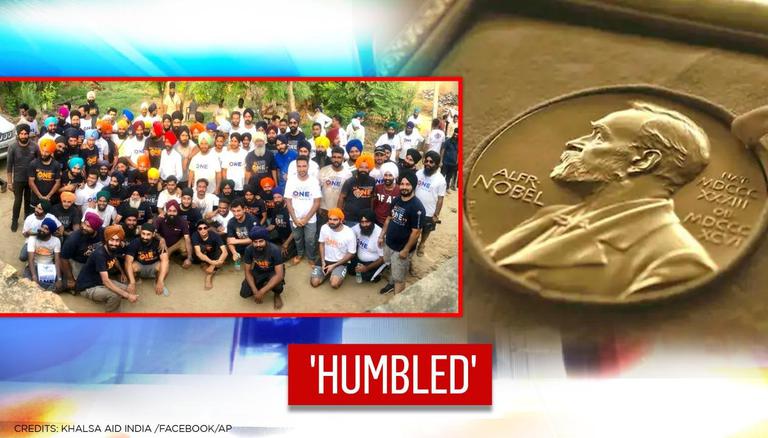 Khalsa Aid, the United Kingdom-based international non-profit humanitarian organization run by Indian origins took to social media on Monday and announced that they have been officially nominated for the Nobel Peace Prize by Canadian MP Tim Uppal, Mayor of Brampton Patrick Brown, and the MPP for Brampton South, Prabmeet Singh Sarkaria.

While announcing their nomination, the humanitarian organization stated, "We are deeply humbled by this nomination. Everything we do is thanks to our amazing teams and volunteers all around the globe. We are grateful for this historical nomination."

House of Commons of Canada, while nominating Khalsa Aid, wrote to the Norwegian Nobel Committee chairperson Berit Reiss-Andersen saying, "As the Member of Parliament for Edmonton Mill Woods in the Parliament of Canada, I am honored to nominate Khalsa Aid for the Nobel Peace Prize, with support from the Honourable Prabmeet Singh Sarkaria, Member of Provincial Parliament for Brampton South and Mayor of Brampton, His Worship Patrick Brown. Khalsa Aid is an international NGO with the aim to provide humanitarian aid in disaster areas and civil conflict zones around the world."

They added, "Khalsa Aid became the first-ever cross-border international humanitarian aid organization based on the Sikh principle of 'recognizing the whole human race as one'. Founded by Ravinder (Ravi) Singh, who was struck by the plight of the refugees in Kosovo in 1999, the charity has been providing support around the world to victims of natural and man-made disasters such as floods, earthquakes, famine, and war for over 20 years. They have been able to provide crucial aid to millions of people around the world" 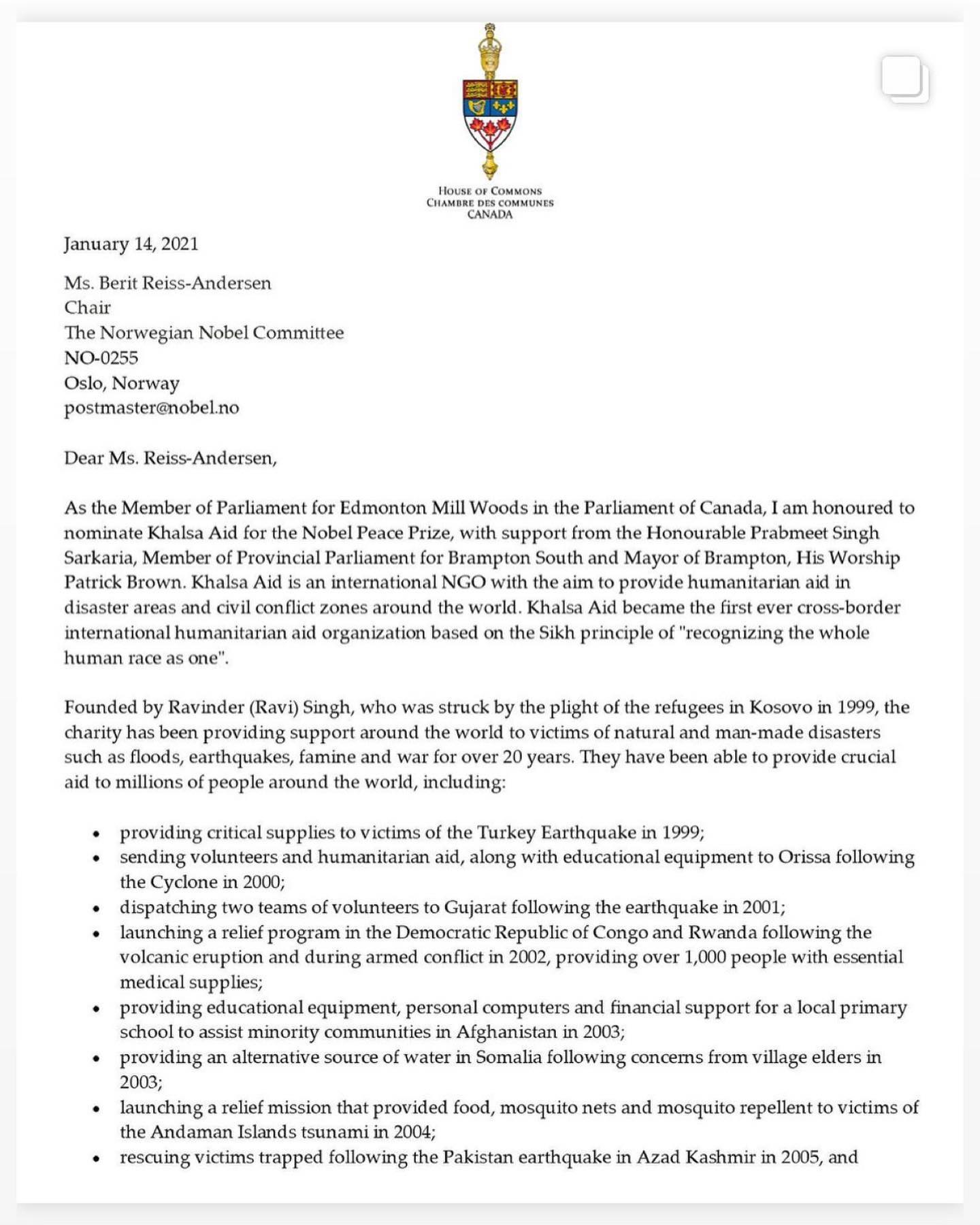 In December last year, the Khalsa Aid had set up a 'Kisan Mall' at the Tikri border to provide items of daily use for free of cost to protesting farmers. The racks were stocked with toothbrushes, toothpaste, soaps, oil, shampoo, vaseline, combs, mufflers, heating pads, knee caps, thermal suits, shawls, and blankets, among other things.