Leonardo DiCaprio in his Facebook post extends his support to Cauvery, says India’s rivers are severely endangered with many of its smaller rivers vanishing 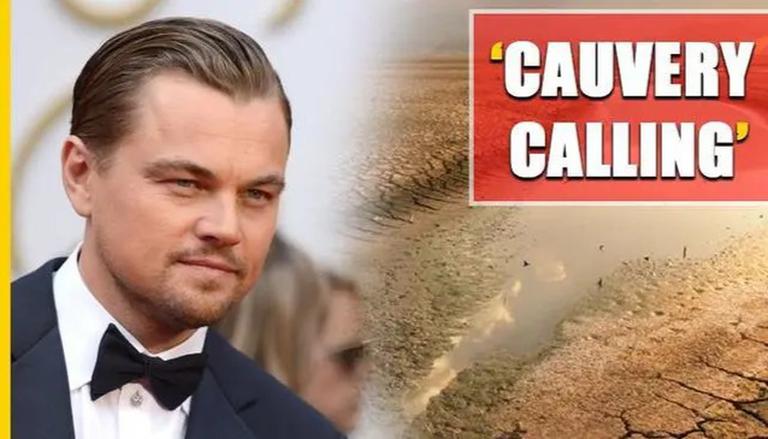 Hollywood star Leonardo DiCaprio has extended his support for the ‘Cauvery Calling’ initiative in India. He posted a picture of the river along with a message on his Facebook account on September 21. Last year, the founder of Isha Foundation, Sadhguru Jaggi Vasudev was invited by DiCaprio’s foundation for his companies 'Earth Sense' event. 'Cauvery Calling' is a movement initiated by the Isha Foundation in order to save and revitalize the Cauvery river in south India.

Asking people to join the 'Cauvery Calling' initiative Dicaprio said, "India’s rivers are severely endangered with many of its smaller rivers vanishing. Join Sadhguru and the Isha Foundation in their fight to preserve the Cauvery river.” 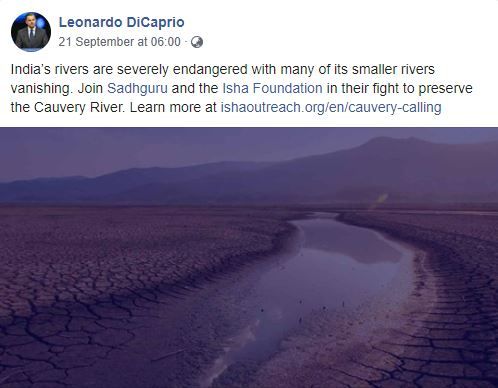 Sadhguru Jaggi Vasudev announced the launch of ‘Cauvery Calling’ in July. 'Cauvery Calling' is a first of its kind campaign, setting the standard for how India’s rivers – the country’s lifelines – can be revitalized. It will initiate the revitalization of the Cauvery river by supporting farmers to plant 242 crore trees in the river basin. This will increase water retention in the basin while enhancing farmer wealth by 300 to 800% in 5-7 years and transforming the lives of 84 million people. The Central government, as well as the State government, has also been extremely positive with its approach towards the mission.

To incubate inspiration for agroforestry among the Karnataka farmers it's been agreed with the state govt to involve 500 farmers in each of the 54 taluks as the first step towards fulfilling the goals of #CauveryCalling. -Sg (1/2)@BSYBJP @PrakashJavdekar @moefcc @CMOTamilNadu pic.twitter.com/pbpzoAUtpk

Sadhguru, the founder of the Isha Foundation, a non-profit and spiritual organization based in Coimbatore, India. From September 17, he is leading a motorcycle rally from Talacauvery, the origin of the Cauvery river in Karnataka, culminating in Chennai. A distance of around 3500 km would be covered. The aim of the 'Cauvery Calling' rally is to seek public support for the conservation of the Cauvery river. The focus would be on motivating farmers to switch from water-intensive crops to agroforestry. Agroforestry implies the practice of growing fruit or timber trees along with full-time crops or on a full-fledged basis.