After the Centre allowing the movement of stranded individuals from states across India, the Maharashtra state government has followed the order, on Thursday

After the Centre allowing the movement of stranded individuals from states across India, the Maharashtra state government has followed the order, on Thursday and has released the standard operating procedure for handling the movement of such individuals across state borders. The state has already appointed district collectors who will oversee the transport arrangement, verification, and screening of those leaving or entering the state via road. The state tops the nation's COVID tally with 9915 cases and 432 fatalities.

Here are the key steps:

Here is the SOP attached: 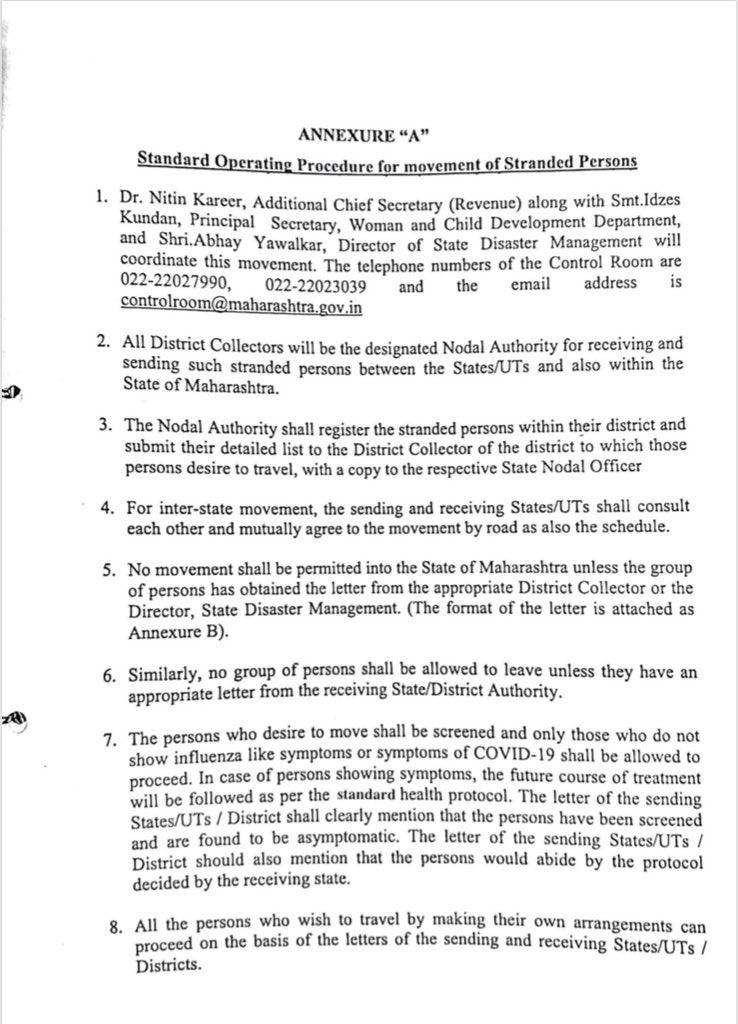 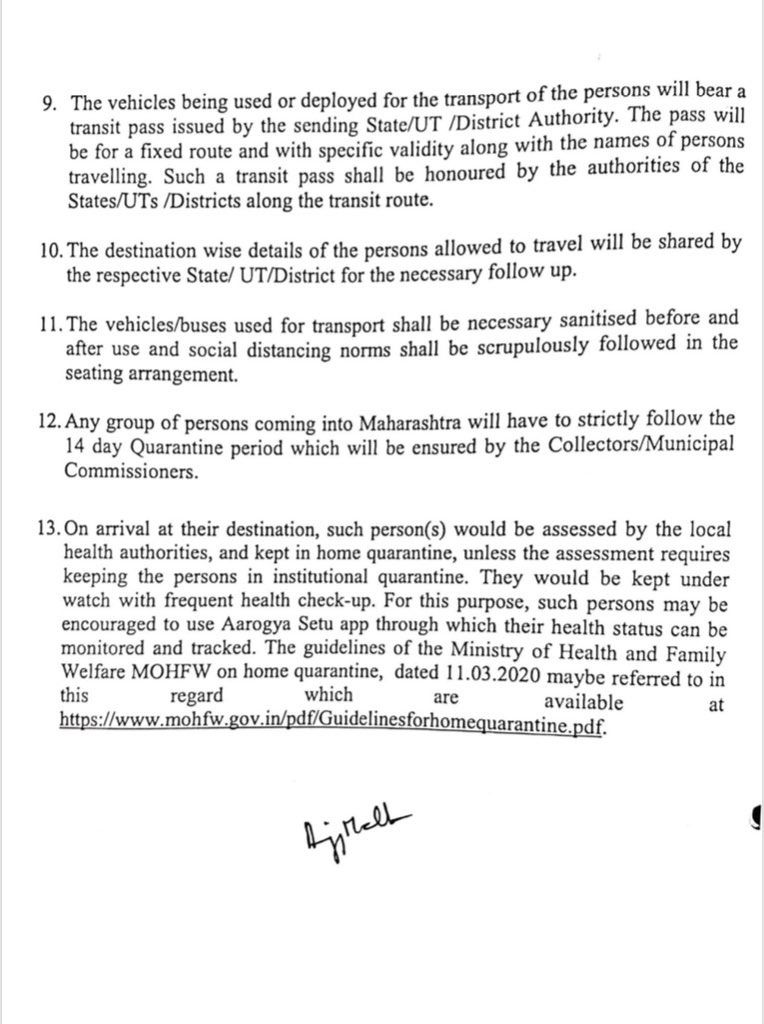 Earlier on Wednesday, the Ministry of Home Affairs permitted the inter-state movement of stranded persons in the country. This move will help migrant workers, students, pilgrims, tourists who have been stranded in different parts of India to return to their home state. While buses will be used for the transportation of the persons, they will be allowed to proceed only after being medically screened and undergoing 14-day quarantine in institutional facilities or home-quarantine.

While CM Uddhav Thackeray announced that the state government will partially resumption of economic activities from April 20 in Green and Orange zones,  the government had to rollback the partial relaxation in Pune and Mumbai as COVID cases soared. Moreover, the Maharashtra government has stated that there was no possibility of lifting the lockdown in the Mumbai Metropolitan Region and the Pune Metropolitan Region after May 3, when the national lockdown is set to end. CM Thackeray has also maintained that trains won't be allowed to resume as it will lead to crowding.

PEOPLE HAVE PLEDGED SO FAR
LATEST NEWS
View all
6 hours ago
Delhi has 102 containment zones at present: Official
6 hours ago
Bihar reports 19 COVID-19 deaths; number of cases rises to 3,359
6 hours ago
372 new coronavirus patients found in Gujarat, 20 deaths
6 hours ago
Petrol to be costlier by Rs 2, diesel by Rs 1 in J&K
6 hours ago
Jogi's last rites to be conducted in his home district