The Mumbai police has issued a travel advisory ahead of the grand swearing-in ceremony of Sena Supremo Uddhav Thackeray that expects a long list of guests.

The Mumbai police has issued a travel advisory ahead of the grand swearing-in ceremony of Sena Supremo Uddhav Thackeray that expects a long list of guests including some of the top political leaders from across the country as well as chief ministers of various states.The 3-page notice talks about traffic and parking restrictions that will be in place between 3-9 pm on Thursday as well as instructions to participants coming in for the oath-taking ceremony. They have also listed the various alternate routes and diversions around Shivaji Park Ground, Dadar where the ceremony will take place.

Please be advised about the alternate routes and diversions around Shivaji Park Ground, Dadar on the occasion of Oath-Taking ceremony of Hon. Chief Minister of Maharashtra, on Dt. 28/11/2019 between 1500 hours and 2100 hours. pic.twitter.com/NljoPqpYcC 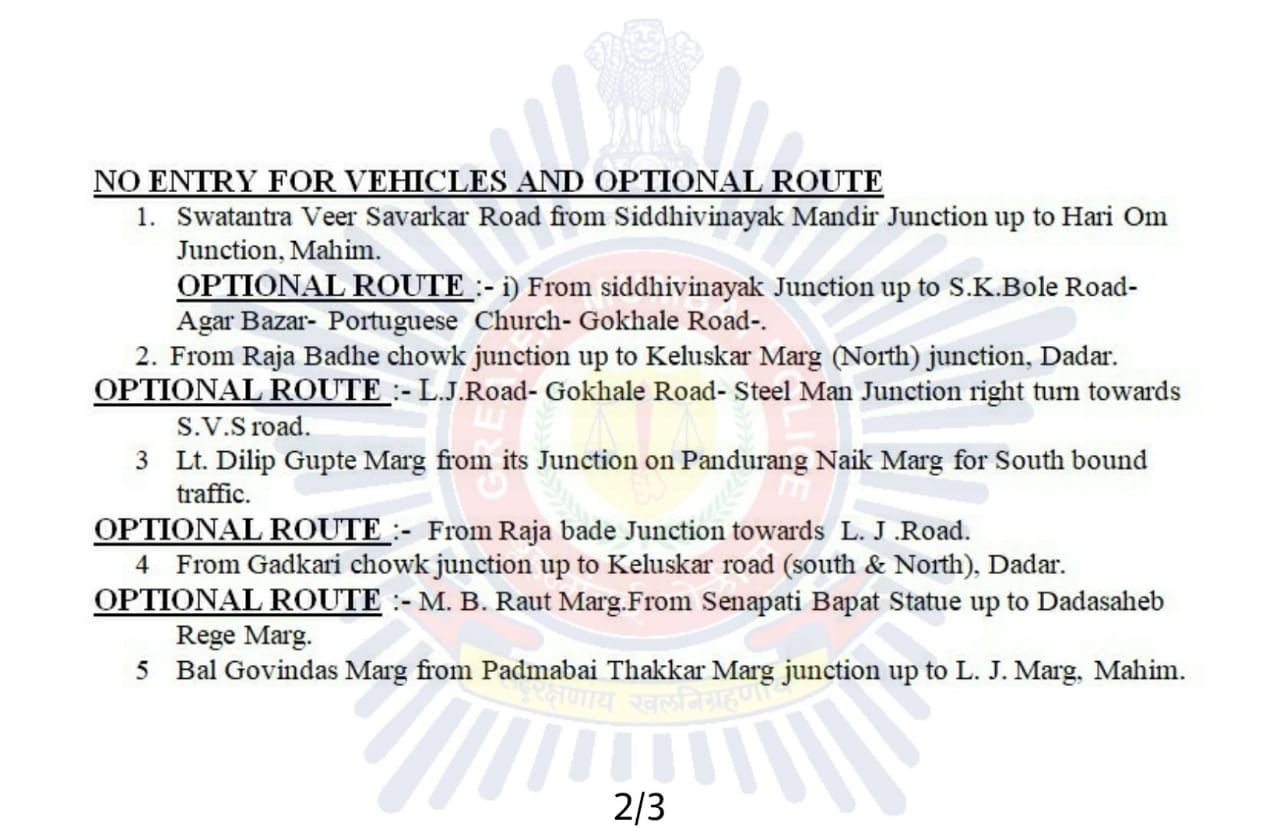 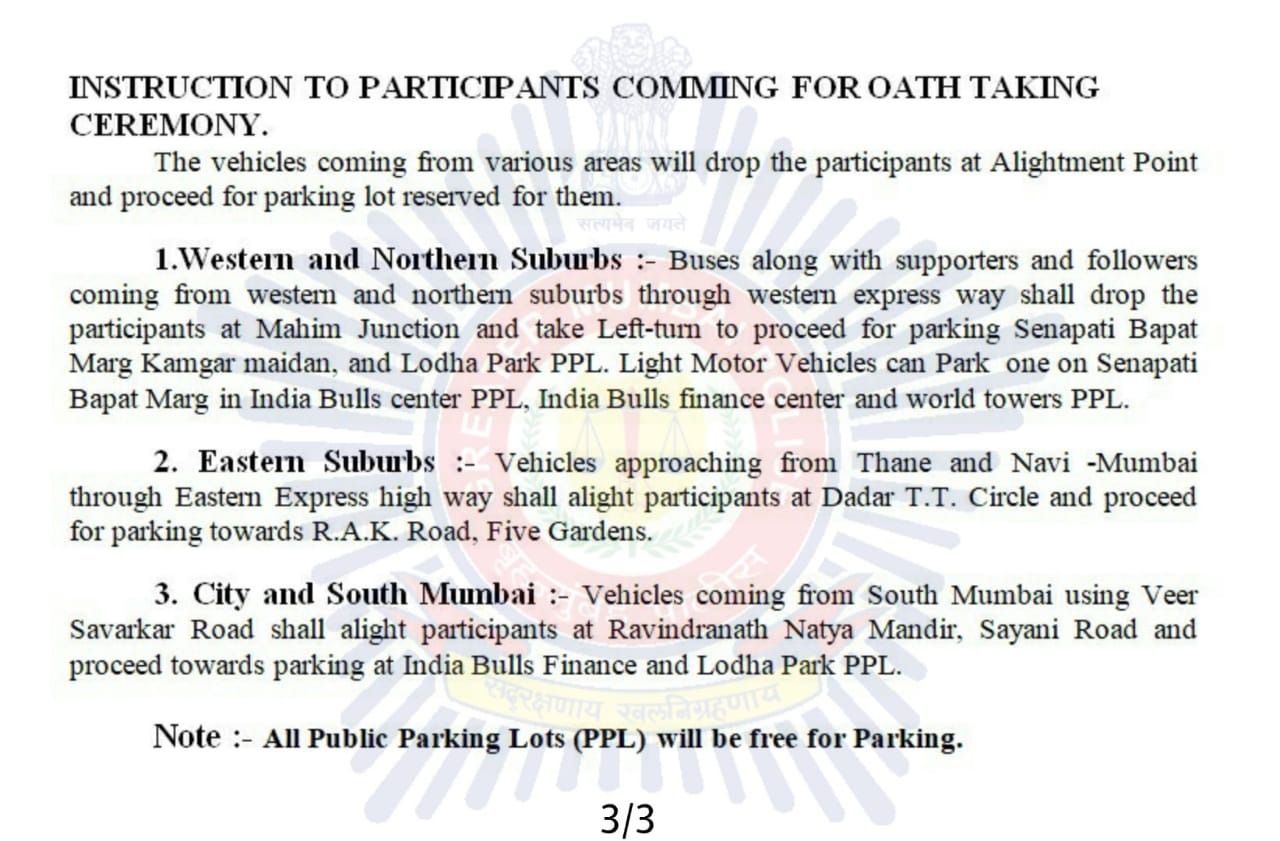 The leaders invited for the ceremony include Madhya Pradesh Chief Minister Kamal Nath, Chhatisgarh CM Bhupesh Baghel, Union Minister Nitin Gadkari and the Delhi Chief Minister Arvind Kejriwal. Apart from these political figures, the opposition leader from Andhra Pradesh, N. Chandrababu Naidu, and the former Uttar Pradesh CM, Akhilesh Yadav, have also been invited. Additionally, the coalition has also invited 400 farmers to attend the ceremony of Maharashtra. It was also reported that Sena invited PM Modi, Home Minister Amit Shah as well as Interim Congress President Sonia Gandhi. However, they are likely to skip the ceremony.