The Nagaland Governor also conveyed his deepest condolences to the bereaved families and wished for a speedy recovery of the injured persons. 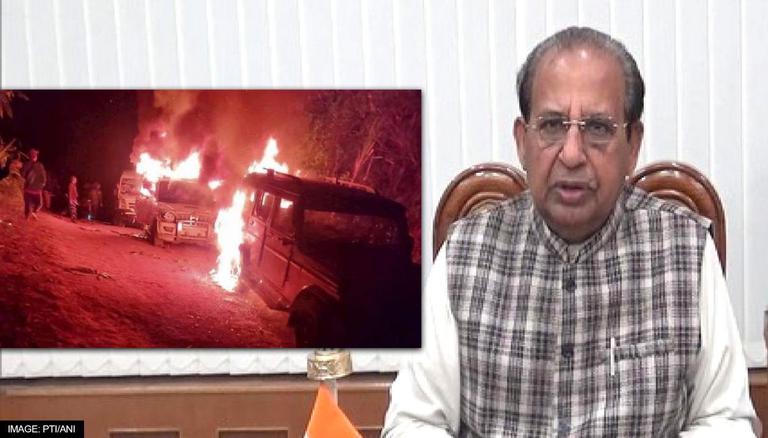 
Nagaland Governor Jagdish Mukhi condemned the 13 civilian deaths in Mon district on Sunday vowing to initiate an SIT-level inquiry into the matter. In a press statement issued by the Raj Bhavan, Jagdish Mukhi informed that a special investigation team for the immediate investigation had been formed to ensure the delivery of justice.

A statement issued by the Raj Bhavan, Kohima read, "Prof. Jagdish Mukhi, Hon'ble Governor of Nagaland and Assam condemns in the strongest possible words the incident of firing on the villagers on the evening of 4th December 2021 at a point between Oting and Tiru village under Mon District." It added, "SIT shall investigate the incident from all angles."

The Governor also conveyed his deepest condolences to the bereaved families and wished for a speedy recovery of the injured persons. "In the meantime, he has appealed to all to maintain peace," the statement said.

Meanwhile, the Naga Mothers Association, one of the highest civil bodies of Nagaland has condemned the incident and appealed to all tribes to refrain from celebrating the Hornbill Festival. Earlier on Sunday, the Eastern Nagaland People's Organisation (ENPO) had also urged the tribes of the region to not participate in the ongoing Hornbill Festival and to hoist black flags in their respective Morungs. In line with this, seven tribes have withdrawn from the biggest tourism exhibition. 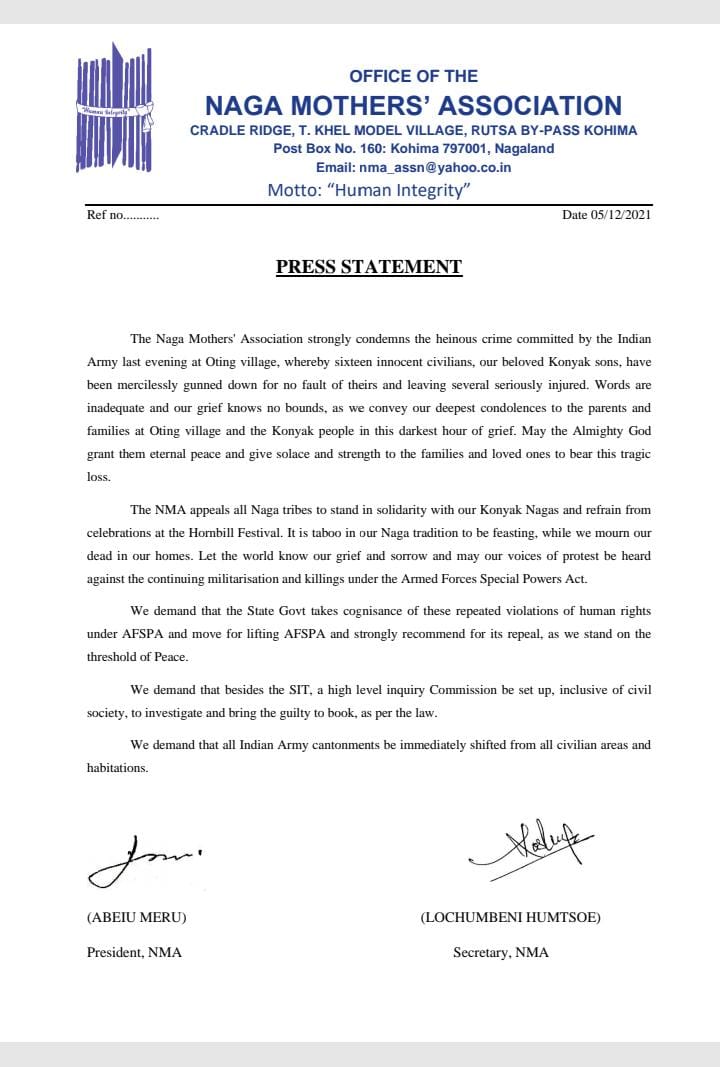 In an unfortunate incident of mistaken identity, at least 13 civilians were gunned down in an ambush by security forces in Nagaland's Mon district on Saturday evening. The incident took place between Oting and Tiru villages when some daily-wage labourers were returning home in a pick-up van from a coal mine. The vehicle was allegedly fired upon by Army personnel, who were conducting an operation in the area after receiving intelligence inputs on the movement of militants of the Yung Aung faction of proscribed outfit NSCN (K), officials of Assam Rifles said.

Unrest has mounted in Oting in the aftermath of the incident. Security vehicles have been ransacked and set ablaze by anguished villagers and armed forces have been forced to resort to violence to control the enraged demonstrators. A court of inquiry against the personnel involved in the killing of civilians has been ordered by the Indian Army. Chief Minister Neiphiu Rio upon receiving information on the civilian killings has also rushed back to Kohima from Delhi.