Parents Of Nirbhaya Petition President; Demand The Mercy Plea Of Convict To Be Rejected

The parents of Nirbhaya petitioned the President to reject the mercy petition filed by Vinay Sharma, one of the convicts in the Delhi rape and murder case

On Friday, the parents of Nirbhaya petitioned President Ram Nath Kovind to reject the mercy petition filed by Vinay Sharma, one of the convicts in the Delhi rape and murder case of 2012. In the letter to the President accessed by Republic TV, it is mentioned how the case unfolded over a period of time. Moreover, Nirbhaya's parents alleged that the mercy petition was a deliberate ploy to "avoid the execution of death sentence" and to hamper the "dissemination of justice". This comes after the Ministry of Home Affairs (MHA) forwarded the mercy petition to the President. 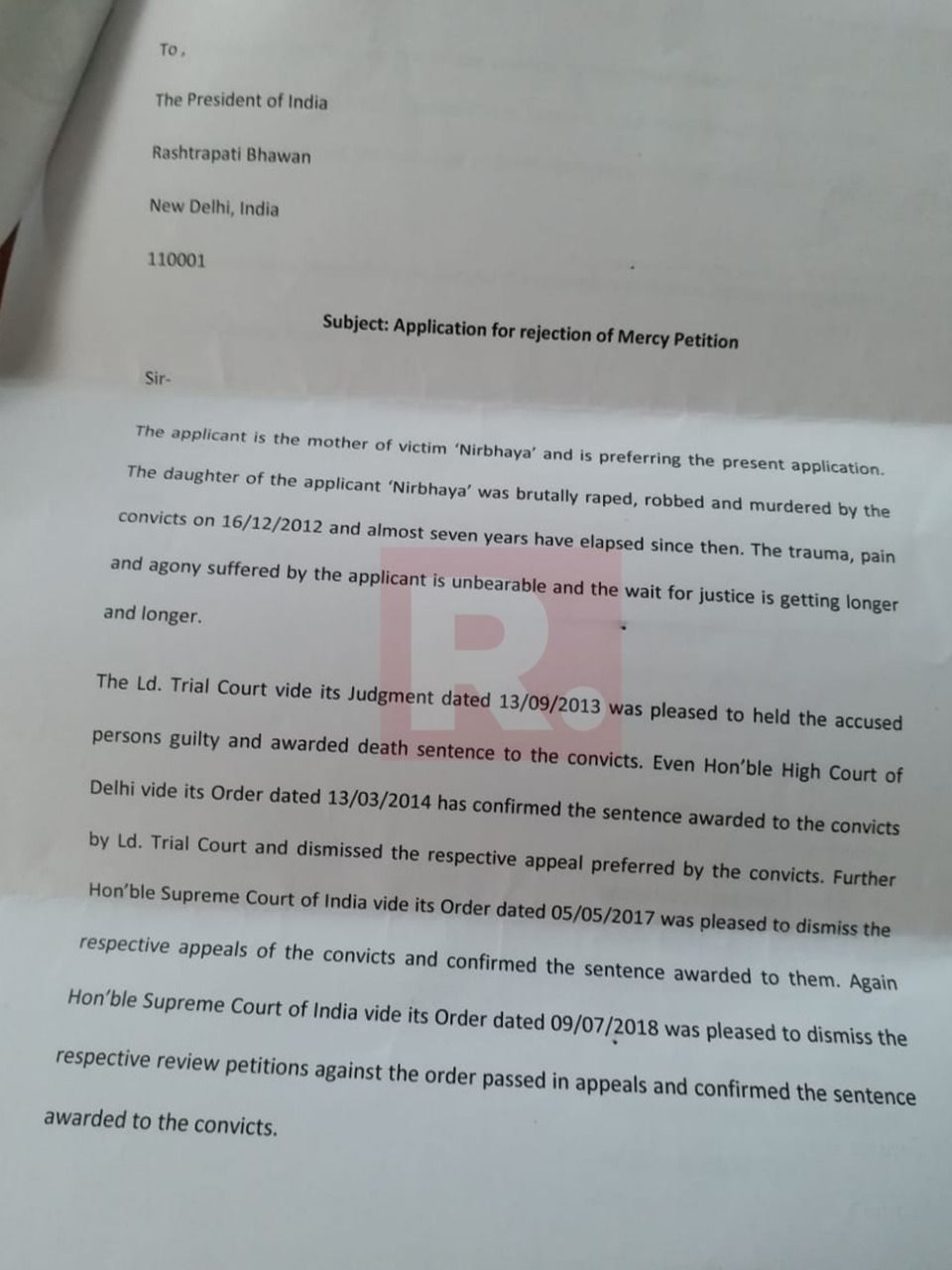 Read: MHA Receives Mercy Petition Of Convict In Nirbhaya Case, To Be Sent To The Prez: Sources 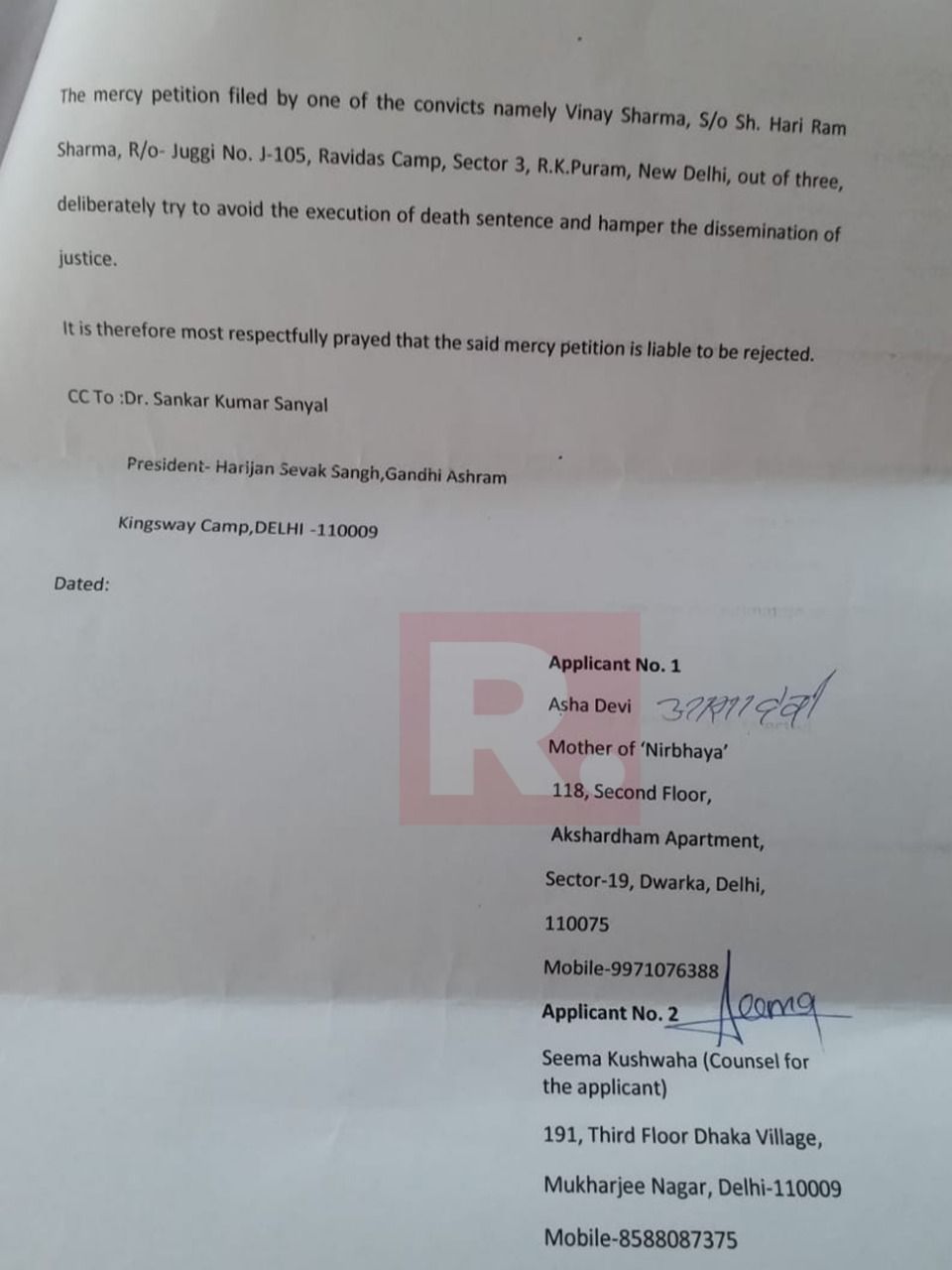 As per sources, the MHA has rejected the mercy petition. Sources reveal that the President’s Office could respond to the petition on Friday itself. Earlier, the Delhi government rejected the plea and recommended death penalty, describing it as a rarest of the rare case.

Read: Appoint Me Executioner So ‘Nirbhaya’ Case Convicts Can Be Hanged: Shimla Man To President

A 23-year-old paramedic student Nirbhaya was gang-raped inside a running bus by six persons on December 16 in 2012 in Delhi. The victim was severely assaulted and thrown out on the road along with her male friend and succumbed to injuries a few days later. Out of the six convicts, one committed suicide in prison, while another, a juvenile, served maximum punishment of three years in a reform home and was set free in 2015. The remaining four rapists were convicted and handed death sentence by a trial court in 2013, confirmed by the Delhi High Court in March 2014. The Supreme Court upheld the Delhi High Court's verdict in 2017. In July 2018, the SC rejected the review pleas filed by the three convicts for a re-examination of its 2017 judgment. The Tihar jail administration had issued a notice to the convicts on October 31 this year reminding them about the mercy petition being their last option after exhausting all other legal options.

Read: Nirbhaya's Parents Speak On The Encounter Of All Hyderabad Rape And Murder Accused