After WB CM Mamata Banerjee's call for a UN-monitored referendum against the amended Citizenship Act, a petition on Monday has been filed seeking her removal

After West Bengal Chief Minister Mamata Banerjee's call for a UN-monitored referendum against the amended Citizenship Act, a petition on Monday has been filed in the Supreme Court by a journalist named  Varaaki. The petition calls for the court to order the West Bengal Governor Jagdeep Dhankar to remove Banerjee from her post as she 'desecrated her oath of secrecy'. It also pointed out that the governor had rightfully condemned the Chief Minister's statement seeking an external body's interference in India's internal matters. 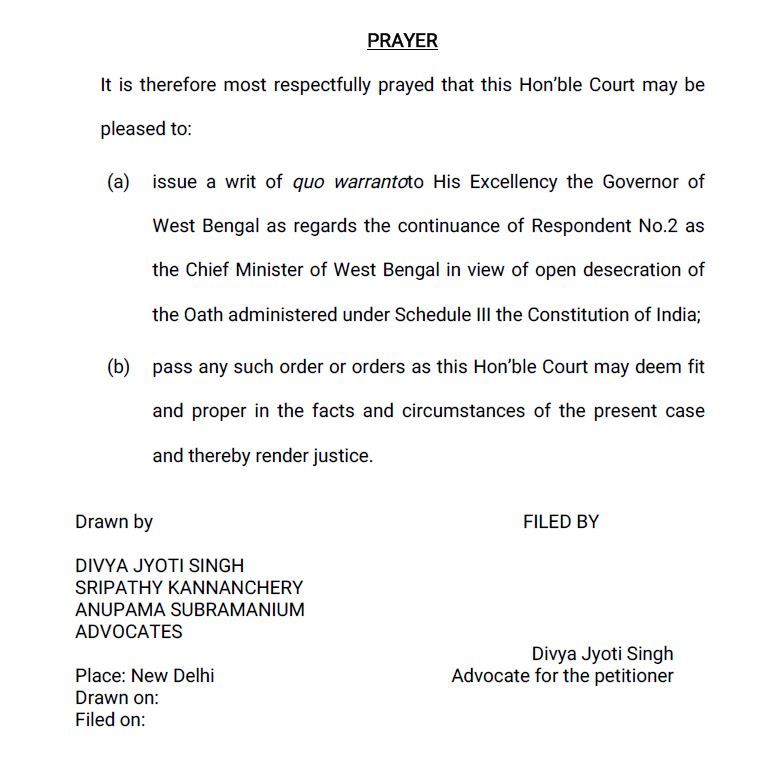 Mamata  calls for UN-referendum into CAA

Earlier on December 19, pushing for UN interference into India's Citizenship Act, West Bengal Chief Minister Mamata Banerjee asked for a referendum by the people conducted by the United Nations, while speaking at a Kolkata anti-CAA rally. She has dared the Centre to let the people vote on the Act to judge if they really accept the act. Violent protests against the act have been witnessed across the nation.

"If BJP has guts, let an impartial organization like the United Nations or Human Rights Commission do a referendum on CAA and ask people if they accept it or not. No BJP, NO TMC involved. Let's see what people say," she said.

Immediately, West Bengal Governor Jagdeep Dhankhar appealed to Chief Minister Mamata Banerjee to withdraw her statement. Dhankhar took to Twitter and said that as a citizen of the country he was "distressed, pained and hurt" at Banerjee's statement. He hoped that the chief minister would "definitely pay heed" to his request as nobody should "compromise our nationalism".

PM Modi too in his Delhi rally on December 22,  pointed out the sudden change in stance by her on infiltration. He reminded her of the  2005 incident when Banerjee had in the Lok Sabha as to why the UPA  parliament was ignoring the issue of Bangladeshi infiltration. He slammed her for approaching the UN on this and her lack of trust in Bengal, asking, 'Why are you so scared?'

Mamata Banerjee's change in stance: 'Infiltration disaster in Bengal' to 'No NRC in WB'