'PM Is An Institution, Duty Of Every State Govt To Provide Foolproof Security': Odisha CM

Naveen Patnaik stressed on the need to safeguard the dignity of India's PM asserting that anything contrary to it 'should be unacceptable in our democracy. 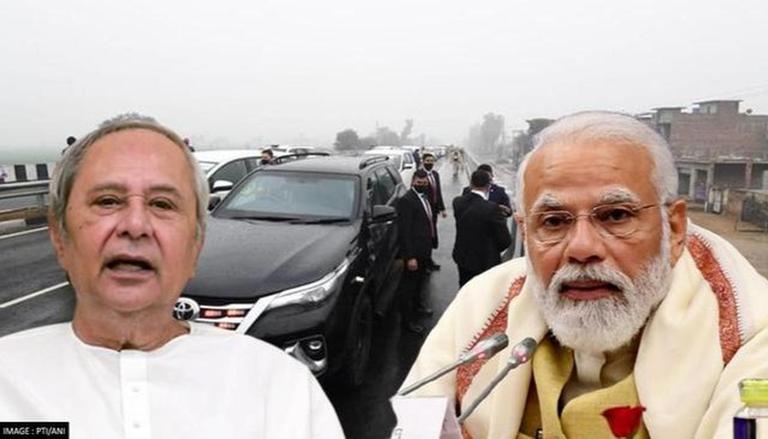 
Odisha Chief Minister Naveen Patnaik reacted to the shocking breach of Prime Minister Narendra Modi's security in Punjab, saying that it was the duty of every government to provide fool-proof security to the Head of State. Taking to Twitter, the Odisha CM stressed the need to safeguard the dignity of India's Prime Minister asserting that anything contrary to it 'should be unacceptable in our democracy'.

On Wednesday afternoon, PM Modi was forced to postpone his Ferozepur rally after his security was compromised upon arriving in the state. At Ferozepur, an announcement was made on the stage that his visit is cancelled 'due to some reason'. It was then revealed that the PM's convoy was blocked by 'protesters' on a highway, close to the Pakistan border for 15-20 minutes. Moreover, the Punjab Government failed to deploy additional security as a part of the contingency plan.

The Prime Minister of India is an institution. It is the duty of every Government to provide foolproof security and safeguard the dignity of this institution. Anything contrary should be unacceptable in our democracy.

To probe the shocking lapse, the Ministry of Home Affairs on Thursday constituted a high-level committee to conduct a thorough investigation into what transpired during Prime Minister Narendra Modi's visit to Punjab. The three-member committee will be led by Sudhir Kumar Saxena, Secretary (Security), Cabinet Secretariat.

Ministry of Home Affairs (MHA) has constituted a committee to enquire into the serious lapses in the security arrangements during Hon'ble Prime Minister Shri Narendra Modi’s visit to Ferozepur, Punjab on 05.01.2022, which led to the exposure of the VVIP to grave security risk," MHA Tweeted.

It added, "The three-member committee will be led by Shri Sudhir Kumar Saxena, Secretary (Security), Cabinet Secretariat and comprising of Shri Balbir Singh, Joint Director, IB and Shri S. Suresh, IG, SPG. The committee is advised to submit the report at the earliest."

Earlier in the day, PM Modi also briefed President Ram Nath Kovind on the first-hand account of the security breach in his convoy in Punjab. The President expressed his concerns about the serious security lapse. 27 IPS officers have also raised the matter with the Rashtrapati Bhavan.

A Supreme Court bench led by Chief Justice of India NV Ramana is also expected to hear an urgent plea regarding the matter on Friday. In the plea, the petitioner (Lawyers' voice) claims that the security lapse was occasioned clearly in connivance with the Punjab Police.