PM Modi Reaches Purvanchal Expressway Inauguration In Hercules Aircraft; Know All About It 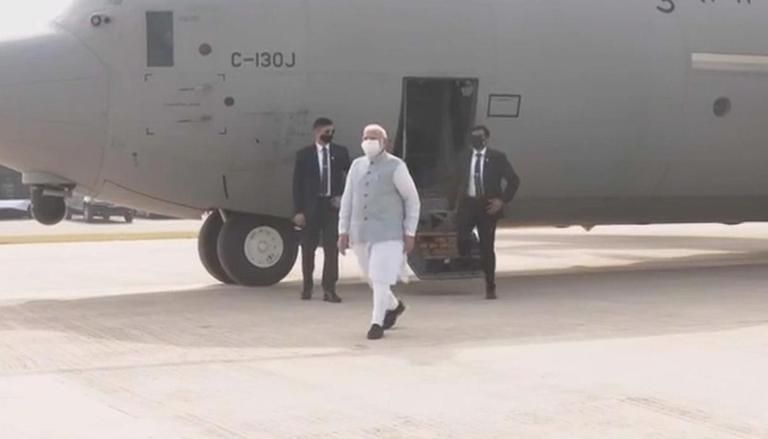 
As the inauguration for the 340 km-long Purvanchal Expressway in Uttar Pradesh is expected to begin soon, we take a look at the aircraft that Prime Minister Narendra Modi and Defence Minister Rajnath Singh arrived in on the Purvanchal Expressway. The Indian Air Force’s fighter aircraft is called the Air Force C-130J Super Hercules. Other aircrafts used in the inauguration are Sukhoi, Mirage, Rafale and AN 32. The C-130J is the latest addition of the C-130 Hercules series and currently, it is the only model in production. As of July 2021, there were only 450 C-130J aircraft manufactured and delivered in 22 countries. The fighter jet has been manufactured by the American defence company Lockheed Martin as the company claims that the C-130 J provides ‘superior performance and capabilities’ than Hercules C130.

The Super Hercules is an excellent aircraft for emergency situations as it can land at short and rough airstrips. The C-130J was first used in 1996 and by 2013, it had completed a million flight hours worldwide. The C-130J has a proven track record of more than 2 million flight hours as it has assisted in supporting tactical airlift, search and rescues, special operations, commercial, and refuelling missions around the globe. Currently, the IAF has 12 C-130J Super Hercules aircraft, with the first one being ordered in 2007. The C-130J Super Hercules also has dual HUDs to help with situational awareness, block 7.0/8.1 software, installed in-line during production, automated maintenance fault reporting, Integrated defensive suite and 250-knot ramp/door.

About the Purvanchal Expressway

The Purvanchal Expressway is by far the largest project of Uttar Pradesh and even after the COVID-19 pandemic, the construction of the expressway was finished within 36 months. As per the UP government, there will be industrial corridors built on the expressway to help increase transportation of machinery, food processing and dairy-milk development. This will increase the vacancies, therefore helping the local people. The expressway will connect UP’s capital Lucknow to its eastern districts like Mau, Azamgarh, Barabanki along with Prayagraj and Varanasi. After the inauguration, PM Modi will also attend a 45-minute air show by the IAF and there will also be a public meeting.