Prime Minister Narendra Modi on Thursday has written a letter of appreciation to the Air India crew and health ministry officials involved in the evacuation of citizens of India and Maldives from the Chinese city of Wuhan following the outbreak of the Novel Coronavirus.

The letter would be handed over to the evacuation team, including the Air India crew and Health Ministry officials, by the Minister of State for Civil Aviation, the PMO statement said. Air India had conducted an emergency evacuation operations from Wuhan, the epicenter of the novel coronavirus outbreak in China.

"Despite being aware of the aforementioned severe situation in the region, the Air India sent two B-747 aircraft with teams of Air India as well as teams from Ministry of Health for two consecutive days, on January 31 and February 1, returning the next day," the statement said. 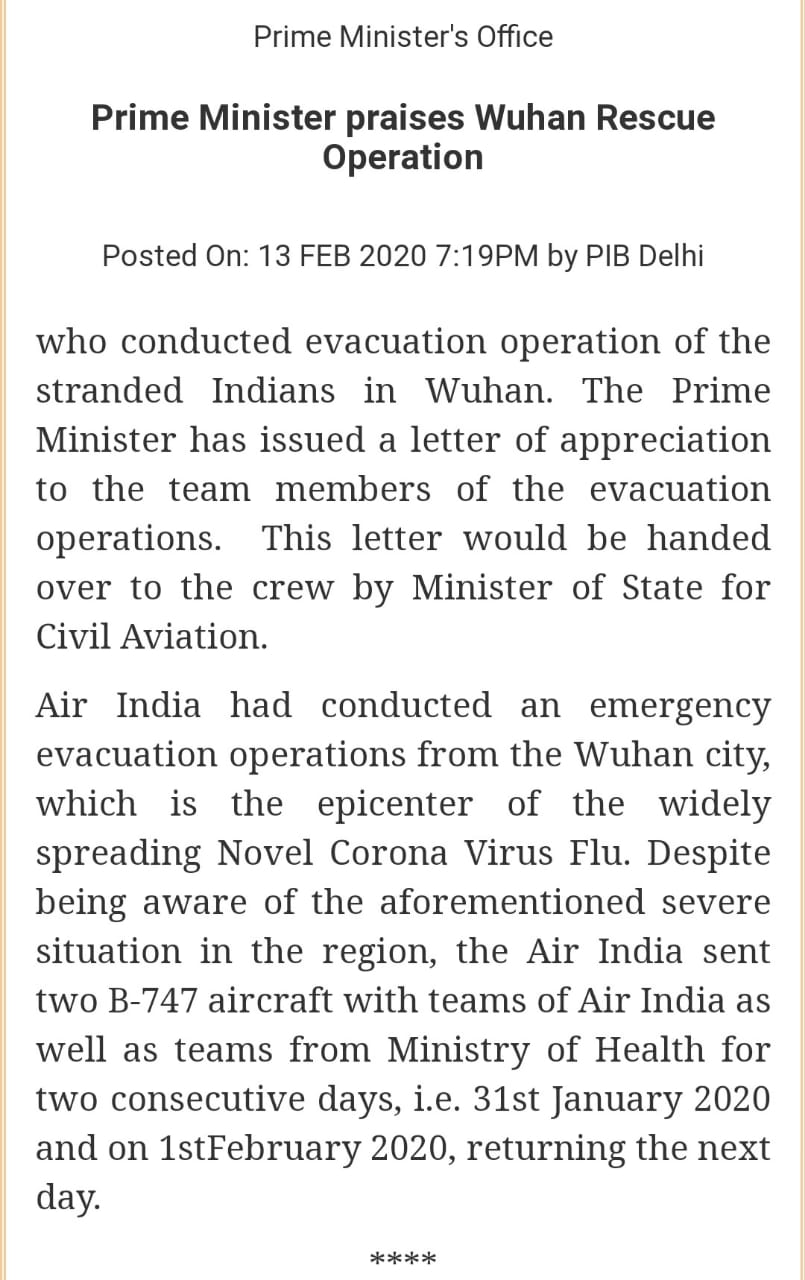 The two special flights carrying as many as 647 Indians and 7 Maldivians had reached New Delhi on Saturday and Sunday. The team led by Air India's Director of Operations Captain Amitabh Singh included 30 cabin crew, eight pilots, 10 commercial staff of Air India and one senior officer from AI CMD Secretariat.

In the wake of the novel coronavirus outbreak in Hubei province, India has put restrictions on the movement of people to and from China, like many other countries, as part of precautionary measures to contain the spread of the virus. EAM S Jaishankar later informed Parliament that India had also extended help to Pakistan to help evacuate its nationals from Wuhan, but the offer was presumably rejected despite Pak students' video S.O.S.