PM Narendra Modi will virtually address the convocation of Visva Bharati University via video conferencing today where over 2,000 students will graduate. 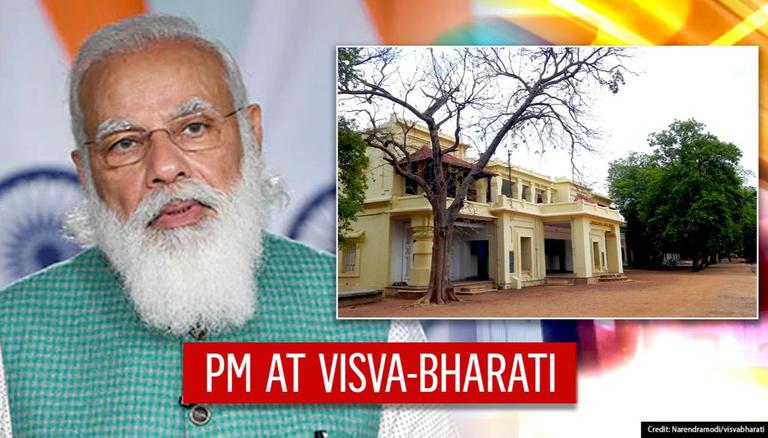 Prime Minister Narendra Modi on Friday will attend the convocation of  Visva-Bharati University via video conferencing at 11 am. Over 2,000 students will receive their degrees during the ceremony. West Bengal Governor and Rector of Visva-Bharati Jagdeep Dhankhar, Union Education Minister Ramesh Pokhriyal Nishank, and Union MoS for Education Sanjay Dhotre will also be present at the virtual event.

Visva-Bharati is a prized centre of learning. It is closely associated with the ideals of the great Gurudev Tagore. Those who have studied there have distinguished themselves in many fields. At 11 AM tomorrow, 19th February, will be speaking at Visva-Bharati’s convocation.

In December, last year, PM Modi virtually addressed centenary celebrations at Visva-Bharati University and said that the university is the essence of Aatmanirbhar Bharat. He had said that it is a matter of pride for every Indian that the university has completed its 100 years. PM Mod had also said that Visva-Bharati University was a dream of Rabindranath Tagore. He said, "It is a place which gives continuous energy to the country." Calling the work of Gramodaya of the university admirable, the Prime Minister said that the university's yoga department which started in 2015 is also growing in popularity. "Tagore's university campus is an example of both study and life together with nature," he added.  PM Modi said," Gurudev used to say that we should create such a system that there is no fear in our mind, our head held high and our knowledge free from shackles. Today the country is trying to fulfil this objective through National Education Policy."

READ| 'They Did Not Invite Me To Visva Bharati,' Claims Mamata Banerjee, Hits Out At BJP