The centres would be set up in Punjab to undertake extensive research on the holy scriptures and Shankaracharyas would be requested for providing guidance. 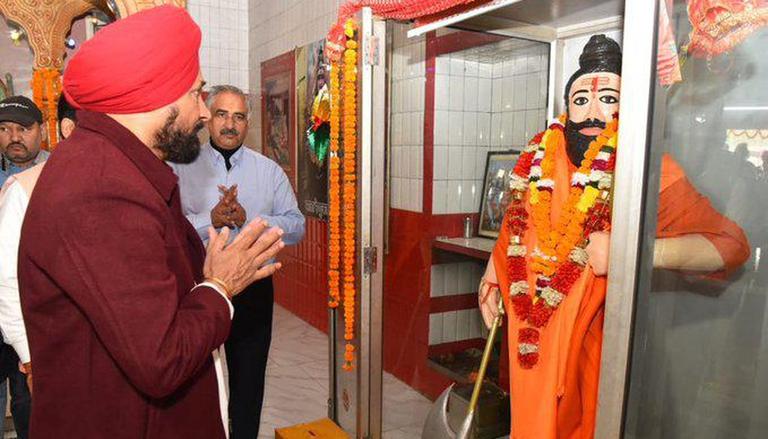 
Punjab Chief Minister Charanjit Singh Channi on Sunday announced that he would be setting up an exclusive research centre in the state on the three Hindu epics of Ramayana, Mahabharat and Shrimad Bhagavad Gita. As per the CMO office, the centres would be set up to undertake extensive research on the holy scriptures and Shankaracharyas would be requested for providing necessary guidance. The decision has been taken by the Punjab CM in a bid to restate his government's belief in religious coexistence.

Apart from the research centre, Charanjit Singh Channi has also announced that chairs would be set up in the names of Bhai Jaita Ji, Maharaja Agrasen, Bhagwan Parshuram and Guru Ravidas Ji to propagate their ideology. Additionally, the Chief Minister has allocated Rs. 7 crores for Hajj Bhawan at Malerkotla, Rs. 10 Crore for Christian Bhawan at Gurdaspur and Rs. 10 Crore for Brahmin Bhawan at Khati near Phagwara.

In the run-up to the state elections, the Congress government in the state has been announcing scores of freebies and poll sops from waiving auto-drivers' challans to cancelling FIRs against farmer protesters. CM Channi, who has assumed the post for a brief while after the exit of Captain Amarinder Singh has also declared free electricity and water for the poor and farmers, and free bus service to the Kartarpur pilgrim corridor.

However, Channi's pre-poll promises have invited an attack from Aam Aadmi Party (AAP) who have called him 'Nakli (Fake) Kejriwal' for allegedly emulating their convenor Arvind Kejriwal's promises. The APP has claimed that Channi has been 'shamelessly' copying Kejriwal's 'original' model but failing to implement it.

In his Punjab campaign, Kejriwal so far has promised 300 units of free electricity, waiver of outstanding electricity bills, and uninterrupted round-the-clock electricity in the scenario that AAP wins the 2022 Punjab election. He has also declared that every adult woman of the state will receive Rs1000 per month if the party comes to power.

The election to the 117-member Punjab assembly is due early next year. The Sonia Gandhi-led party faces a tough fight in the 2022 Punjab Assembly polls with the Shiromani Akali Dal, Punjab Lok Congress and AAP seeking to make inroads.