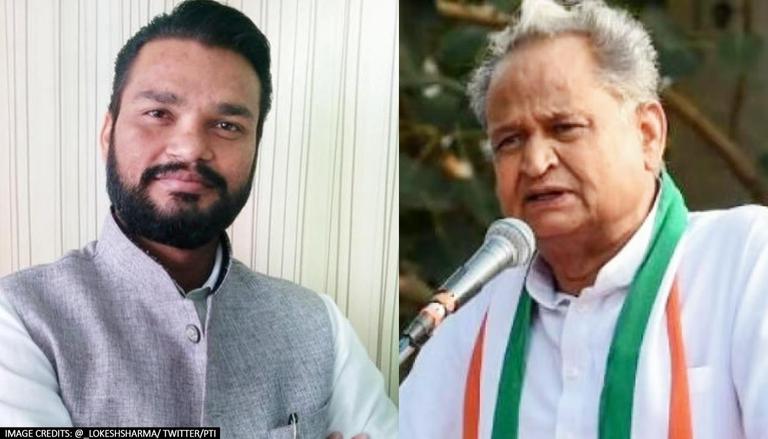 
Lokesh Sharma, Officer on Special Duty (OSD) to Rajasthan Chief Minister Ashok Gehlot, offered his resignation after a tweet posted by him on Saturday afternoon provoked a controversy amid the political developments in Punjab.

Earlier, Lokesh Sharma wrote in a Tweet, "The strong is being forced, the insignificant is being strengthened when the fence is eating the crops, who can save such a field!"

Rajasthan | Lokesh Sharma, Officer on Special Duty (OSD) to Rajasthan CM Ashok Gehlot, has offered resignation after a tweet he posted on 18th September sparked controversy amid the political developments in Punjab pic.twitter.com/0ZmD0cMope

This post led people to speculate that Ashok Gehlot was unhappy with Punjab's political developments and was further interpreted as criticism of the Congress party's high command.

A similar Punjab-like situation was earlier observed in Rajasthan when CM Ashok Gehlot and former Deputy Chief Minister Sachin Pilot were involved in a political conflict following the announcement of the 2018 Assembly polls results. Earlier, Ashok Gehlot had undergone angioplasty in the SMS hospital of Jaipur after he experienced severe chest pain. Further giving an update on his improving health condition, he thanked the people of Rajasthan for 'well-wishes, affection, and blessings'.

Punjab Chief Minister Captain Amarinder Singh on Saturday, submitted his resignation along with that of his Council of Ministers, to the state Governor Banwarilal Purohit. Speaking to the media Amarinder Singh had said, "They called the MLAs to Delhi twice and are now convening Congress Legislative Party meeting here in Chandigarh today. This makes me feel that they have an element of doubt on me, that I wasn't able to run the government." He had added, "It's better that they give the Chief Ministership to someone they trust".

In an interview with Republic Media Network's Editor-in-Chief Arnab Goswami, Captain said, "If you ask me what I am going to do, I won't be able to tell you but I will consult my friends in politics and come up with a decision soon".

The Congress party is expected to announce the new Chief Minister for Punjab on Sunday, September 19. A Congress Legislative Party (CLP) meeting has been called at 11 AM in the state to finalize the new Punjab CM. As per sources, a senior state leader who is being considered for the post is Sukhjinder Singh Randhawa.