Rakesh Tikait, the leader of the Bharatiya Kisan Union, announced on Wednesday that on November 29, 500 farmers will arrive in Delhi on 30 tractors. 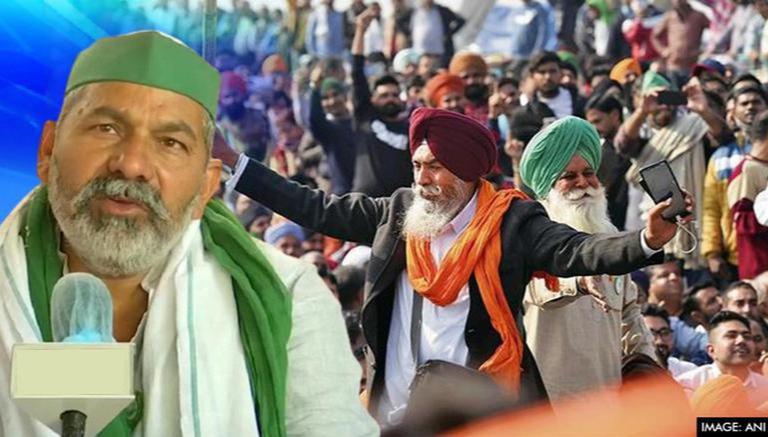 
Rakesh Tikait, the leader of the Bharatiya Kisan Union, announced on Wednesday that on Monday, November 29, 500 farmers will arrive in Delhi on 30 tractors. He went on to say that more information would be released following a meeting on Friday, November 26, which would celebrate the first anniversary of the farmers' protest against the three farm laws, the repeal of which was announced by the Centre earlier this month. Speaking to ANI, Tikait said, "On November 29, 500 farmers will go to Delhi on 30 tractors. The details will be provided after a meeting on November 26, which will be marked as the first anniversary of our protest".

He further said, "We will withdraw our protest and will go home after the government accepts our demand for law on Minimum Support Price (MSP). We don't have the intention to stay put at Delhi border till January 26. If the government accepts our demand on MSP and compensation for 750 farmers who died during the protest, then we will go back home."

Regarding election campaigning against the BJP, the farmer leader said, "Campaigning in the election against BJP will be decided only after the Model Code of Conduct is in place. Now, the government is working, let them do it". According to media sources, the Union Cabinet is expected to adopt the proposal to repeal the three agriculture legislation during its meeting on Wednesday. The removal of the three farm laws is anticipated to be discussed by the Union Cabinet on Wednesday, November 24. Sources in the government told ANI that bills to repeal the laws would be introduced in the next Parliament session.

The Indian government has included 'The Farm Laws Repeal Bill, 2021' in the legislative agenda for the Lok Sabha's winter session, which begins on Monday, November 29. Prime Minister Narendra Modi declared earlier on Friday that the Centre will abolish the three farm laws and introduce required bills in the upcoming winter session of the Parliament. The Prime Minister also stated that the administration will form a committee to work on a new Minimum Support Price framework (MSP).

Farmers have been resisting the government's three farm bills since they were passed in 2020 by the Centre. The Farmers' Produce Trade and Commerce (Promotion and Facilitation) Act, 2020, the Farmers (Empowerment and Protection) Agreement of Price Assurance, Farm Services Act, 2020, and the Essential Commodities (Amendment) Act, 2020 are all set to be repealed by the Farm Laws Repeal Bill, 2021. The introduction and passing of the Farm Laws Repeal Bill, 2021 has been scheduled. It is one of 26 new bills on the government's agenda.

READ | Farmer trampled to death by elephant in Jharkhand