The Appointments Committee of the Cabinet approved the appointment of senior bureaucrat Rajiv Bansal as the Chairman and Managing Director of Air India.

On Thursday, the Appointments Committee of the Cabinet approved the appointment of senior bureaucrat Rajiv Bansal as the Chairman and Managing Director (CMD of Air India. A 1988-batch officer of the Nagaland cadre, Bansal is currently serving as the Additional Secretary in the Ministry of Petroleum and Natural Gas. Incidentally, this will be his second stint at the helm of affairs in the state-run airline. 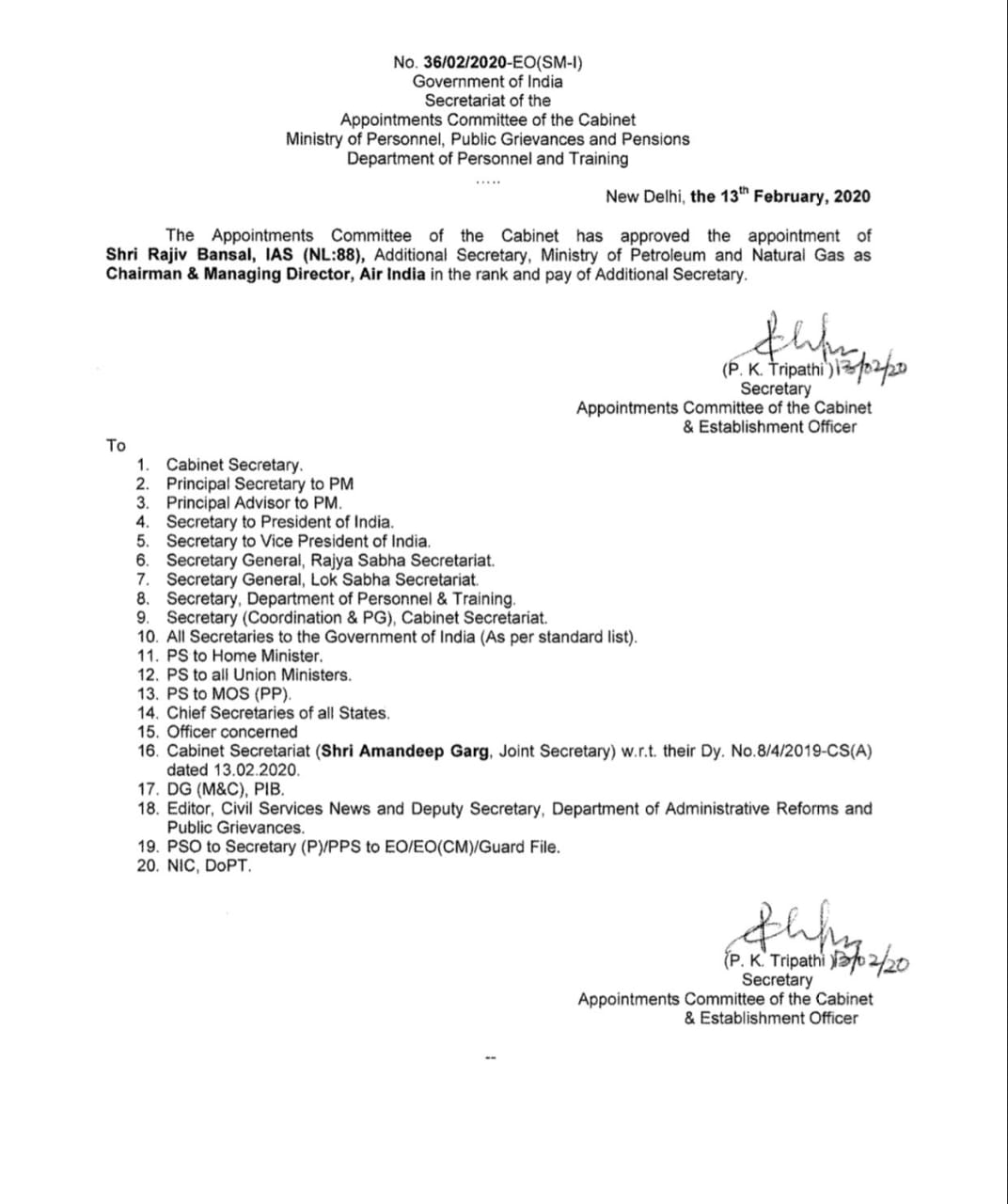 In August 2017, he was named as Air India’s interim CMD for three months. During this short tenure, he took steps to reduce costs and improve the on-time performance of flights. Bansal replaces Ashwani Lohani, who has completed his one-year tenure as the CMD of Air India.

An IIT Delhi graduate, Bansal also has a diploma in Finance from ICFAI and an Executive Masters in International Business from IIFT, New Delhi. In his career spanning almost three decades, he has served in various positions such as Secretary, Central Electricity Regulatory Commission (CERC), Joint Secretary, Department of Heavy Industries and Director, Ministry of Civil Aviation. His previous assignment was in the Ministry of Electronics and Information Technology where he handled subjects such as digital payments, Aadhaar and internet governance.

The government-owned airline’s interests in entities such as Air India Engineering Services, Air India Air Transport Services, Airline Allied Services and Hotel Corporation of India would not be a part of the disinvestment transaction. As per the bid document, a debt of Rs.23,286.5 crore would remain with Air India and Air India Express at the time of closing of the disinvestment. In 2018, the Centre's attempt to sell 76 per cent equity share capital of Air India failed to attract any bidders.