In his letter addressed to the Delhi CM, he has referenced a recent announcement made by the Government of NCT of Delhi regarding the implementation of the odd-even vehicle rationing plan which will be implemented in New Delhi from 4th November to 15th November.

In the letter written by the Shiromani Akali Dal party member, Sirsa, he has requested the Delhi CM to either postpone or pre-pone the odd-even vehicle rationing plan citing the 550th Prakash Purab of Sri Guru Nanak Dev Ji which falls on November 12. The letter further informs about a grand Nagar Kirtan that will be organised from Gurudwara Sisganj Sahib to Gurudwara Nanak Piao Sahib at the G.T Karnal road in New Delhi.

The letter reads, “ Your odd-even policy would adversely affect the devotees and they would find it difficult to take part in the Nagar Kirtan and other programmes. You are, therefore, requested to either pre-pone or postpone the proposed odd-even policy considering the celebratory events of 550th Prakash Purab of Sri Guru Nanak Dev Ji. I hope you would consider our humble request favourably.”

Letter by Manjinder Singh Sirsa to the Delhi CM 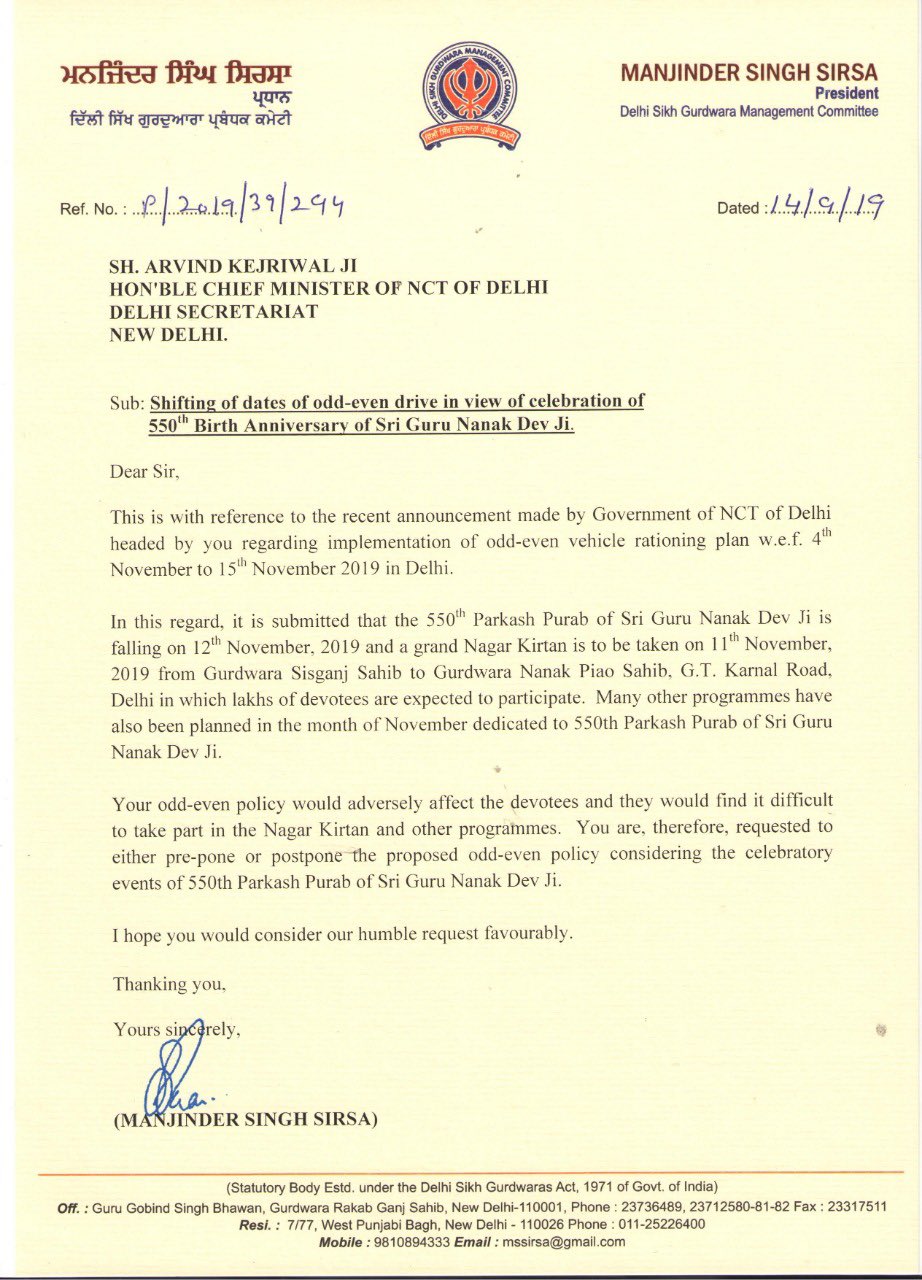 While addressing the media on Friday, Kejriwal announced the return of odd-even rule in the state starting from November 4 and lasting up to November 15. As per the Delhi CM, this move will reduce pollution in the area by 13% to 15%.

Reacting to the Delhi Government's odd-even policy, Manjinder Sirsa of Akali Dal called Kejriwal's move to reduce pollution a publicity stunt. According to the Akali Dal member, odd-even is not a fixed permanent solution to decrease the pollution in Delhi. Delhi needs a long-term plan to fight pollution he said.