US President is on a two-day-long journey to India along with the First lady Melania Trump. Here's to the sneak peek to the best photos of Trump's visit.

US President is on a two-day-long journey to India along with the First lady Melania Trump. The couple was received at the Sardar Vallabhbhai Patel International Airport by Prime Minister Narendra Modi in Ahmedabad, Gujarat.

While the internet was flooded with pictures about the event, here's a sneak peek to the best photos of Trump's visit to Ahmedabad. 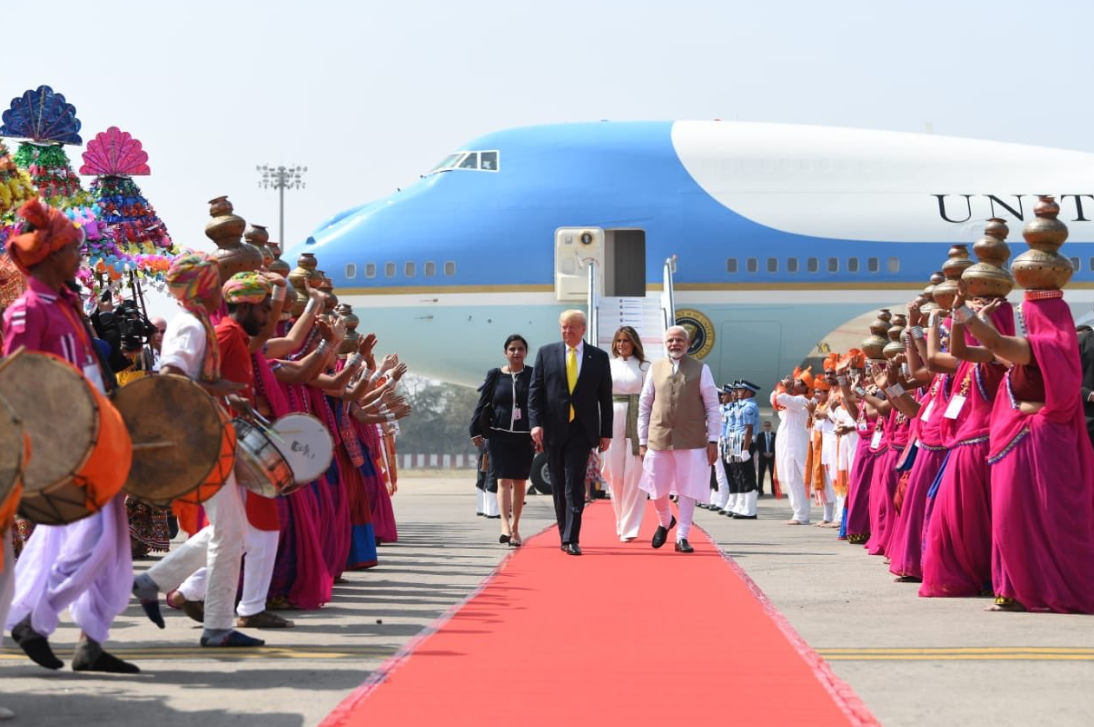 READ | Ahmedabad: Students perform at the Airport Circle as a gesture of welcome for Trump

2. Soon after meeting with the US President, PM Modi welcomed Trump with a big hug as a symbol of brotherhood. The picture went viral and grabbed a lot of netizen reactions as they shared the image. 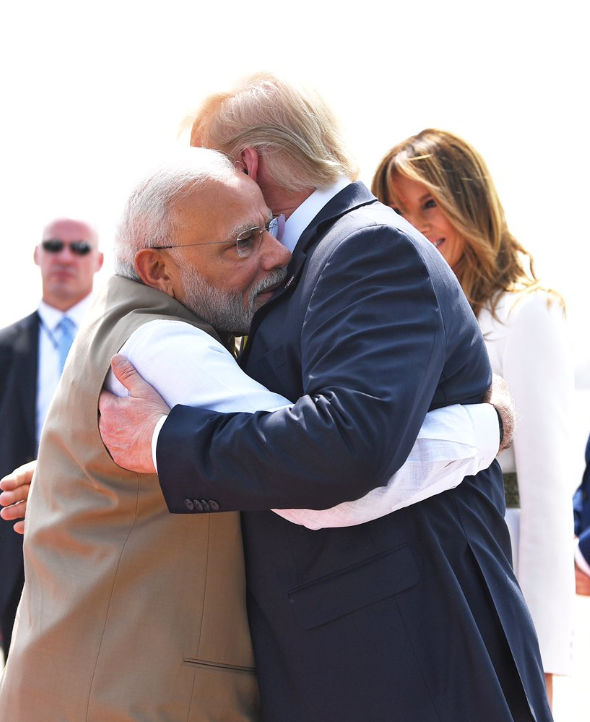 3. Trump along with the First lady pays tribute to Mahatma Gandhi at Sabarmati Aashram. Workers from the Sabarmati Ashram gave them a demonstration of the Charkha and how Mahatma Gandhi used the wheel to weave. 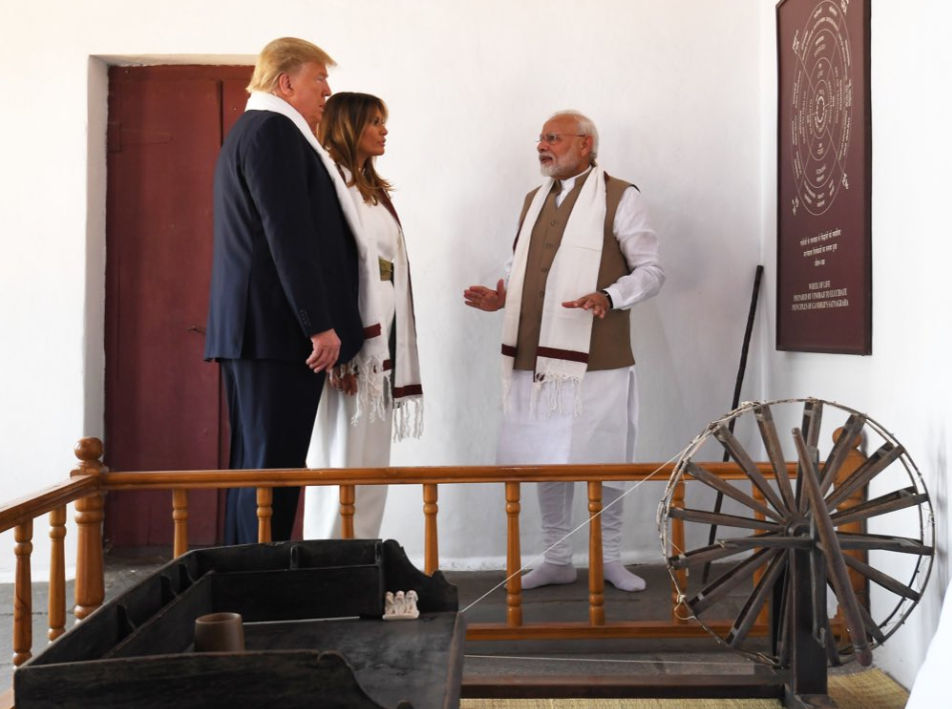 4. The two 21st century leaders are seen sitting under Bapu's photo. Gandhiji's life and teachings have inspired generations of Indians and Americans. The two were welcomed with garlands at Mahatma Gandhi's ashram following which PM Modi gave them a tour of the place. 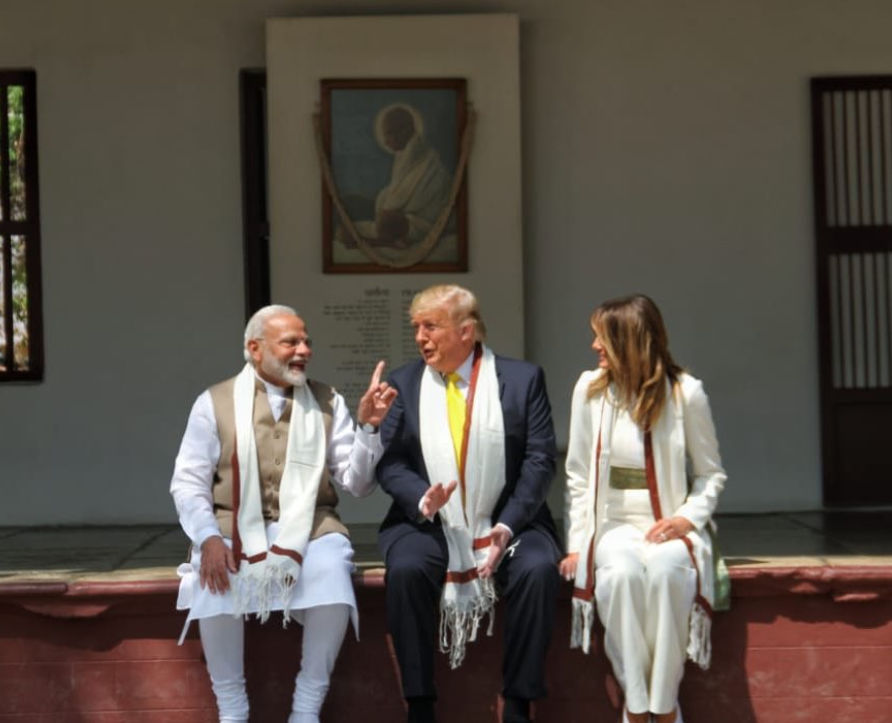 5. The leaders of the two largest democracies of the world then go to Motera Stadium for NamasteTrump event. 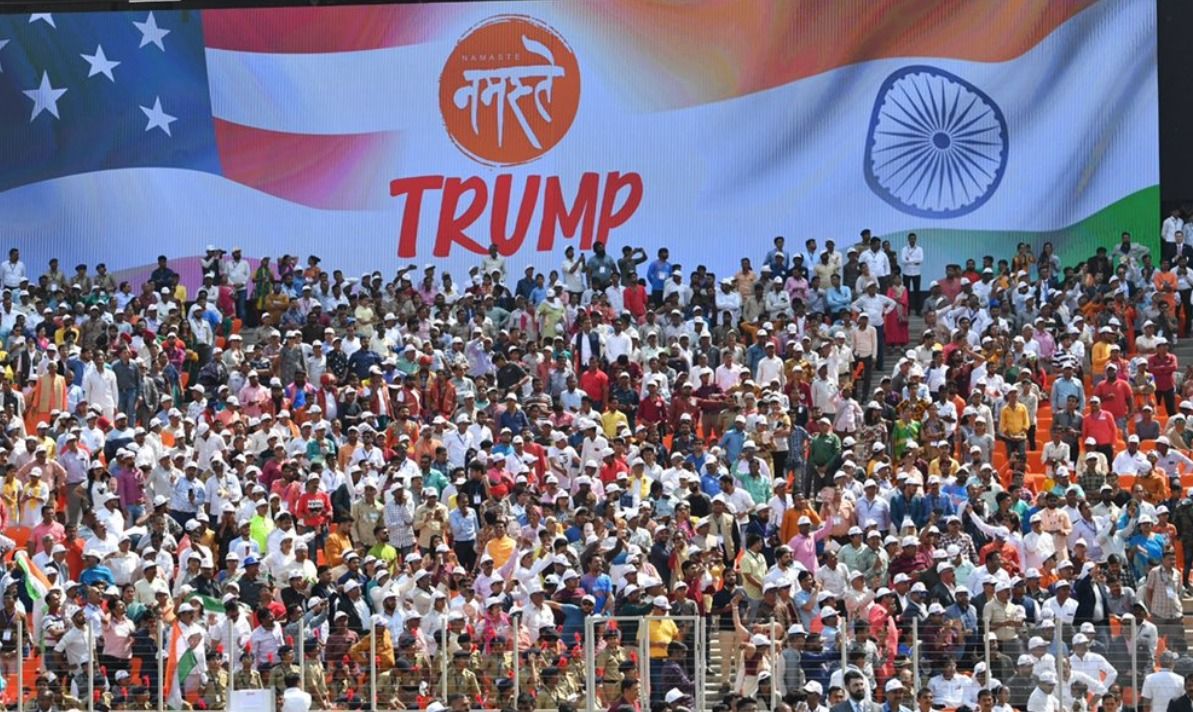 6. PM of India addresses the audience at stadium. He points out America as the largest trading partner of India. PM also remembers world's largest statue and largest stadium of cricket in the world. 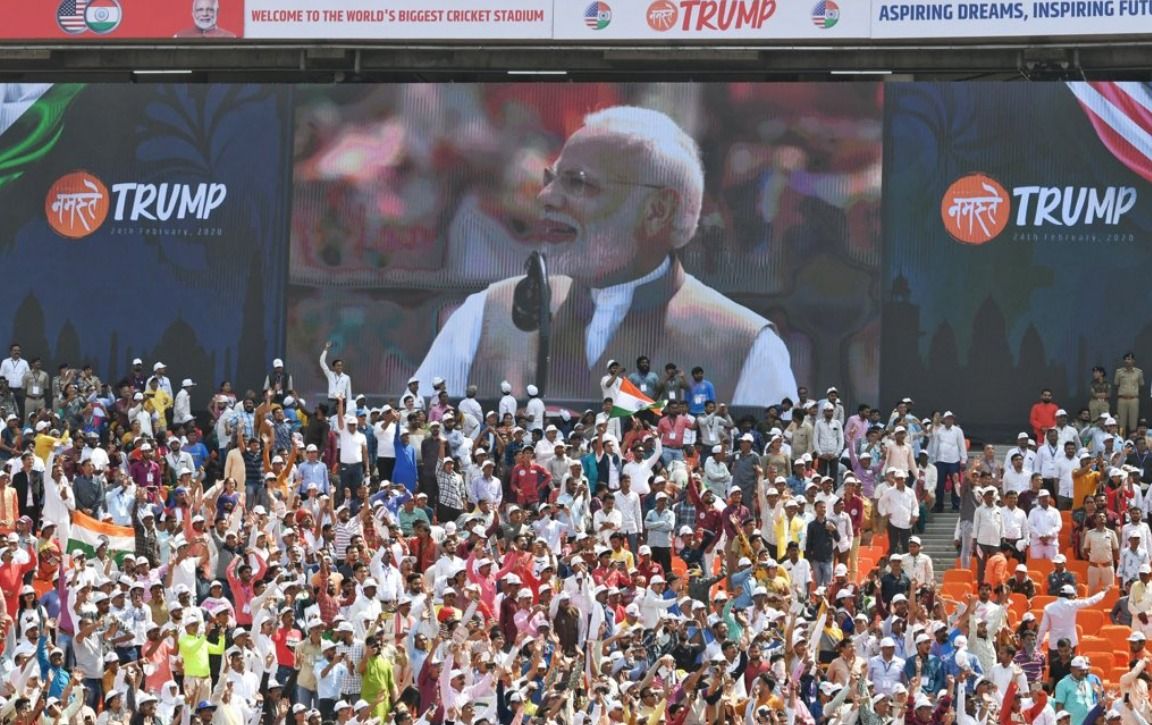 7. Both leaders speak about the enduring strength of the India-US relationship. 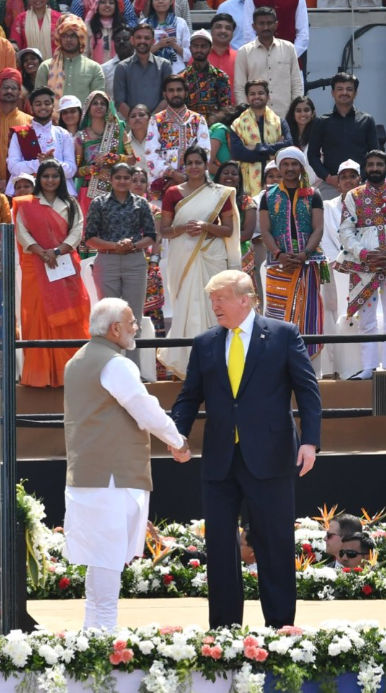 Donald Trump later arrived in Agra to visit the iconic Taj Mahal along with First Lady Melania. The two will reportedly fly to Delhi shortly after.

READ | UP: Trump and First Lady to receive souvenir during their visit to Taj Mahal