Sri Sri Ravi Shankar and several other spiritual leaders are set to attend inauguration event of the Kashi Vishwanath Corridor that will be flagged by PM Modi. 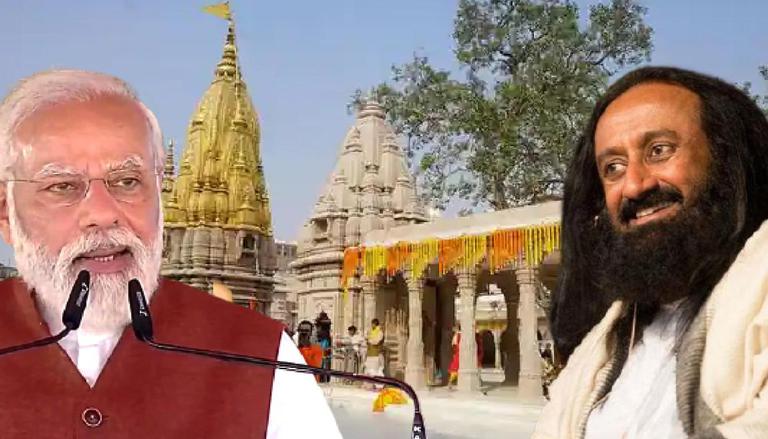 
With a message of congratulations, Spiritual leader and founder of the Art Of Living Foundation, Sri Sri Ravi Shankar on Sunday hailed the new Kashi Vishwanath Corridor, saying lakhs of people will visit this holy site for ages. Taking to Koo, the spiritual leader said Prime Minister Narendra Modi 'has given such a gift to the country'. Sri Sri Ravi Shankar is also among a large number of spiritual leaders, saints and seers who are slated to attend the inauguration of the mega project in the heart of Varanasi on Monday.

"A grand temple courtyard is going to be inaugurated in the city of Kashi, which has been the focal point of the culture of India. Our respected Prime Minister ji has given such a gift to the country forever by making such a wonderful construction which is beyond everyone's imagination," he wrote on Koo.

"Where Dharma is awakened, there happiness, prosperity and contentment begin to flourish together. Millions of crores of people will come here for centuries from today. Many congratulations to @narendramodi ji and @myogiadityanath ji for this phenomenal work," tweeted the leader.

Varanasi District Magistrate Kaushal Raj Sharma on Sunday said about 3,000 people will attend the grand event billed as -- Divya Kashi, Bhavya Kashi -- on Monday, and in the presence of several leading saints of the country, phase one of the project will be dedicated to the people by PM Modi. The temple premises have also been decorated with flowers to welcome the guests, which include several VVIPs. Apart from Art of Living founder, Kanchi Shankaracharya, Jagadguru Shankaracharya Swami Vasudevanavda Saraswati, Morari Bapu, Rameshbhai Oza, Sadhvi Ritambhara, among others will also attend the event, informed the District official.

On the eve of the event, Modi tweeted, "Tomorrow, 13th December is a landmark day. At a special programme in Kashi, the Shri Kashi Vishwanath Dham project will be inaugurated. This will add to Kashi's spiritual vibrancy. I would urge you all to join tomorrow's programme".

The Shri Kashi Vishwanath Dham project will be flagged off by PM Modi at a special programme in Kashi which will be followed by other functions to celebrate the momentous occasion on Monday.