The proactiveness of Maharashtra Police has saved the lives of many who could have been infected with the novel coronavirus COVID-19 had the Tablighi Jamaat carried out with their event in Vasai on March 14.

According to documents accessed by Republic TV, Maharashtra Police had denied permission to Tablighi Jamaat on March 6. This was at a time when the country was not even under lockdown but the state had already witnessed a few cases of COVID-19 infection. This timely decision of the police ensured that Tablighi Jamaat could not carry out a congregation of Nizamuddin scale in the state.

Republic TV has learnt that the Jamaat had already begun preparations for the Vasai congregation in January. They had also secured political permissions to go ahead with a large scale congregation in Mumbai. But in March, IG Konkan Range Niket Kaushik and his team decided to take a hard look at the repercussions of a large scale gathering at a time when the pandemic was spreading its tentacles in the state. The decision was taken after details of the event and number of attendees was discussed in a meeting convened by IG Konkan Range.

The police took a considered decision after realising that there would be several foreigners who would be attending the congregation. “We could not have allowed such a large gathering at a time when there were growing number of COVID-19 cases. Hence we decided to cancel the permissions,” said Niket Kaushik, IG, Konkan Range. 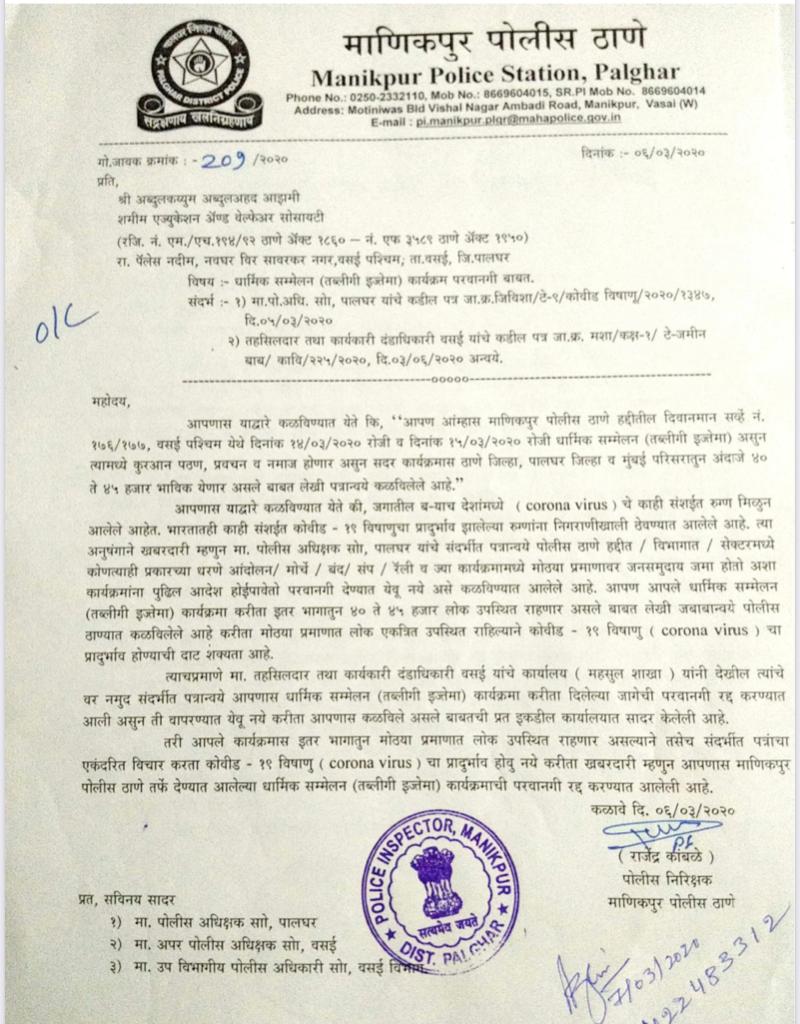 Around 13 Tablighis from Bangladesh and 8 Tablighis from Malaysia were taken out from a masjid in Mumbra, Thane on Wednesday and their swab samples have been sent for testing. Maharashtra Police has already registered FIRs against office bearers of masjids where the police found Tablighis hiding and not cooperating with the police teams.