UP Student Wears Wig With Complete Bluetooth Setup To Cheat In Exam; Caught On Camera

The student who hails from Uttar Pradesh was caught while he was appearing for the examination of UP sub-inspector. He was wearing wig with a Bluetooth device. 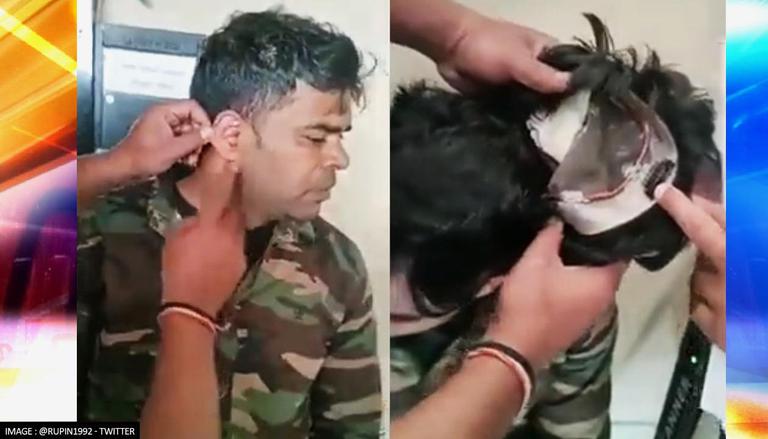 
Students preparing for the government exam often take to social media to initiate a campaign against the concerned State or the Central government seeking regular vacancies and exams. However, an innovative student from Uttar Pradesh took cheating to another level that might be shocking for all. A youth, probably 25-27 years old, was caught by the security personnel when he was trying to cheat in the examination. However, when the student unveiled the whole setup, even the security personnel were shocked by his creativity. Watch the viral video here:

According to a video shared by IPS officer Rupin Sharma on his Twitter handle, the student who hails from Uttar Pradesh was caught while he was appearing for the examination of UP sub-inspector. While investigating the candidate, the policemen found the student placed a wig on his head along with fitting earphones to its auditory sense. The security personal also found two AirPods inside his ears. Interestingly, the size of the AirPods was so small that the candidate himself failed to remove the device from his ear.  Meanwhile, the tweet which has the video was captioned to read, "#UttarPradesh mein Sub-Inspector’s EXAM mein #CHEATING #nakal k shaandaar jugaad (Sub Inspector’s exam in Uttar Pradesh sees cheating, copy with great jugaad)", is now going crazy viral on the microblogging platform.

Since being shared some 15 hours ago, the video has garnered over 34k views and the count is still going on. Netizens also flooded the comment section with witty remarks. While some netizens also hailed the innovative style of cheating and humorously demanded to fill the recruitment application for spy examination. "Right candidate for #CyberCrime dept. Hire him immediately," wrote one such user. "So it was a trial run of cheating?" commented another user. "This is a sad commentary on opportunities for a career in this country if aspirants think of using such methods," wrote another Twitter user.

If there was a Nobel prize for cheating, this guy would be amongst the front runners.

Have a look at similar cheating jugaads 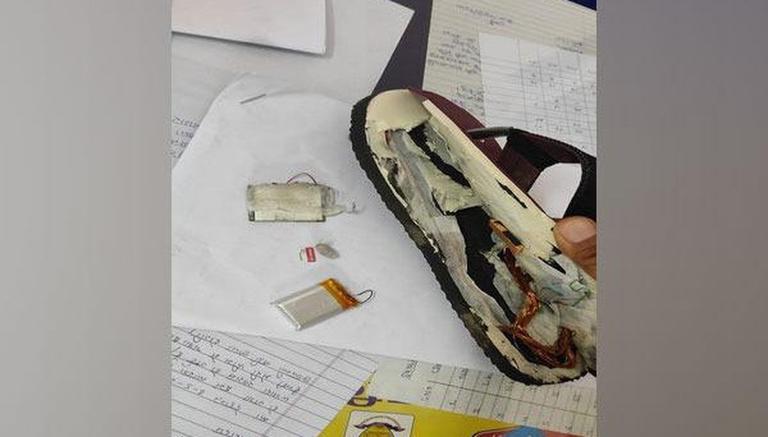 Meanwhile, this was not the only case when the country witnessed such innovative ideas from the students while appearing for the competitive examination. Earlier in September this year, Rajasthan police busted a racket in which candidates were wearing slippers" with Bluetooth devices fitted inside the sole. Initially, the police caught one candidate, but after investigating, the candidate revealed about five more students who were appearing with the same style. "The chappal is such it has an entire phone inside and a Bluetooth device. The candidate had a device inside his ear and someone from outside the exam hall was helping him cheat," police officer Ratan Lal Bhargav said.