Who Is Guru Adi Shankaracharya? All About Deity Regarded As Reincarnation Of Lord Shiva

Conceived to be an incarnation of Lord Shiva, Adi Shankaracharya had catalysed his works towards the revival of 'Sanathan Hinduism' 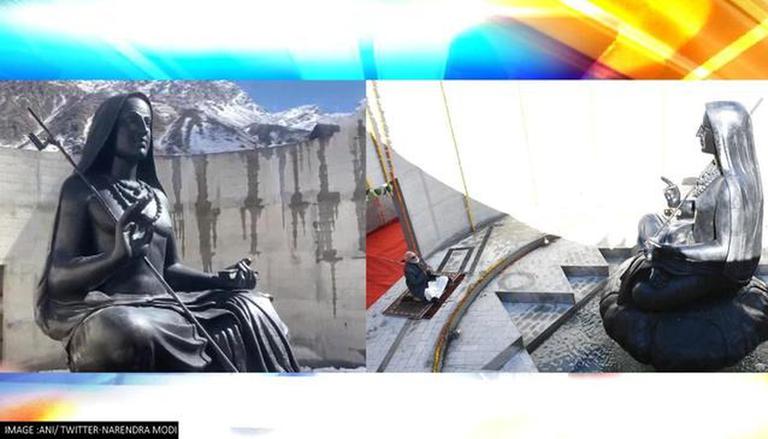 
Guru Adi Shankaracharya (born 8th century A.D.) was an Indian philosopher who is often considered as a saviour of Hinduism when it was at its darkest phase due to foreign invasion. Regarded as an incarnation of Lord Shiva, Adi Shankaracharya had catalysed his works towards the revival of 'Sanathan Hinduism' while strategically reestablishing its essence through notable literary works and extensive travel. It is pertinent to note here that the theologian's work had a massive impact on the doctrine of Advaita Vedanta (school of Hindu philosophy).

Prime Minister Narendra Modi who is currently visiting Kedarnath, Uttarakhand unveiled a 12-feet high statue of Guru Adi Shankaracharya. The Prime Minister first offered prayers at the Kedarnath temple, performed 'aarti' of Lord Shiva and then undertook the circumambulation of the shrine.  In a tweet shared by the PM, he can be seen sitting in front of the magnificent statue with folded hands. Take a look at it below.

No words are enough to do justice to the monumental contribution of the great Adi Shankaracharya towards preserving our culture. In Kedarnath today, I had the honour of dedicating to the nation the Shri Adi Shankaracharya Samadhi. pic.twitter.com/niV2Gg2Hd9

While unveiling the statue, PM Modi hailed the contributions of Adi Shankaracharya towards the Hindu community. While mentioning that he was honoured to dedicate this statue to the nation, PM Modi asserted that words couldn't do justice to what Adi Shankaracharya had done for the preservation of Hinduism.

How did Adi Shankaracharya revive Hinduism from its darkest phase?

Guru Adi Shankaracharya was born at Kaladi, Kerala at a time when other religions had an upper hand over Hinduism. Situations were so drastic that corrupt practices had crept into Hinduism and the various sects of the religion tried to propagate travesties rather than truths of the Vedic religion. With an intention to spread the connotations of Hindu scriptures and Advaita philosophy, Adi Shankaracharya travelled across India; in a bid to reinforce the doctrine of Hinduism. He saw Bhagwat Gita as an essence of Vedanta.