In a major revelation that counters Mumbai Police Commissioner Param Bir Singh's allegations, Republic TV on Thursday accessed the FIR filed by the Mumbai Police on the complaint of Nitin Deokar, the Deputy General Manager of the Hansa Research Group Private Limited. This company is responsible for installing and maintaining the Bar-O-Meter of the Broadcast Audience Research Council (BARC). Arrested by the Mumbai Police, Vishal Bhandari- the Relationship Manager of the Hansa Research Group Private Limited has revealed that India Today and other channels instigated him and offered money to panel homes, where Bar-O-Meter is installed.

As per the complainant, some persons try to increase the ratings by making panel homes watch certain channels against payment of money. He added that a manipulative TRP rating causes several advertisers to part with huge sum of money to undeserving channels. Moreover, Deokar revealed that a person named Vinay asked Bhandari in November 2019 to approach 5 homes and ask them to watch India Today daily for two hours. As per Bhandari’s own confession to the BARC Vigilance team, Vinay paid him Rs.5000 as commission for distributing Rs.1000 among 5 panel homes. An audit inquiry by BARC confirmed that 5 households were indeed bribed to watch India Today daily for minimum two hours from November 2019 to May 2020.

In effect, the complaint over which Mumbai Police Commissioner Param Bir Singh had earlier on Thursday held a press conference and proceeded to claim he would investigate a TRP Scam had actually named India Today, and not Republic TV.

Read: "We Watch Republic On Our Own Accord": Netizens Back Arnab; Trend #WeStandWithRepublic

Here is the copy of the FIR in English: 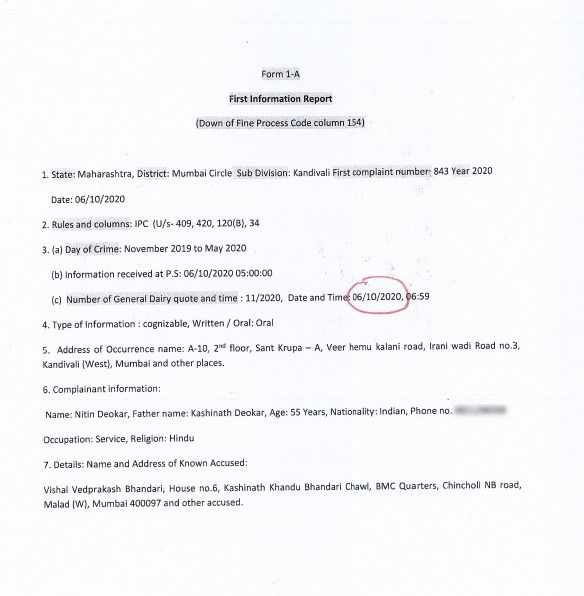 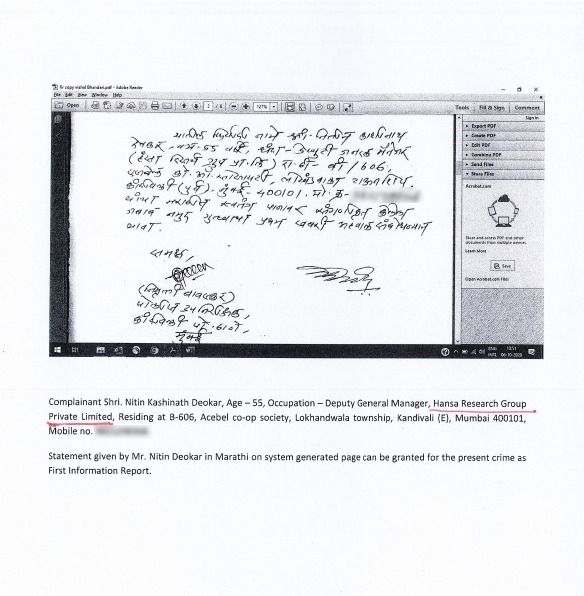 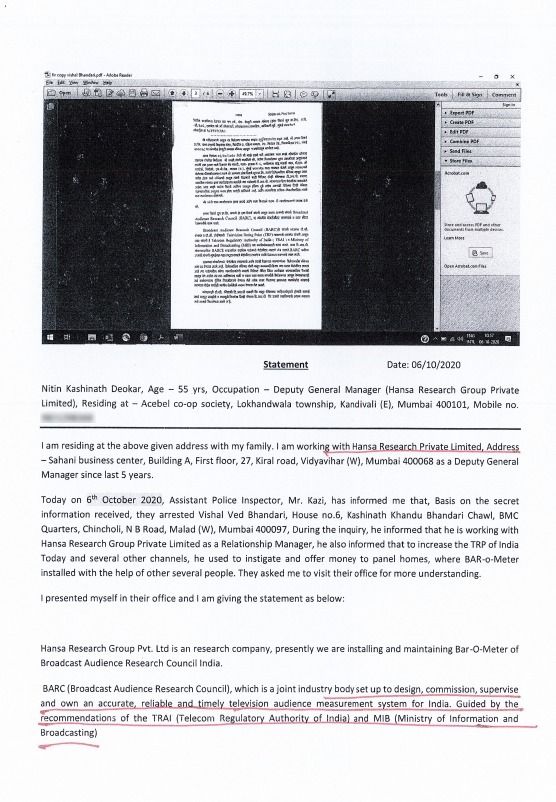 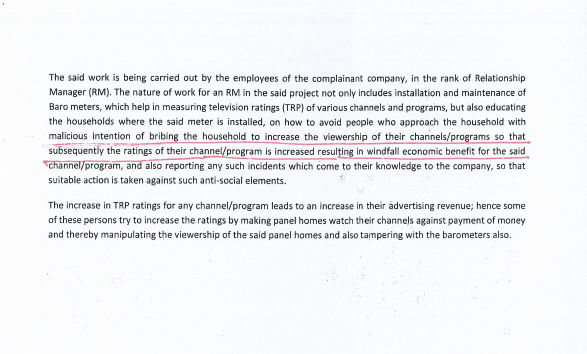 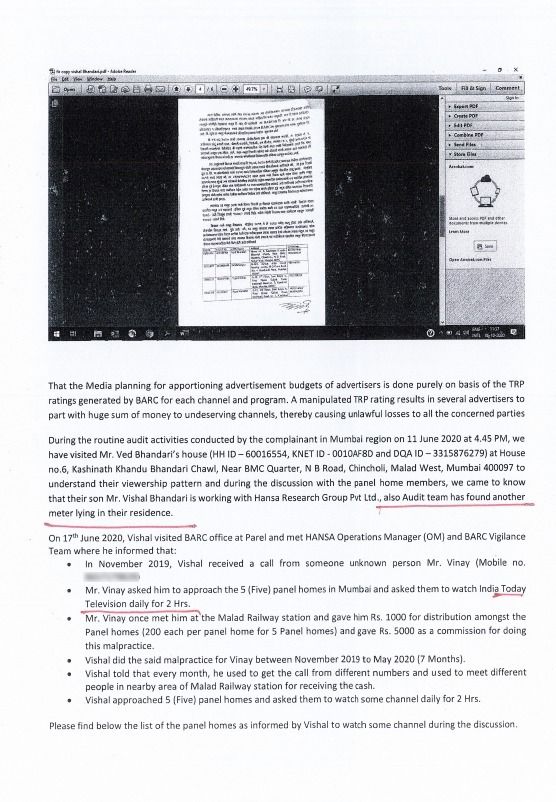 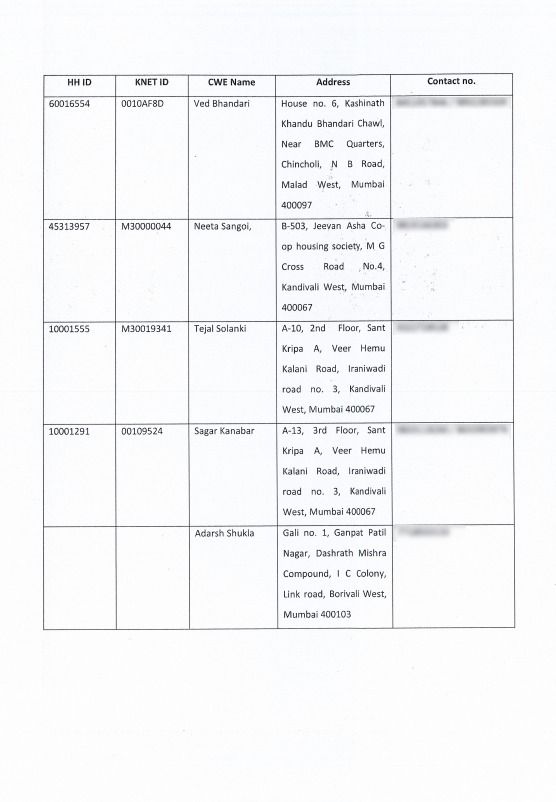 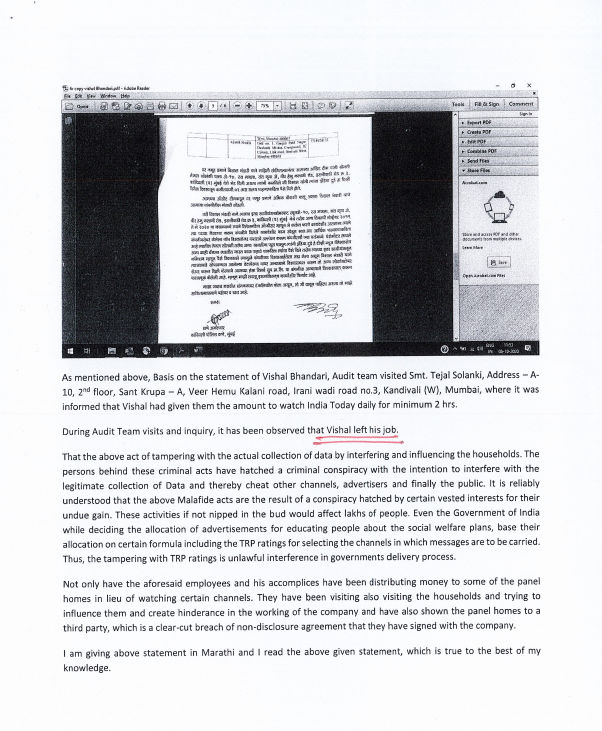 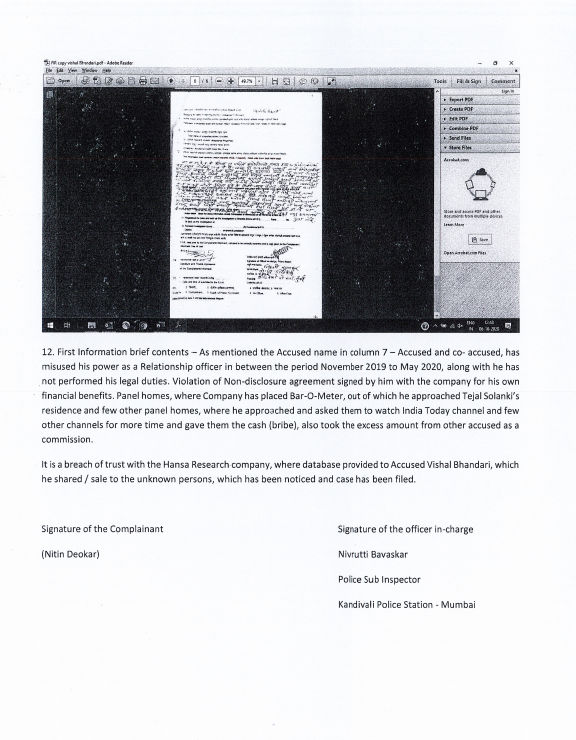 Here is the Marathi FIR: 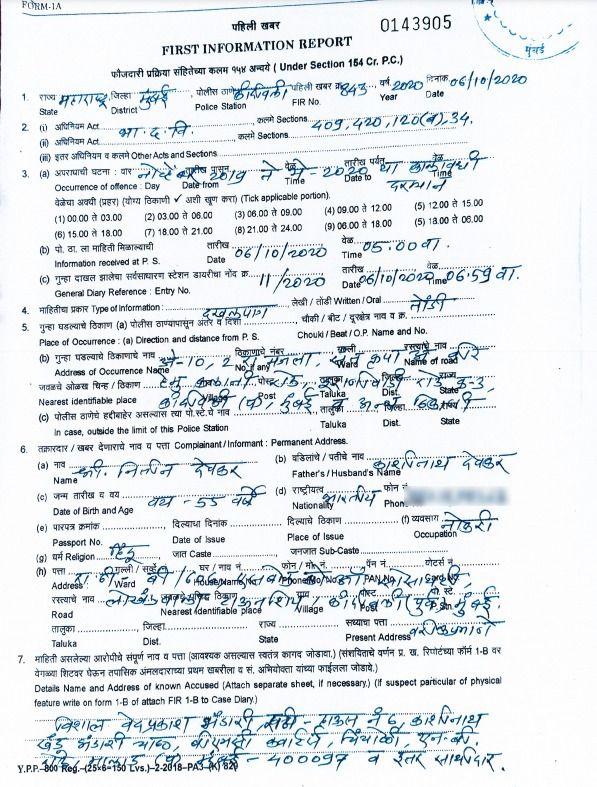 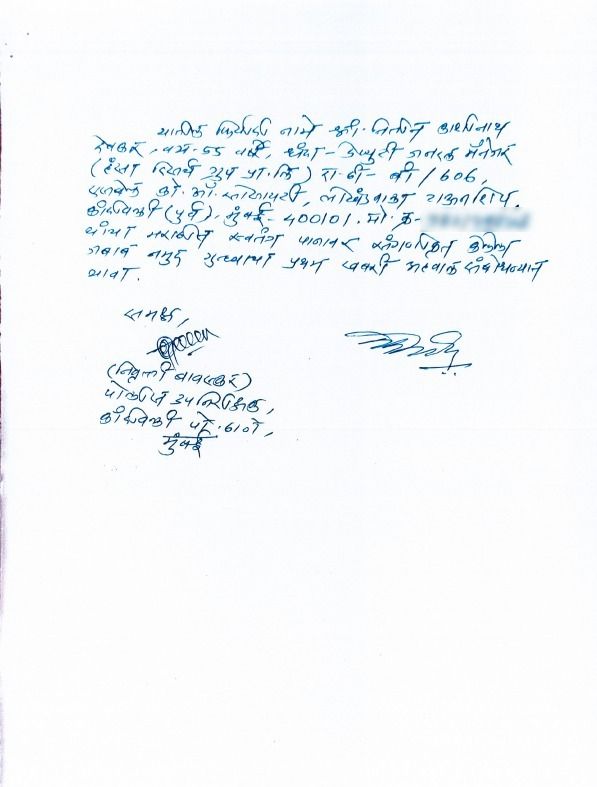 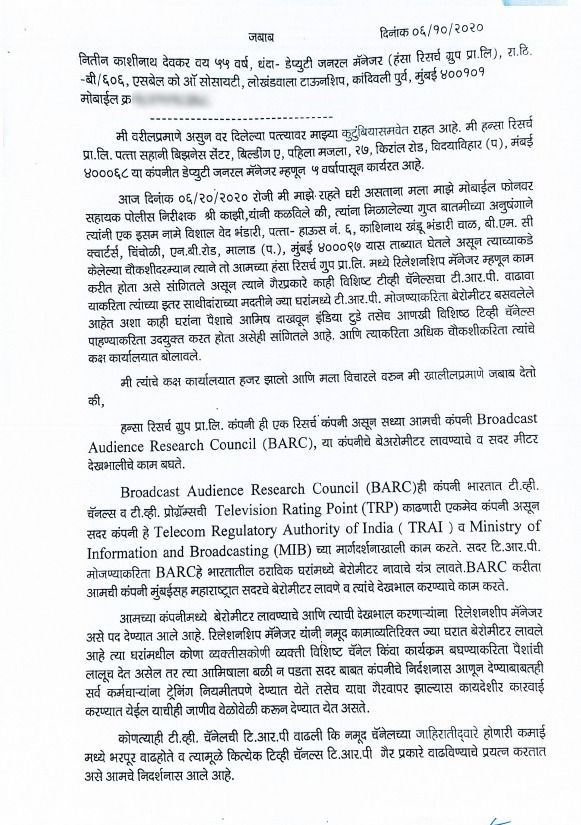 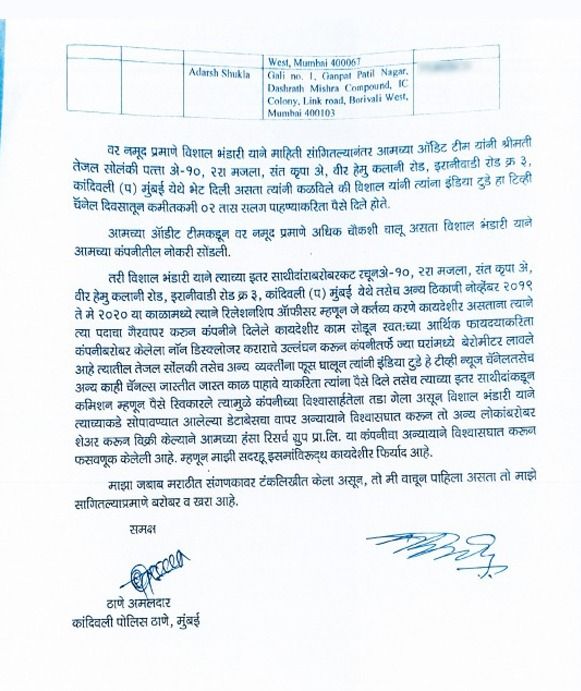 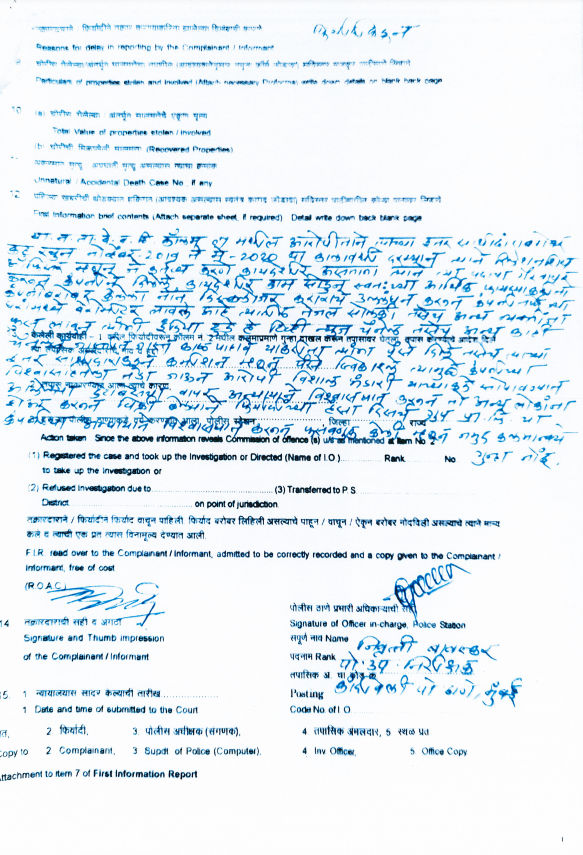 Responding to false allegations made against Republic TV by Mumbai police Commissioner Parambir Singh, Republic Media Network's Editor-in-Chief Arnab Goswami issued a statement earlier in the day announcing that Republic TV will file a criminal defamation case against the Mumbai Police Commissioner. Arnab made it clear that BARC has not mentioned Republic TV in a single complaint.

He stressed that these charges have been levelled because the Republic Media Network questioned Param Bir Singh in the Sushant Singh Rajput death case. Arnab stated that such action only strengthens the resolve of everyone working at the Network to push for the truth even harder. He urged the Mumbai Police Commissioner to issue an official apology and face legal proceedings.

Here is the full statement: