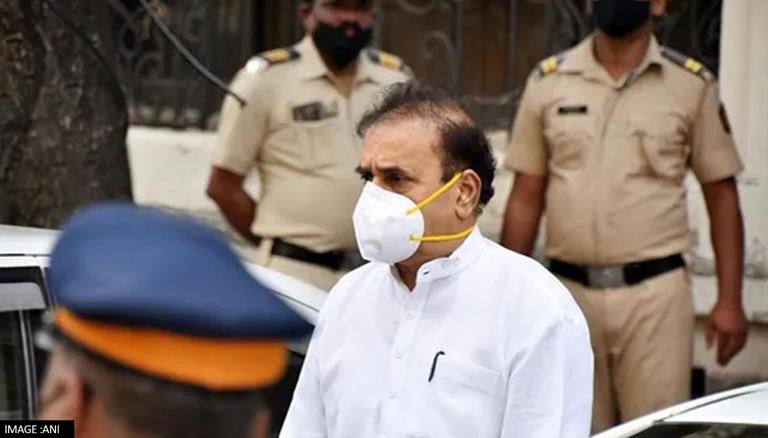 
In yet another setback for ex-Maharashtra Home Minister Anil Deshmukh on Sunday, Bombay High Court set aside sessions court order remanding him to 14-day judicial custody in a money laundering case. The HC has now granted the Enforcement Directorate (ED) custody of the 73-year-old NCP leader till November 12. Deshmukh was arrested by ED on Monday in connection to a money laundering case after 12 hours of investigation.

He was arrested on Nov 1 in a money laundering case.

On Saturday, a Mumbai sessions court remanded Deshmukh to 14-day judicial custody in connection to a money laundering case. While the Enforcement Directorate (ED) had sought nine days custody for additional probing, the court denied it the same. Moreover, his son - Hrishikesh Deshmukh - who has sought anticipatory bail in the same case - was denied interim relief after a sessions court adjourned his plea hearing.

On Monday, Anil Deshmukh was arrested and later was sent to ED custody till November 6, in connection to a PMLA case. In course of the investigation, ED claimed that there are 13 companies controlled by Deshmukh's family and another 14 controlled by his associates which have been utilized for the purpose of infusion of 'ill-gotten' money of Anil Deshmukh.  The agency also noted that the ex-Maharashtra HM was also 'directly involved' in the offence of money laundering - referring to Param Bir Singh's accusation of collecting Rs 100 crores.

The agency has already attached immovable assets worth Rs.4.2 crore allegedly belonging to Deshmukh and his family members. It has also arrested  Sanjiv Palande - Deshmukh's personal secretary, along with Kundan Shinde (Deshmukh's personal assistant) for their alleged involvement in the money laundering of Rs 4 crore. Deshmukh's son - Hrishikesh has also been summoned for questioning by the ED in the same case, but he has sought 7 days of additional time while applying for pre-arrest bail.

Earlier in April, in an 8-page letter to CM Thackeray, Param Bir Singh alleged that Sachin Vaze had been given a target of 'accumulating Rs 100 crores a month' from 1,750 bars, restaurants and other establishments in Mumbai - collecting Rs 2-3 lakhs from each. He added that the then-Home minister had said that a monthly collection of Rs 40-50 crores were achievable from such establishments and the rest could be 'collected from other sources'. Deshmukh refuted all 'extortion allegations' and later resigned after the HC allowed a CBI probe into Singh's allegations. Param Bir Singh himself has reportedly fled the country amid multiple extortion cases slapped against him.